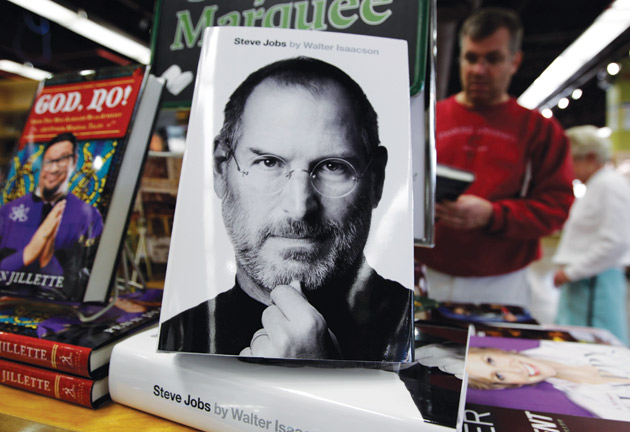 Walter Issacson, author of the authorized biography Steve Jobs and president and CEO of the Aspen Institute, will address attendees at the Leadership Luncheon of RIMS 2012 Annual Conference & Exhibition on April 18. Isaacson, who has also served as chairman and CEO of CNN and editor of Time magazine and has written biographies on Albert Einstein and Benjamin Franklin, will share his unique perspective on leadership and business.

RM: What was it about Steve Jobs that made him, and by extension Apple, so successful?

Isaacson: I think there were certain secrets to his success. The most important was focus. He was able to filter out all distractions. For example, when he comes back to Apple in 1997, they’re making 60 different products. He finally stands at a whiteboard and makes a four-square grid that says: home, office, laptop, desktop. He says, “We’re going to make four computers and cancel everything else.” And that focus really got Apple back on track.

Likewise, simplicity was another one of the lessons. He felt that you had to really understand the depth of engineering of a product to make it simple. For example, with the iPod, he insisted that you be able to get whatever you wanted with only three clicks. The engineers kept saying “we can’t do it,” and he would find ways to show them how it could be done.

RM: Can other companies duplicate his management style or was it more unique to Jobs and Apple in general?

Isaacson: People mistakenly think that his management style was just about being rough on people. He had rough edges, but the key was that he inspired people. I get frustrated when people say he was such a jerk. They’re missing that he was also compelling, charismatic and inspiring. It’s dangerous to think that being rough on employees is the only way to succeed. Instead, his success came from driving employees to do things that they didn’t know they could do.

RM: Key person risk is an important concern for many companies, probably none more so than Apple. So how do you think Apple will fare as it transitions to life without Jobs?

Isaacson: I think that a combination of [Apple top executives] Tim Cook, Jony Ive, Phil Schiller, Eddy Cue and others can, in total, bring the passion for product that Steve had, which is why Apple is still doing so well. I think that he ingrained in the company his ability to combine art with technology, and everybody there gets that. They all believe in making beautiful, well-designed, aesthetic products. However, when he left Apple the first time, the company did fine for four or five years and started failing. The danger is not that it will start failing now but will it be strong five to ten years from now?

RM: For a company that is considered extremely innovative, Apple also seemed somewhat risk-averse in that it didn’t pioneer new technologies like mp3 players or smartphones, but rather followed other companies into the market before eventually surpassing them. Was this strategy emblematic of Jobs’ personal risk appetite?

Isaacson: The risk that he took was in doing things that other people thought would not succeed. Not that he got the technology first, but rather that he put it together and decided that a portable music player, for instance, would transform the music industry when everybody else was saying, “Well, other companies are making mp3 players and they stink.” So it wasn’t like he invented the music player. It is just that he pushed the notion by making them really great so he could transform the experience.

Isaacson: Right. He would call it “betting the company” on a strategy. It wasn’t like they were going to make 40 peripheral products and see which one worked. They bet the farm on the iPod, which was the first real peripheral they built, and they bet the farm on the iPhone. He was able to package these new devices in a very artistic and appealing way. Sony was trying to make mp3 players, and Microsoft was trying to make tablets. But none of them had the passion to make them really well and to just bet that if you made a great one you would be able to sell it for more than anyone else and sell more copies.