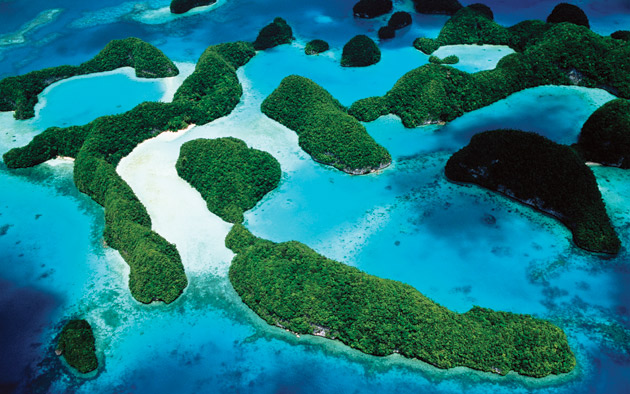 How high and how quickly sea levels will rise over the next century largely depends upon how much global warming is the result of human greenhouse gas production or earth's natural temperature cycle. Regardless of the cause, however, ice melt and the expansion of warming oceans, coupled with increased storm surge flooding, could put anyone who lives within four feet of high tide underwater by 2030, according to estimates in a study by the nonprofit research organization Climate Central. In the United States, that means nearly five million people could be in the direct path of rising seas.

Of course, the United States is not the only country that will be affected. For low-lying nations, such increases would be catastrophic. Island nations such as Tuvalu, the Marshall Islands and the Seychelles all face uncertain futures due to climate change that could one day threaten their very existence.

Recently, the island nation of Kiribati, which stands only a few feet above sea level, made headlines after its president announced a plan to buy 6,000 acres of land in Fiji. Many speculated that the property was to be a refuge for Kiribati's population should rising seas claim their homeland. The government later said that the land purchase was for investment and agricultural development, and that relocation was only a "last resort." Kiribati has also considered building sea walls and even a floating island to protect itself, but these measures would likely be too costly for the impoverished nation, which has an annual GDP of only $1,600 per person.

This was not the first time that a country has had to discuss climate change-related relocation options. In 2005, when half of Bhola Island in Bangladesh was permanently flooded by rising seas, 500,000 were left homeless and became what many have called the world's first "climate refugees." In 2009, in an effort to avoid a similar fate, the president of the Maldives discussed a plan to buy land from India, Sri Lanka or Australia in case Maldivians had to one day leave their country - a distinct possibility since some scientists have predicted that the entire island chain will be underwater by 2100.