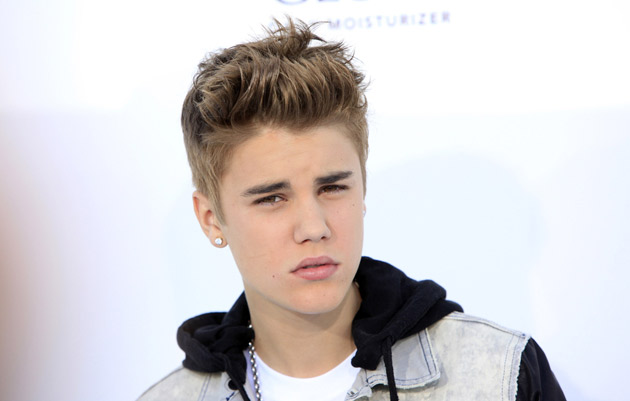 Recently, I saw Ace Frehley, the ex-lead guitarist of the rock band KISS, play a show in a Manhattan club. Not only was it a good dose of nostalgia (I dressed up as Ace for multiple Halloweens as a kid -- and once in my 30s, truth be told), but it was also the single loudest concert I have ever attended.

It was so loud that every so often I had to angle my head away from the speakers because it felt like the guitar solo was tearing through my eardrums. It was pretty uncomfortable at first, but I wasn't about to let a little temporary tinnitus ruin the experience of seeing one of my childhood idols. I will admit that I finally understood why some attendees in my age bracket were sporting earplugs though. I suppose it's like a veteran ballplayer wearing a knee brace. It's better to be protected than risk permanent damage.

In a recent lawsuit, an Oregon woman named Stacey Wilson Betts claimed that she suffered permanent hearing loss from screaming fans at one of the pop star's shows two years ago. Evidently, when the Biebs got into a heart-shaped gondola contraption so that he could be pulled over the audience, he "created a wave-like effect of screaming by pointing into various sections of the arena." Bieber then whipped the crowd into a frenzy by "continuously waving his arms in a quick and upward motion." The gondola supposedly "acted as a sound conductor, creating a sound blast that permanently damaged both my ears," she claimed. Betts is suing Bieber, his record label and the venue's management for $9.2 million for hearing damage allegedly caused by the incident.

I can actually sympathize with this woman to a certain extent. Personally, if I had to attend a Justin Bieber concert, I would pray to be struck deaf. But while I'm not up on the cutting-edge science of so-called "sound blasts," it seems pretty ridiculous not to expect that it might get a little loud at a concert given by a mega-popular teen idol like the Biebs. That sort of thing has only been going on since the Beatles were doling out heart palpitations and fainting spells to hysterical teenage girls back in the 1960s.

Usually it is the performers who complain of hearing loss. The Who's Pete Townshend is probably the poster child for rock star deafness, but the list goes on. Eric Clapton, Jeff Beck, Ozzy Osbourne and Townshend's bandmate Roger Daltrey all suffer from some sort of hearing loss after years spent on stages in front of stacks of amplifiers. Tinnitus forced Neil Young to switch to acoustic music in the 1990s, and Phil Collins retired from music, in part, because of his struggles with hearing loss.

Reportedly, a full 60% of Rock and Roll Hall of Fame members are hearing impaired. It is no wonder -- most rock concerts range anywhere from 100 to 120 decibels or more. Hearing loss typically becomes a risk after sustained exposure to sounds at only 90 to 95 decibels. Yet another reason for earplugs.

As frivolous as it sounds to sue rock stars for being loud, this is not the first case of an audience member taking an artist to court for concert-induced hearing loss. Motley Crue and U2 each paid up to $35,000 to settle cases brought against them in the 1980s and 1990s. Motley Crue dealt with the problem strategically by selling earplugs at its shows to help their fans and hopefully avoid further lawsuits. (Making a few extra bucks probably didn't hurt either).

More recently, in 2010, the band Whitesnake paid out a $40,000 settlement of their own to a couple who sued them for their hearing loss suffered at one of their concerts. Ex-Van Halen singer David Lee Roth and the Smashing Pumpkins have also been similarly sued over the years.

Of course, there is a big gap between $40,000 and $9 million so it is difficult to see how Stacey Wilson Betts will be successful in her faceoff against Justin Bieber. But if she is, concerts will probably be much quieter affairs and scoreboards will no longer be able to yell at us to "make some noise."

We'll just have to follow the lead of classical music audiences, politely clapping while listening to Beethoven. Who, of course, was deaf.