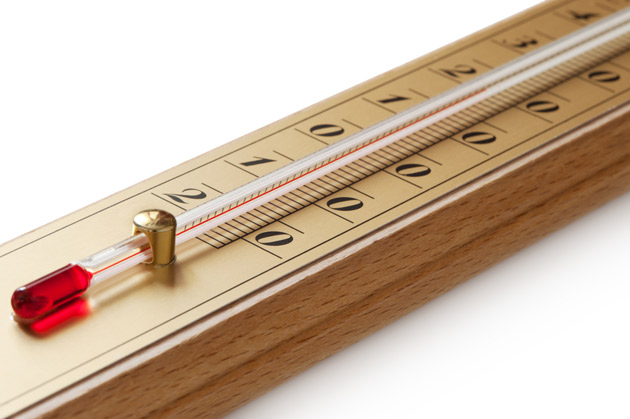 When it comes to Mother Nature, catastrophes such as hurricanes, earthquakes, tornados and floods usually get all the attention. And with good reason. From 2000-2011 catastrophes have produced more than 32.5 million insurance claims and have cost insurers $241 billion. The overall toll on the U.S. economy is certainly much greater.

But it is not just disaster-related weather that poses challenges to enterprises in the United States or across the globe. The U.S. Department of Commerce estimates that 30% of the entire U.S. gross domestic product is affected in some fashion by “everyday” weather.

The effects can be felt in retail sales. A severe thunderstorm, major snowstorm or wave of unseasonably warm temperatures can cause consumers to stay home. If there is no snow, for instance, the sales of snow shovels and other snow removal equipment will plummet and the revenue of ski resorts will suffer.

Where snowfall is heavy, consumers may buy more food, and the sale of ski tickets and winter clothing increase. Freezing weather in Florida can lead to an increase in the cost of oranges, which is not good for consumers but may be advantageous for suppliers. A mild winter in the Northeast can influence both the supply and the cost of heating fuels, which can hurt oil companies but put added buying power in the pockets of consumers.

These normal patterns are complicated, however, by the possibility of climate change. Although still widely debated by policymakers, an overwhelming scientific consensus believes man-made climate change to be responsible for the increasing weather anomalies in recent years. While none can individually be pegged directly to climate change, many experts have shared their views that it has caused, or acerbated, extreme drought in Texas over the past two years, mild winter weather in the Northeast, cold temperatures in the South and heavy snow in the West.

As a result, a number of insurers have identified climate change as a serious threat for the foreseeable future. The economic damage could be enormous to the growing risk inventory in areas likely to be affected by changing weather patterns. An important question, though, is, what will the effects of climate change really be?

While climate change may contribute to less snow in some places and more skiing in others, it may also have a negative effect on tourism in places like Florida. Warmer temperatures could result in an increase of intense hurricanes, and rising sea levels could erode Florida beaches. Scientists tell us that a warmer atmosphere holds more water vapor; as a result, storms and other weather events are expected to be stronger and more severe and could shift to areas that are not normally prepared for such events. Climate change is also reported to contribute to rising sea levels, which pose an increased threat to coastal properties.

Drought conditions attributed to climate change in various parts of the country create fuel for wildfires. Fires are anticipated every year in many areas. However, combine fire with intense winds and the results can be devastating across large areas. In many cases involving wildfires, the destruction left behind includes hundreds of homes. And even when the damage is not as extensive, it can be costly. For example, the only building ravaged by a Canadian wildfire in 2003 was a sawmill. Unfortunately, the mill was never rebuilt, and more than 150 people lost their jobs. Even wildfires that never reach man-made structures cost money in terms of the resources expended to combat the fire and isolate it from inhabited areas. In addition, fires and the efforts to fight them can render certain areas inaccessible, thus impeding or interrupting regular business operations.

In addition to property damage, business owners also need address the loss of business income from extreme weather. This loss can stem from two causes. One, the business itself is damaged or destroyed, and the inability to reopen causes a loss of income. With insurance, however, a business owner can protect against this type of loss. The other cause of lost income is more complex and difficult to overcome though. This is the loss of business that occurs when the local population cannot return to the affected area.

The devastation caused by Hurricane Andrew in 1992, for example, was so complete in parts of south Florida that many residents were forced to leave permanently. As a result, a number of businesses did not reopen because the customer base they relied upon never recovered. A similar situation developed in New Orleans following Hurricane Katrina. All companies must consider what they would do under similar circumstances.

Even less dramatic weather elements such as fog, rain and icing can cause personal injury and property damage. Wet conditions conducive to mold growth can create heath and property risk and increase the cost of repairs. These risks vary according to trends and cycles in weather parameters that result from climate change and natural weather oscillations.

Employee well-being is another source of concern. Workers need time to deal with their own property damage or just the cleanup that can be required after a heavy storm. They may need time to meet with insurance adjusters or building contractors to get through the rebuilding process. Employers can create staggered work hours so employees have time to deal with rebuilding issues, but this may limit production since operations are not fully staffed at all times.

Or, in some cases, a plant or place of operation is not damaged in a storm but the surrounding infrastructure is. This frequently occurs in flood-prone areas where employees are unable to reach the businesses where they work because roads are washed out. Although businesses are not damaged, they cannot open. This type of infrastructure damage can follow a heavy rainstorm and is not necessarily the result of only hurricane or tropical storm activity. But productivity may still fall and all companies — especially small businesses — need to have a plan to deal with the potential loss of revenue.

There’s nothing better than a sunny day at the beach or the comfort of shade on the backyard deck.  But weather can be fickle and wreak serious consequences on the economy and the commercial endeavors people pursue. Planning ahead and identifying the threats is an exercise can save a business from becoming a statistic.
Gary Kerney is assistant vice president of the property claim services division at Verisk Analytics, a provider of risk information and risk assessment based in Jersey City, New Jersey.

The Power of the Jellyfish