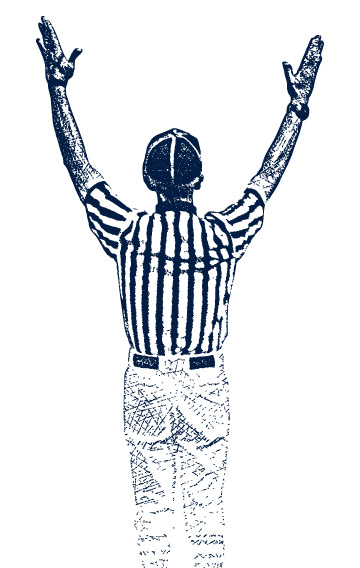 As professional sports leagues have become multi-billion-dollar businesses, players and team owners seem to be in constant battle for their piece of the revenue. And all too often, the result is the dreaded lockout.

The NBA just faced a lockout that delayed and shortened the 2011-12 season, while the NHL endured one lockout that forced the cancellation of the 2004-05 season and may be facing another that could threaten the upcoming 2012-13 season. Over in the NFL, regular season games have not been affected by work stoppages since the 1980s, but 2011 did see an offseason lockout that lasted four months and delayed the opening of training camps. And this year, with players and owners on the same page financially for a change, the league is instead facing a labor dispute with its officials.

At the heart of the dispute between the NFL and its officials is, of course, compensation. While the league has offered a plan that provides for annual increases between 5% and 11%, the referees contend that these raises would not even match what they received during their last negotiation in 2006. They believe that since annual league revenue has gone from $6.5 billion to more than $9 billion during this last contract period, they deserve more. As a result, the referees have offered a counter-proposal that they say would only cost each of the 32 NFL teams an extra $100,000 a year.

But salary may not even be the largest sticking point. One of the more contentious issues is that the NFL wants to make its officials work full time. Currently, referees work three or four days a week during the season to prepare for games and most hold down other full-time jobs. Ed Hochuli, for instance, is a successful trial attorney (and presenter at the 2012 RIMS Annual Conference & Exhibition), while Mike Carey owns a ski and snowboard equipment manufacturing company. Most of these individuals have no interest in giving up their lucrative day jobs.

So for the time being, the NFL has hired replacement referees who have already worked preseason games and received regular season game assignments should the league and the official’s union not reach an agreement before the start of the season on September 5. Despite assurances by the NFL that the replacements have been properly trained, reviews of their performance have not been positive thus far. In one preseason game between the New Orleans Saints and the Arizona Cardinals, officiating mistakes were so prevalent that players began openly mocking the referees, who took to arguing with each other. “We were all laughing on the sidelines at how clueless they were,” one player told CBSSports.com.

While a few blown calls by inexperienced officials might be somewhat embarrassing for the NFL, the larger issue is about how replacement referees will affect player safety. “That’s the concern for the players: Are they going to be able to keep up with the speed of the game and are they going to make the right calls that are going to make the players feel safe?” said Chicago Bears punter Adam Podlesh to ESPN. “In order to ultimately have a total protection of players like the NFL wants, you have to have good officials out there.”

Player safety has become a hot-button issue for the NFL, particularly as it faces multiple concussion-related lawsuits, including one filed by more than 2,000 former players in June alleging that the league concealed information linking head injuries to long-term brain damage. To its credit, the league has sharpened its focus on safety in recent years by making rule changes and doling out larger fines and suspensions for illegal hits. And in an effort to further instill a new culture of safety around the league, the NFL recently suspended Saints coaches and players for participating in a bounty program that rewarded players for injuring opponents during a game.

Football is a violent sport and players will inevitably get hurt. But if having properly trained personnel on the field helps reduce the risk of serious injury, it would truly be a shame if the NFL instead chose to jeopardize player safety in order to save a few dollars.