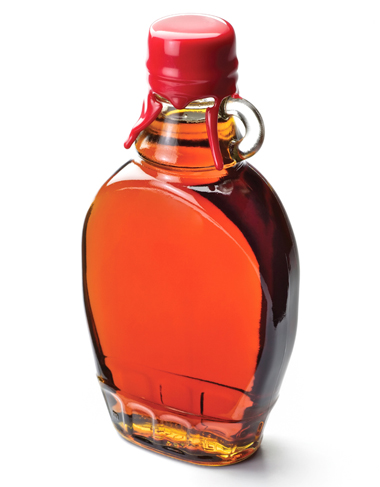 It is one of life’s truisms to say that people are passionate about bacon. After all, it’s delicious and goes great with almost everything. In the past few years, the cult of bacon has exploded thanks to devotees who have made big business out of bacon-themed products, from clothing, jewelry and candy to toothpaste, air fresheners and the bacon band-aids I received one Christmas. (Paper cuts never looked so delicious.)

So it was no surprise that when the UK’s National Pig Association announced in September that a global bacon shortage was “unavoidable,” bacon-lovers worldwide reacted like the Mayans were right and the end of the world was at hand.

It turned out, however, that the panic was unnecessary. Soon, bacon will likely be a bit more expensive, owing to a shortage of corn for livestock feed as a result of this year’s drought, but the supply should not be affected. Apocalypse averted.

But bacon hasn’t been the only breakfast mainstay under attack recently. In Mexico this summer, an outbreak of bird flu caused an egg shortage in the country after poultry farmers were forced to slaughter 22 million birds. The subsequent price hikes and reports of hoarding have proven to be a particularly difficult situation for a country that has the largest per-capita egg consumption in the world.

Meanwhile, the warmer-than-usual weather in 2012 has put a severe dent in maple syrup production. According to the Department of Agriculture, U.S. production is down 32%, or 1.9 million gallons, over 2011. This scarcity has pushed the price of maple syrup as high as $60 a gallon or more. So it probably wasn’t shocking, at least for anyone who understands the value of this sticky elixir, when the news broke in late August that thieves had engineered a daring heist of some $30 million worth of maple syrup from a warehouse in Quebec, Canada.

Evidently, during a routine inventory check, it was discovered that 10 million pounds, or 15,000 barrels, of maple syrup had been stolen—enough to fill one-and-a-half Olympic-sized swimming pools or 7.5 million bottles. In what must have been some tricky logistics, the thieves broke into the fenced-in and locked facility and actually siphoned the syrup into their own containers before spiriting it away for what is assumed to be black market distribution. In October, Canadian police uncovered more than 600 barrels of maple syrup in a New Brunswick warehouse some 300 miles away, but it is suspected that the remainder of the stolen syrup may already be gone.

Perhaps the most interesting part of the story, however, was that the stolen syrup was part of what is considered Canada’s “strategic maple syrup reserve.” While strategic reserves are usually mentioned in the context of oil production, the tactic seems to work pretty well for something as innocuous as maple syrup, too.

Quebec produces up to 80% of the world’s maple syrup since it has the ideal climate of warm days and cool nights that allows for optimal sap production in maple trees. But, as was seen this year in the United States, that crop can be sensitive to weather fluctuations. So in order to manage the risk of shortages interfering with syrup export revenue or inflating food costs, more than 10,000 maple syrup producers in Quebec banded together in 1966 to form the Federation of Quebec Maple Syrup Producers and create a strategic syrup reserve to keep supplies and prices level.

Before the theft, the reserve held 37 million pounds and was worth more than $111 million. Although the stolen inventory was insured, which is good for the financial well-being of the producers, its disappearance could limit maple syrup availability and raise prices for consumers this winter.

Personally, I’m not worried. I know it is sacrilege for some people, but I grew up putting the high fructose corn syrup-based stuff on my pancakes. Authentic maple syrup is too sophisticated for me anyway. Come to think of it though, we may have uncovered a couple of prime suspects. Aunt Jemima and Mrs. Butterworth always seemed like such nice ladies, but I think someone needs to check their alibis.