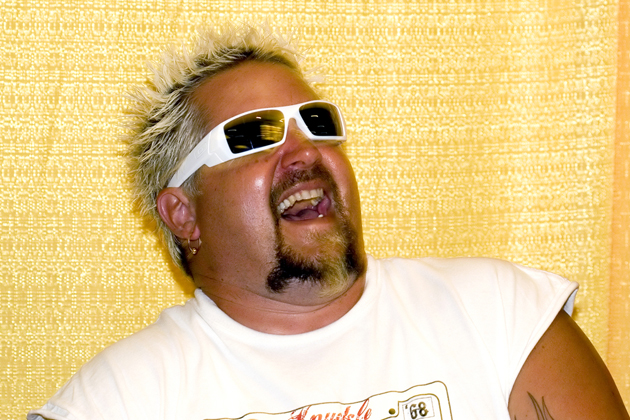 Last November, restaurant critic Pete Wells absolutely destroyed celebrity chef Guy Fieri’s new Times Square eatery in a now-infamous, and quite funny, New York Times article. Wells compared the taste of Guy’s American Kitchen & Bar’s watermelon margarita to that of radiator fluid and formaldehyde while wondering if there was a “long refrigerated tunnel that servers have to pass through to make sure that the French fries, already limp and oil-sogged, are also served cold.”

Adding insult to injury, the article quickly went viral and became one the Times’ most popular pieces, garnering more than 1,000 comments. In response, Fieri appeared on NBC’s “Today” show to do damage control, but it looked to be a case of too little, too late. Guy’s American Kitchen seemed destined to die of a bad reputation.

But then the opposite happened.

Proving the adage that “any publicity is good publicity,” the restaurant remained popular, and according to an article in Bloomberg BusinessWeek, some patrons were even dining there because it was known to be so bad. Somehow Guy’s American Kitchen had found a level of ironic appreciation that superseded the poor review.

Success through irony is not unheard of in the business world. For instance, the movie Snakes on a Plane owes its existence — and its $60 million box office take — to an ironic appreciation of the film’s ridiculously simple concept (“There’s this plane, see, and its full of snakes!”), which created a huge online buzz that actually helped the movie get made. And Pabst Blue Ribbon, which was once shunned as low-quality swill by beer drinkers, saw a resurgence in popularity in recent years after being embraced by irony-loving urban hipsters.

So in an age where reputation risk has become an increasingly vital concern for businesses, it is interesting to see that sometimes a bad reputation can work in your favor. One might even say that it’s a little ironic.