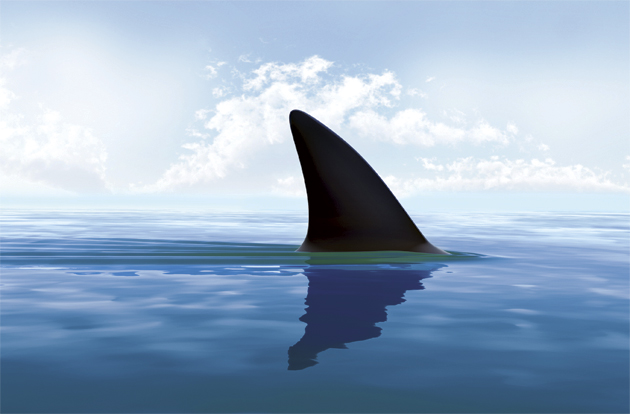 Just when you thought it was safe to go back in the water, shark attacks in the United States reached their highest levels since 2000. According to the University of Florida’s International Shark Attack File (ISAF) report, 53 unprovoked shark attacks occurred in U.S. waters in 2012, with Florida leading the way as the most bitten state with 26 incidents. Worldwide, 80 attacks were reported and seven people were killed (one in the United States), which was down from the 13 fatalities in 2011 but still above the 2001-10 annual average of 4.4.

For anyone raised on Jaws, the Discovery Channel’s annual Shark Week or Syfy’s modern B-movie “classics” (with titles like Sharktopus, Dinoshark and Jersey Shore Shark Attack), any increase in shark attacks might be cause for alarm. That is until you put the numbers into perspective and realize that sharks are getting a bad rap.

“In theory, each year we should have more attacks than the previous year owing to the rise of human population from year to year,” said George Burgess, ISAF curator and director of the Florida Program for Shark Research at the Florida Museum of Natural History. “Thus the shark attack rate is not increasing even though the number of shark attacks is rising. Shark attack as a phenomenon is extremely uncommon, considering the millions of hours humans spend in the water each year.”

Proportional mathematics aside, the risk of a shark attack is especially overblown compared to other threats that should seem even less common. The ISAF has compiled pages of evidence to prove this point. People often cite being struck by lightning as the standard of comparison for rare occurrences, for instance, but from 1959-2010, 75 times more people in coastal U.S. states were killed by lightning strikes (1,970) than by sharks (26).

Sharks aren’t even the deadliest animal. In the 2000s, dog attacks were responsible for 263 deaths in the United States, while sharks killed only 10. From 1948-2005, alligators killed twice as many people in the southern states where they live. Even squirrels are more dangerous. In 1987, 95 people were bitten by squirrels in New York City, but only 13 were injured by sharks in the entire United States.

Nevertheless, people remain disproportionately scared of sharks in relation to the actual risk they pose. Perhaps this is owing to the perception of sharks as a deadly predator, but on top of how rare these attacks are, only 2% are even fatal in the United States. Even so, considering that humans kill 30 million to 70 million sharks in fisheries every year and shark populations are declining worldwide, according to Burgess, it would seem that the scales are firmly weighed in our favor.