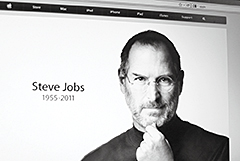 When it comes to hiring a successful CEO, however, charisma is a trait to be avoided. Researchers at the Warwick Business School in the UK studied European companies and found that “intelligent conservatism” was the defining characteristic among their leaders.

Instead, he found that European firms that have stood the test of time—Royal Dutch Shell, GlaxoSmithKline, HSBC—are those that listen to their employees and steer the company in a direction that aligns with their views. Instead of charisma, this requires conservatism and having an in-depth understanding of the business. It was no surprise to Stadler, then, that 97% of the CEOs in his study of long-lived corporations were promoted from within rather than hired for their ability to come in and impose their vision on the company.