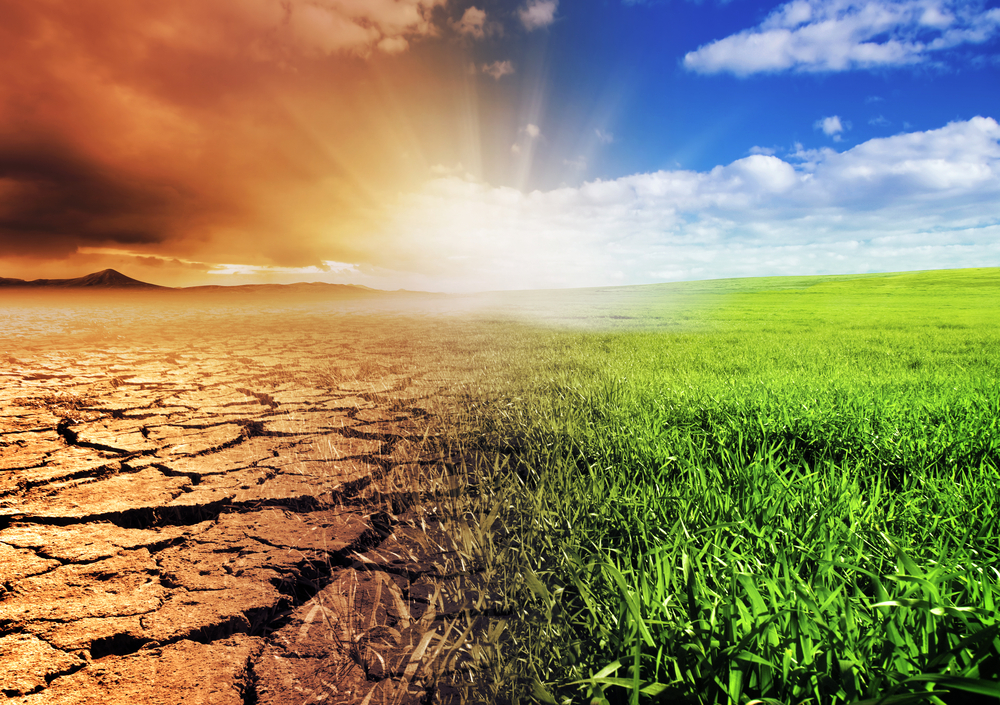 As I am writing this, it is the end of March and, while technically spring, it snowed this morning on Long Island. Considering what an ordeal this winter has been for most of the country, I suppose I shouldn't be surprised. At this point, I expect winter to last for the rest of our lives.

This has been the type of winter where everyone loses their mind a little bit and countless hack comedians and ill-informed pundits make the same bad jokes about how global warming must be a myth since it was so cold that day. This line of reasoning became especially ridiculous in January when below-zero temperatures led some North American commentators to scoff at the idea of climate change while, at the same time, Australians were experiencing record-setting heat on the other side of the world. Evidently these people couldn't comprehend that weather systems are not the same for everyone. I guess you can't blame them—geography and science are hard.

The problem with any discussion about climate change is that it always gets bogged down in political, economic and even semantic arguments. For instance, a 2011 University of Michigan study revealed that, when referred to as "global warming," 68% believed the problem was real. But when referred to as "climate change," that number increased to 74%. These divisions were even more pronounced when examined along political party lines. While 86% of Democrats thought climate change was a real problem, regardless of phrasing, only 60% of Republicans believed in "climate change" and just 44% believed in "global warming."

Among the scientific community, however, there is almost universal consensus that the world is getting warmer and humans are probably responsible to a large degree. Of course, politicians will argue about whether or not this is true, stamp their feet about the impact this should have on environmental policies, and complain that their opponents just want to destroy innocent businesses or innocent polar bears, depending on their motivation. But bloviating will not solve the problem.

A recent report from the United Nations Intergovernmental Panel on Climate Change (IPCC) suggests that many of the effects of a warmer climate are already being felt and will only get worse without change. Extreme weather events will become more common due to shifting weather patterns and warmer seas. Residents in low-lying coastal areas will be displaced due to flooding, storm surges and rising sea levels. Crop yields, food production and water availability will be reduced because of drought. Livelihoods, especially those dependent on stable ecosystems like farming or fishing, will be at increased risk of disruption, leading to increases in poverty.

The report predicts that a global mean temperature rise of 2.5 degrees Celsius could lead to global economic losses of 0.2% to 2%. The CIA World Factbook estimated the world's GDP in terms of purchasing power parity at more than $87.18 trillion in 2013, so a 2% loss would be worth more than $1.7 trillion. These factors could create an environment of instability that would threaten overall human health and security worldwide.

Although the report paints a bleak, some might say alarmist, picture, it ultimately looks at the problem through a risk management lens. It views these risks as something that can be managed by focusing on adaptation through better long-term planning, preparation and strategy development. "Understanding that climate change is a challenge in managing risk opens a wide range of opportunities for integrating adaptation with economic and social development and with initiatives to limit future warming," said Chris Field, co-chair of the IPCC working group that prepared the report. Basically, it puts aside the politicized, semantic argument about causation and focuses on finding ways to prevent these worst-case scenarios from happening.

Of course, not even the most thorough report will satisfy those who consider climate change an overblown concern perpetuated by the tree-hugging Al Gores of the world. But these skeptics are missing the point. Risk doesn't care about politics and opinions. If we accept that this is a risk management problem, then partisan bickering has no place in the discussion. It will not help us avoid the very real possibility of a disaster.

The bottom line is that, as a risk manager, if you don't do anything to prepare for, say, the possibility that your coastal facility might be under a greater threat from storm surge simply because you don't believe in climate change, you aren't taking some sort of principled political stand. You are simply being bad at your job.

The Impact of Climate Change on the Reinsurance and ILS Market