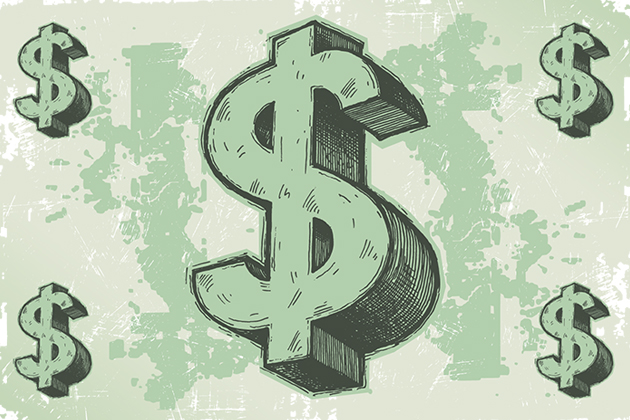 Alternative risk transfer (ART) is an increasingly attractive approach to diversifying risk management portfolios in the -insurance arena. Certain subsets of ART transactions, particularly -those within the life insurance industry involving cessions of perceived "redundant" reserves, have dominated much of the press coverage in recent years, and led to concerns about an emerging "shadow insurance industry."

This apprehension, which has been expressed by the National Association of Insurance Commissioners (NAIC), individual insurance commissioners and other market participants, often ignores the fact that ART plays a growing role in market stability through risk diversification. While the life insurance industry has garnered most of the attention, property/casualty companies have also shown increased willingness to turn to ART or insurance-linked securities (ILS) as a means of hedging risk, diversifying portfolios and connecting the insurance industry to the capital markets. ART and ILS have also been employed by hedge funds as they use off-shore entities to access capital markets and retrocede additional risk.

The following is a look at some of the various ART and ILS devices used by the property/casualty sector to effectively manage and diversify risk portfolios.

CAT Bonds
Through the ongoing convergence of the traditional insurance industry and capital markets, the use of catastrophe (CAT) bonds has become more common for insurers over the last decade. Unlike certain coverages that present more predictable risks and allow insurers to accurately model their expected losses, the catastrophe market possesses the rather unique ability to cripple an insurer and decimate reserves. Weather patterns, including the El Niño phenomenon and anticipated fluctuations due to climate change, further exacerbate insurers' concerns and may serve to scare off reinsurers or drive up the price of traditional reinsurance.

Enter CAT bonds, a way for risk managers to reach the capital markets and diversify risk so that insurers will not face certain doom in the case of a catastrophic event. CAT bonds are not just issued by financial institutions-state-sponsored entities have done so as well. For example, Everglades Re Ltd. (sponsored by Citizens Property Insurance Corporation, the Florida not-for-profit insurer of last resort) issued a $1.5 billion CAT bond in May 2014, the largest in U.S. history.

CAT bonds are deployed by many types of insurers, including the health sector. Insurance company Aetna partnered with Vitality Re V Ltd. on a $200 million issuance in January 2014, for example. These bonds also serve as a unique diversification strategy for investors on the capital markets side. Because the return on a CAT bond is directly tied to weather patterns or other geological factors outside the realm of traditional markets, such returns are largely uncorrelated with the risks of traditional investments. Therefore, investors increasingly see these bonds as complementary-albeit risky-alternatives to their traditional investments to better diversify their portfolios.

The latest numbers speak to their skyrocketing popularity. In April 2014, nearly $1 billion of CAT bonds were issued, with three additional bonds expected to launch that will produce an another $2.45 billion of new risk capital.

Many prominent investment managers have noted that the secondary market for CAT bonds is also increasing due to excess cash reserves. As a result, investors are looking for ways to utilize funds to balance their portfolios. So far in 2014, most CAT bonds have been trading above par value and, although price increases have generally been decelerating, they continue to rise. Should a hurricane cause, or threaten to cause, substantial damage this year, prices on the secondary market will likely come down. Of course, this is the nature of CAT bonds-and it is a risk issuers and investors are prepared to take.

Sidecars
Sidecars are another attractive means for investors to tap into the cash flows of an insurance transaction. The typical structure involves a reinsurance sidecar that is collateralized to the extent needed to pay potential claims. Premium is usually paid in advance by the cedent or "sponsor;" however, the collateral serves to pay potential claims and therefore depletion of the collateral is a risk to investors.

A sponsor often prefers a sidecar because it reduces the need to restructure the capital base and it can be set up quickly and inexpensively. In addition, and perhaps in contrast to CAT bond transactions, terms of a sidecar can often be renegotiated, with the sponsor retaining a partial interest in the sidecar.

Like CAT bonds, sidecars provide another way to diversify a portfolio with an investment not linked to traditional markets. Further, most sidecars operate for only short durations, allowing exit strategies for investors if the market takes a downturn. Finally, sidecars have been known to produce returns exceeding 20% annually in years where no "large" losses occur.

Analysts believe that the dual-interest of both investors and insurers/reinsurers in diversifying risk has led to a resurgence of sidecars. Today, however, sidecars tend to be smaller, as reinsurers increasingly find themselves sufficiently capitalized. Instead, they are turning to sidecars, not out of necessity, but for risk management purposes. While the financial crisis decimated the sidecar arena by decreasing leverage and sucking away returns, it is clear that sidecars are on the upswing, reinvented as strong hedging tools for both reinsurers and investors.

In recent years, CRIs have become very popular and are outpacing CAT bonds with respect to investment appetite in non-life sectors. Because the negotiations of a CRI usually take place between an investor and a insurer/reinsurer directly, the desired coverage can be tailored more specifically to the insurer/reinsurer's goals of risk diversification than with a CAT bond. The use of CRIs has increased more than 100% since 2008, with a market of about $20 billion as of July 2013. In contrast, the CAT bond market as of July 2013 stood at about $13 billion.

But investors should not hop off the CAT bond bandwagon just yet. The barriers to entry for CRI transactions can be very high and these investments are less liquid than CAT bonds because they cannot be sold on the secondary market. Nevertheless, if an investor and a insurer/reinsurer have the funds and are willing to accept a bit of uncertainty, CRIs provide arguably the most efficient and tailored means of diversifying risk.

Other Options
Going forward, ART and ILS are expected to continue to grow in whatever directions necessary to provide risk managers the tools to effectively hedge risk. Industry loss warranties continue to provide investors with the opportunity to tap into an insurance sector's performance, rather than rely on the individual gains or losses of a particular insurer/reinsurer. Derivatives provide an ongoing alternative means of risk diversification by transferring insurance risks into swap-based transactions. Further developments in the insurance industry will inevitably call for more creativity and intervention by the capital markets.

For example, Congress is still debating the merits of the Terrorism Risk Insurance Act (TRIA) and whether to renew it when it expires at the end of this year. Currently, the act provides a government backstop for insurers of terrorism risk whereby the federal government pledges to cover insurers for certain catastrophic losses. Should TRIA not be renewed, capital market participants may become essential players to help insurers offer terrorism coverage. Even if it is renewed, the current reinsurance market has capacity to supplement the government's efforts and it may still be an enticing opportunity for capital markets.
Albert J. Pinzon is a partner in the business law department at Edwards Wildman.
Zachary N. Lerner is an associate in the insurance and reinsurance department at Edwards Wildman.