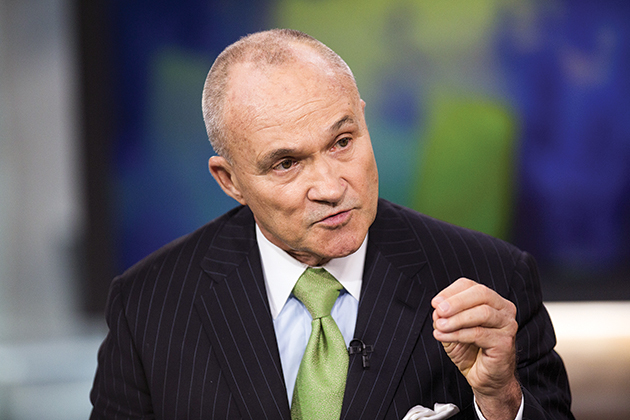 When Raymond W. Kelly, former long-time head of the New York Police Department, walks into a building, its risk profile is never far from his thoughts. Although he is no longer in law enforcement, security questions quickly come to Kelly's mind, including: What are the potential dangers for the people passing through every day? What are the vulnerabilities of the structure in the event of a nuclear, chemical, biological or radiological attack or weather-related incident? How well are the building's computer-based operations and management systems monitored and protected? Are they vulnerable to manipulation or takeover by cyberterrorists, computer hackers, protesters, or disgruntled current and ex-employees?

Kelly is now the president and head of the newly formed risk services division of Cushman & Wakefield, the world's largest privately-held commercial real estate firm. Based in New York, the firm boasts more than $4 billion in real estate assets under management and operates out of 250 offices in 60 countries, including key cities such as San Francisco, Sydney, Hong Kong and Shanghai. It is also looking to expand in emerging markets such as Africa and the Middle East.

Kelly joined Cushman & Wakefield in March, bringing extensive risk, security, public safety and terrorism-fighting experience gained through posts that include commissioner of the New York Police Department, commissioner of the U.S. Customs Service and undersecretary of enforcement at the U.S. Treasury Department. At the request of president and CEO Ed Forst, he is creating a new risk management service for the firm.

"My role at Cushman & Wakefield is to create a new service line in an organization that has been a leader in the field for over a century," Kelly said. "It's an exciting challenge." He added that the growing threat of global terrorism and its potential impact on the firm's clients-commercial property owners, major corporations and those who work for them-will be a primary concern.

"I'm paying a lot of attention to building security and risk management at Cushman & Wakefield, though certainly, Sept. 11 was a game-changer in terms of the way that everyone thinks about commercial property security," Kelly said.

Experiences and lessons learned in the aftermath of 9/11 are never far from Kelly's thoughts and color his perspective on security and risk management issues. "While organizations have to confront and mitigate risks at every turn, the paramount risk in today's world is terrorism," he said, noting that, according to State Department statistics, the number of people killed in terrorist attacks grew from about 11,000 in 2012 to nearly 18,000 in 2014.  In addition, while the leadership of Al Qaeda has been degraded significantly, the number of terrorists operating under jihadist banners is greater than ever, including emerging and dangerous threats like ISIS, which Kelly has called "America's number-one threat."

Thus, Kelly sees his role as a challenge to create a new type of risk management service that focuses not just on traditional threats, but also on current geopolitical threats to commercial property and its inhabitants. There are three risk areas he will focus on: people, facilities and information.

"Regarding risks to people, they can involve customers, workers and others and can run the gamut from the threat of pandemic disease to active shooter situations," Kelly said. "Risks regarding a facility can involve anything from a natural disaster or mechanical failure within the building to a terrorist event, and third is information security." This latter category has become more challenging given the variety of  intrusions that can occur. "These are the range of factors that corporate risk managers now have to be wary of," Kelly said.

His goal in building a new risk services unit is "to add a greater level of protection for our clients, their assets and the people they work with," Kelly said. This often requires not just creating security programs from scratch, but also helping "retrofit" a property's risk and security management programs. Indeed, he pointed out, "because of the nature of security technology today, you can do a lot of things-installing small video cameras and sensors, for example-to heighten security measures without the need for major renovations on a structure."

He intends to develop all of these efforts cost-effectively by building on the skill set of his team-some of whom worked closely with him in developing the NYPD's public safety and counterterrorism programs after 9/11.

The unit's launch comes at an interesting time in the commercial real estate industry-some call it the "Googlization effect"-where office complexes are increasingly expected to be Silicon Valley-style campuses that are densely populated, operated 24/7 and monitored by a great deal of technology. Of course, these developments come with new and unexpected risks.

"Today, you have to worry about everyone from a poor, delusional schizophrenic wandering into your building to bad human beings doing what they did at the World Trade Center," said Peter Linneman, founder of real estate advisory firm Linneman Associates. "The challenge is providing the right amount of security, yet not making everyone feel like a criminal.  How do you strike a balance?" He views Kelly's division as a forward-thinking development for the industry.

Among the list of services Kelly's risk unit aims to provide are global threat and risk analysis, including assessments of natural and man-made hazards such as terrorism, crime, political instability, civil unrest and proximity risks. They also offer total security program design and audits and security personnel selection.

Kelly's group will utilize some of the methods developed under his watch at the NYPD and still used as part of their counterterrorism efforts. These include the risk-tiering of properties, which involves carefully assessing and identifying the risk or threat level of a real estate property by examining factors such as public profile, economic significance, height, structural vulnerabilities, periphery protection, and proximity to critical infrastructure and transportation routes.

Kelly recognizes the benefits of technology-based risk and security tools. "Technology is and continues to be a productivity-plus for the security world, there's no question about it," he said. At the same time, however, he pointed out that it is often human negligence that can result in corporate security breaches or computer network invasions. Simply sharing passwords or using thumb drives to store sensitive corporate records can create big problems for an organization. "Rather than worry about technology, more often than not, I worry about people and what training needs to be done to ensure proper security," Kelly said.

Kelly also has to consider and evaluate commercial real estate hot spots like Africa, the Middle East and other fast-growing markets. "You will see a lot more real estate development in these parts of the world," he said. As a result, his new unit expects to see increased activity in these locations as well.

How his new division fares in an increasingly dangerous world remains to be seen, but his meticulous approach-on wide display at the NYPD, especially after 9/11-will likely be a welcome addition to the increasingly global world of commercial real estate.
Katherine Heires is a freelance business journalist and founder of MediaKat LLC.