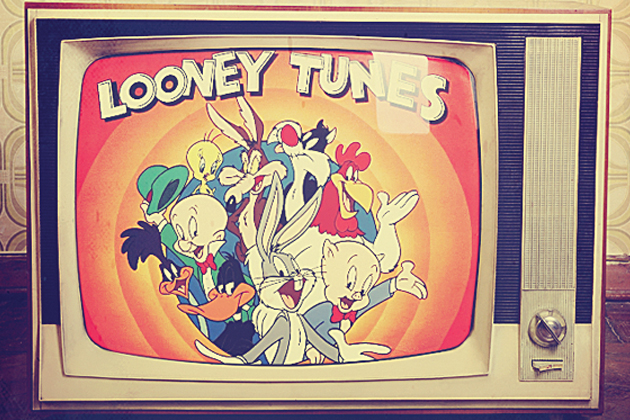 For the kid in all of us, the morning of October 4, 2014, will live in infamy. While our adult selves drank coffee and lounged around doing whatever else adults do, our younger selves were mourning the death of a beloved tradition. This was the first Saturday morning in 50 years that no American broadcast television network was airing a block of animated programming. The era of the Saturday morning cartoon had officially come to an end.

For many kids growing up between the 1960s and the 1990s or so, Saturday morning cartoons were the best thing about the weekend. There was nothing like getting up early, opening a box of sugary cereal, and checking in on the exploits of Bugs Bunny and the Looney Tunes crew, Rocky and Bullwinkle, Josie and the Pussycats, Scooby-Doo, Fat Albert, the Superfriends, Alvin and the Chipmunks, the Smurfs, the Muppet Babies, the Teenage Mutant Ninja Turtles and countless other characters and shows, many of which only existed as marketing vehicles for toy lines. Every week, I rushed through my chores so I could watch for as long as possible—or at least until my mom told us to go outside. It's a clich?d story, certainly, but only because it was so universal for generations of kids.

The demise of the Saturday morning cartoon has actually been a decades-long process. Of the major networks, NBC got out of the game first when it dropped cartoons for news and live-action teen sitcoms in 1992. Over the next decade, CBS and ABC would follow suit, leaving Saturday morning cartoons to Fox, the WB and final holdout the CW, whose cancellation of the animated block "The Vortexx" in September brought an end to this broadcast television tradition.

One of the reasons for the shift was that, in the 1990s, the FCC began enforcing the Children's Television Act, requiring broadcast networks to provide at least three hours of educational programming every week. Since Saturday morning was a less lucrative advertising time slot (which is why cartoons were aired then in the first place), this content soon pushed cartoons out.

But more than that, Saturday morning cartoons simply outgrew their roots. Cable networks now show animated programs 24 hours a day and don't face the content restrictions of their broadcast network peers. The popular resurgence of prime-time animated shows, starting with The Simpsons and South Park and continuing through Family Guy, Bob's Burgers and Archer, has shifted the perception of animation away from just being "kid's stuff." Meanwhile, the internet allows viewers to seek out any cartoon at any time. As a result, there is no longer any need for a dedicated cartoon time slot on a traditional network and, as with any other programming, once the eyeballs leave, the advertisers follow, making change inevitable.

Perhaps the most surprising part of this is that the networks made a change at all. In many industries, breaking with 50 years of tradition and nostalgia-no matter how necessary-would be extremely difficult. The corporate world is littered with the remains of businesses that failed to respond to a changing market. For every company like Apple that has a penchant for routinely discontinuing once-popular products (RIP, iPod Classic) there are plenty of Polaroids and Kodaks out there declaring bankruptcy because something like digital photography caught them off-guard.

It isn't easy to "sunset" a previously successful program or product line, but the risk of not adapting is like a lit fuse. Except that, despite what cartoons taught us all those Saturday mornings ago, you risk more than just a blackened face if you're still holding the dynamite when that fuse finally reaches its end.