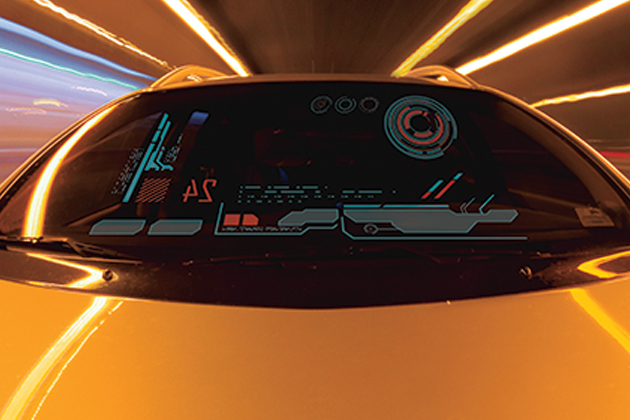 Horseless carriages first drove onto our landscape over a century ago. Although they quickly revolutionized transportation, in their wake also came injuries, fatalities and property damage. Back then, a vehicle buyer accepted the risk if his fresh-off-the-assembly-line Ford Model T crashed. Indeed, nervous horses sharing roadways, stray livestock, clueless pedestrians and terrible road surfaces could be mitigating factors in accidents, but drivers paid for losses when found at fault. As the pace of vehicle sales picked up across the United States, a nascent auto insurance industry started offering coverage to vehicle owners to shield them from potential financial disaster.

Today, the automotive landscape is changing. Driver-assist technologies are appearing in the new vehicle fleet; the U.S. Department of Transportation (DOT) is partnering with researchers and manufacturers to develop connected-car technologies and infrastructure; and high-tech giants are experimenting with driverless vehicles. Identifying the at-fault party in a motor vehicle crash is about to become more complicated. What will happen when the vehicle’s driver is a microprocessor? Identifying that “driver” will be one of many challenges for state motor vehicle departments that write licensing laws, as well as insurance companies and attorneys that insure vehicles and deal with accident claims.

Behind this multifaceted push to transform the way people drive are countless columns of statistics breaking down the annual social and economic costs of traffic accidents, congestion and resource waste in the United States. A recent study from the National Highway Transportation Safety Administration delivered sobering numbers, calculating the economic cost of traffic crashes at $277 billion in 2010. Factoring in the concomitant societal costs, estimated at $594 billion, raises the toll to a staggering $871 billion. Fueling those numbers are behavioral contributors like drunk driving, speeding, driver distraction and seatbelt usage. Since people are the weakest link in a safe-driving equation, it is obvious why regulators, academics and automakers see these new paradigm-shifting automotive technologies as the answer to human behavior issues behind the wheel. It remains to be seen whether the driving public agrees.

Countdown to an Automotive Revolution

Although the prospect of a technological shift in automobiles can be unsettling, the transformation will be protracted. At the vanguard are new vehicle models sporting a variety of driver-assist systems to reduce accident severity and claims frequency, including forward-collision and lane-departure warnings, with or without automatic driver overrides. To trigger activation, these technologies rely on onboard cameras, lasers and radar to deliver real-time driving data. But they can be vulnerable to damage, programming glitches and unforeseen failures. For example, not only can snow make driving surfaces more hazardous, it can also obscure embedded cameras, thereby reducing their effectiveness. Still, these onboard systems promise to help improve driving safety, albeit subject to refinement and software updates as they take on daily driving challenges.

Conservative estimates suggest it will be decades before fully automated models can replace the 265 million registered vehicles in the United States. For now, the tipping point is unpredictable. A number of socioeconomic factors are slowing new-car purchases: a sluggish economic recovery inhibiting late-model turnover and boosting used car sales, fewer car purchases by young adults due to underemployment or diminished desire for car ownership, and, until recently, higher fuel costs dampening overall vehicle mileage. Further, some car owners may simply elect to retain their low-tech models.

A systemic transformation will be critical to marry these enhanced motor vehicles to shortwave-radio-powered vehicle-to-vehicle (V2V) and vehicle-to-infrastructure (V2I) communications. Working in concert, V2V and V2I will deliver enhanced situational awareness to vehicle drivers on the roadway. With the DOT in the lead, program partners from automakers, academia and the public sector are actively testing and refining the technologies in real-world settings. The goals are accident reduction, reduced fuel usage and—for the daily commuter—vastly improved travel times as traffic moves at a safer and more efficient pace.

As for a future filled with driverless vehicles, that remains a sci-fi dream for most automakers, except in Mountain View, California, where Google has mapped every element of the city for the accident-free operation of its autonomous Toyota Prius fleet. Introducing those vehicles to the challenges of California’s greater byways, highways and urban landscapes will determine the viability of Google’s vast ambition. And yet, if the anticipated rise in connected-vehicle technology helps lead the way, driverless cars could easily transition to broader use.

Determining Fault in a New Environment

The Bumpy Road to Automobile Autonomy

Autonomous vehicles present a unique opportunity for the insurance industry. While the technology for such vehicles is already under development, several obstacles stand in the way before our streets are full of autonomous cars. Adequate regulation, dependable safety standards and hesitation from the public to hand over responsibility to a machine are just a few. Insurers can play an important role in enabling the safe adoption of this technology by setting safety and risk management standards when creating new insurance solutions.

Driver-assist technologies present a challenge to the current automotive accident claims model. Odds are that car crashes of all severities will diminish, although the extent and timing of the improvement is unpredictable—recall that antilock-braking systems (ABS) had a rocky start until drivers learned how to use them. The more complicated question is how to determine fault for crashes involving vehicles with these systems. There are innumerable possible accident scenarios: clashes between new- and old-school automotive technology, inappropriate or unsuccessful driver overrides, driver-assist system failures or glitches, unpredictable behaviors or random event, and natural or manmade issues.

The default procedure for determining fault is to look first to the driver and then, just like in early driving days, to the vehicle’s owner, if they differ. Typically, in cases involving teenage drivers or employees, for example, the owner is often cited as sharing fault. With a driver-assist enhanced car, the driver still captains the steering wheel and brakes, while the technology acts as the conduit of real-time intelligence. As the driver retains control and actively makes driving decisions, that driver is liable for the consequences of his or her actions, though the driver may claim the system failed to warn. Some of these technologies also provide automated interventions when the driver is not reacting to a perceived danger. Whether or not those inputs are applied appropriately could lead to product liability claims.

Determining the suitability of such legal actions will be addressed as the technology spreads. John Villaseñor, an electrical engineering professor at University of California-Los Angeles and a senior nonresident fellow at The Brookings Institution, believes that the legal precedents for product liability litigation established over the past half-century are flexible enough to aid manufacturers in the development of safe products and guide the legal system as it tackles any resulting claims.

Moving to a connected-vehicle environment complicates the fault-finding even further. The framework of V2V/V2I involves governmental authorities supplying a constant stream of data about roadway and traffic conditions and facilitating the broadband radio communications that inform individual vehicles of their traveling neighbors’ behaviors on the roadway. Communications signals are reasonably reliable, but any number of things can interfere with their transmission, from accidents and outages to system glitches, solar flares and sabotage.

The more interfaces affecting a vehicle’s progress on the road, the greater the potential for hiccups along the way. If a crash occurs with a connected vehicle when the driver at the wheel does his utmost to avoid disaster, then litigation will draw in those responsible for the onboard technology and V2V/V2I interfaces. This could affect a number of entities, including automakers, municipalities, state motor vehicle agencies, the federal government and a wide range of technology providers. That is a lot of defendants for a product liability claim.

Another discussion centers around identifying responsible parties when there is no actual “driver” controlling an autonomous vehicle. The Google driverless car would not have a driver’s seat or driving controls, for example. In an ideal scenario, the car would adroitly avoid all dangers and safely deliver occupants to their destinations. But there are other cars, people and obstacles on the road that are unpredictable. A cause of action for a product liability claim hinges on whether or not the circumstance was reasonably foreseeable—which would require omniscience from a software designer when an unpredictable event causes a crash.

Consequences of an Empty Driver’s Seat

There is an ironic element to the quest to replace humans in motorized driving: an attentive driver in full command of a finely tuned vehicle is an impossibly high standard of brain power, creativity, reaction time and experience to replicate. Is all this high-tech hoopla nothing more than an effort to create an amped-up, human-like machine? Perhaps training better human drivers would be simpler, cheaper, easier on the environment and less intrusive in our daily lives. The development of driver-assist systems and connected vehicle technology are closer to this approach since the human driver is still involved, but the data collection and reporting potential of these features does open them to big-data harvesting and related usage. Additionally, the accompanying driver interventions have drawbacks. Behavioral research shows that our skills and mental sharpness diminish as technology supplants human input. As we rely on external interventions, we could become less capable to the point of disaster—a dystopian outcome often presented in sci-fi novels, television programs and films.

The reality is that a sea change in transportation technology will not be confined to the road. Alter the paradigm and many aspects of human life transform as well. Simple things like buying a car could change, with some visionaries suggesting we may even skip ownership and summon car services via smartphones—no car, no vehicle maintenance, no garage and no car insurance. This could lead to an earnings hit for insurers and lawyers and redefine our ideas of mobility and personal freedom. A small change in the name of progress could very well grow into a society-wide transformation, starting one vehicle at a time.
Peter R. Thom is president of Peter R. Thom and Associates Inc., a forensic automotive consulting and engineering firm.

The Bumpy Road to Automobile Autonomy