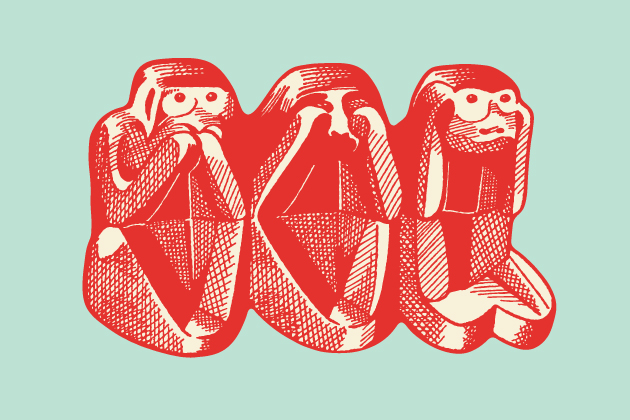 There is a scene in director Quentin Tarantino’s Kill Bill, Vol. 2 where our hero, the Bride, comes face-to face with Elle Driver, her one-eyed nemesis, for what promises to be an epic sword fight between two master assassins.

The clash ends abruptly, however, when the Bride gouges out her opponent’s remaining eye, rendering her completely blind. As the Bride calmly walks away, Elle wildly thrashes around in pain and frustration, screaming epithets and smashing anything she can reach. Although the scene is certainly graphic, Elle’s gesticulations are so over-the-top that it ultimately becomes funny.

The movie has been a mainstay on cable recently and, after watching it for the nth time, and maybe because April 18th is Record Store Day, which celebrates the independent record stores that I more or less lived in as a kid, it occurred to me that Elle Driver’s demise resembles the recent state of the music industry. Here, too, was a high-powered entity blindsided by a change in strategy that proved to be its undoing. In this case, the music industry wasn’t felled by a well-placed eye gouge, but rather by digital file-sharing and piracy. Like Elle Driver, the music industry’s response was to thrash about wildly in a blind effort to hit anything that might be responsible.

This resulted in misguided attempts to prevent piracy by suing consumers for illegally downloading music, or threatening service providers for giving them the means to do so. Technological “solutions” like digital rights management software proved to be more effective at creating security vulnerabilities on customers’ computers than preventing illegal file-sharing. It seemed that the music industry was intent on blindly lashing out to preserve an outdated model rather than acknowledge that consumer desires had shifted. In the absence of a viable alternative from the traditional record labels, tech companies like Apple and Amazon instead took the lead in digital music distribution.

Within a decade or so, music consumption completely changed. Physical copies of recordings were no longer important to consumers and CD sales have declined for years as a result—according to a Nielsen report, CD sales fell almost 15% in 2014 as compared to 2013. But it isn’t as simple as physical vs. digital—even digital album sales dropped almost 10%. Meanwhile, on-demand streaming jumped 54%, suggesting that when it comes to their favorite songs, music listeners really just want access, not ownership.

It is interesting that streaming services like Spotify and Pandora that provide consumers with on-demand access may have done more to stem the tide of music piracy than any solution that the traditional music industry ever devised. A 2013 NPD Group report documented that 40% of people who illegally downloaded music in 2011 stopped in 2012, mostly because of the availability of streaming services. This year, an IFPI survey found that streaming has been largely responsible for nearly eliminating piracy in Norway. In 2009, 80% of Norwegians under 30 said they illegally downloaded music. That number dropped to 4% in 2014. Similarly, in a February interview with the technology site Siliconrepublic, Victor Finn, CEO of the Irish Music Rights Organisation, said that music piracy was in decline in Ireland due to the growing use of streaming services.

It would be ironic if the same digital revolution that killed the music industry ended up being its savior. It goes to show that, just like in sword fighting, some battles cannot be won, regardless of how much kicking and screaming you do. In the end, sometimes it is better to simply embrace your risks.