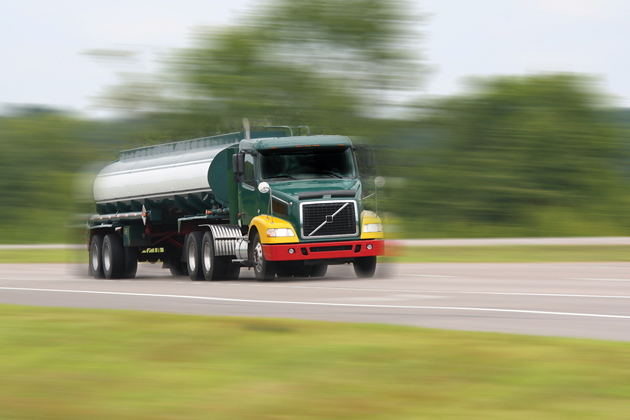 While the recent spike in oil and natural gas production has been a boon for consumers who have enjoyed lower energy costs, some segments of the industry have responded to the surplus in different ways. For one, oil storage facilities have had to operate at or near peak capacity, with stockpiles in March at 25% above their five-year average. Oil trucking companies have also seen a similar jump in demand as companies scramble to find ways to transport the additional product.

The increased business is usually a good thing, but many of these companies, particularly in the trucking industry, are experiencing growing pains. New (and sometimes inexperienced) trucking companies have sprung up to take advantage of the market, while many existing companies have had to expand so quickly that they have been unable to find qualified drivers.

“There is a huge need for risk management in trucking right now,” said Anthony Dorn, a broker with Sloan Mason Insurance Services, at the IRMI Energy Risk and Insurance Conference in March. “A lot of these are fly-by-night companies. They are running with drivers that have no experience, they are getting violations from the DOT left and right for not having licenses or adequate brakes on their trucks, and they are running on dirt roads that aren’t made for 100,000-pound units.”

As a result, insurance coverage is increasingly difficult to come by.  “It’s a very risky place for underwriters,” he said. “If we don’t do something as agents and as risk managers, there will be fewer carriers.” In the current market, he added, only nine carriers will write crude hauling.

Agencies such as the Department of Transportation have vehicle reports available online, which insurers frequently access when considering whether to underwrite a trucking company. Dorn suggested that organizations looking for coverage also check these reports and empower their risk managers and safety directors to proactively identify and correct any problems, such as employing drivers who lack adequate experience.

“There is a huge opportunity for risk managers to approach these companies and tell them, ‘If you don’t have a risk manager to help with your losses, you are not going to be able to find insurance,’” he said. “Right off the bat, I’d say 50% [of trucking companies] are declined as soon as they walk in the door.” As a result, some have been forced to form new limited liability companies or even shut down completely.

In addition, as oil prices drop, companies that originally formed to haul salt water for hydraulic fracturing have been looking for other ways to make up the revenue as fracking operations are put on hold, noted Loren Henry, also a broker with Sloan Mason. “They start hauling agricultural products and paper products—whatever there is that is not oil and gas-related,” he said. But these products are typically not covered under their auto policies. He advised fleet owners to communicate any changes to their broker to find out specifically what is covered.

Companies that do hire risk managers and listen to their advice are often glad they did, especially after they see their new premiums. “When they go from $5,000 a unit to $12,000 a unit, their ears perk up pretty quick,” Dorn said. “They are willing to do almost anything to get that pricing down. Companies are actually being put out of business because their premiums are too high.”

As oil prices and production stabilize, however, the demand for trucking services will likely decrease, and Dorn expects many changes over the next year. “A lot of companies will fall by the wayside,” he said. “A lot of smaller companies will be gone—they will sell their trucks or be bought out by bigger fleets. We are going to be left with companies that are well-run with proper safety procedures in their fleet.” Once that happens, Dorn believes more insurance carriers will enter the market. “But right now, the whole market is in disarray,” he said.