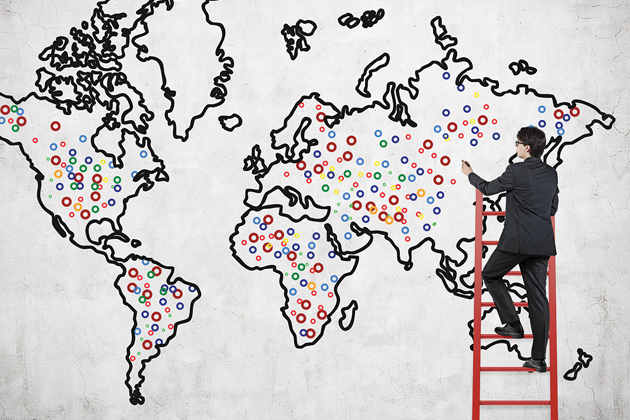 According to a Thomson Reuters survey, there is almost universal agreement (98%) that having a global presence will be critical to brand relevance in 2025. The favored means of achieving needed expansion, by far, was through acquisition, followed by direct investment. For organizations wishing to grow into other areas of the world, knowing how, when and where to make a move can make the difference, but another important aspect of the equation is why. Of the drivers behind international expansion, the top three reasons listed were competitor activity, service cost efficiencies and product diversification.

Leon Saunders Calvert, global head of capital markets and advisory at Thomson Reuters, said in the report that if C-suite executives approaching a deal see the companies as aligned on their aims and ambitions, “they tend to do very well, adding significant value to both parties.” Deals that are more opportunistic, however, such as making a move just because competitors are doing it, may be less likely to succeed. This is because organizations are actually purchasing the target company's brand as opposed to just its physical assets. While companies may be able to replicate the assets of a competitor, it is much harder to reproduce the emotion and value that people attach to a particular brand.