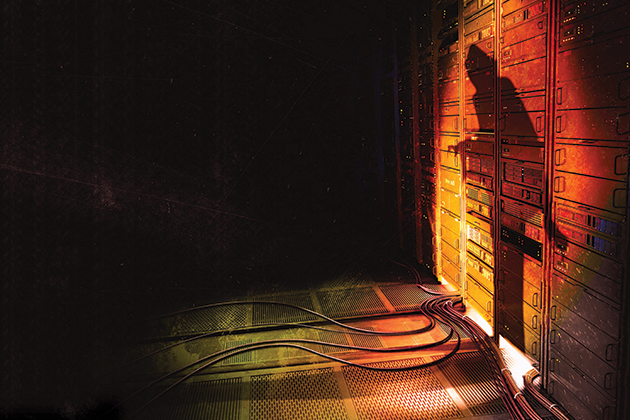 Cyberattacks and the Risk to Infrastructure
Alarm bells should be ringing about the risks posed by cyberattackers who are penetrating physical infrastructure with greater frequency. While espionage and theft are the most common objectives of cyberintrusions, Ukraine’s example demonstrates that state and non-state actors can penetrate even the most sensitive and secure command and control structures, simply to create havoc and cause disruption to a nation’s ability to operate. Check out more on cyberrisk to physical operations and critical infrastructure.

These attacks, and many more, compromise both IT networks and operational technology (OT) systems. While a vulnerability in an OT system is rare and might not affect the IT network, the opposite is not true. With increasingly common IT network vulnerabilities, OT systems become significantly more exposed.

As if these attacks were not enough, critical infrastructure now faces the growing threat of crypto-ransomware—a family of malware designed to encrypt files on servers and endpoints to extort money from consumers and enterprises. Although quite different in its approach, advanced threat actors could potentially tailor and utilize ransomware to target industrial control system networks or human machine interface (HMI) software and data to cause disruptions. There have already been a number of high-profile ransomware attacks against critical infrastructure companies, including Israel’s Electricity Authority, Lansing, Michigan’s Board of Water and Light, and various hospitals and universities.

Critical infrastructure vulnerabilities are not limited solely to security architecture. Critical infrastructure does not operate in a silo; rather, it is highly dependent on the system and can serve as an access point for island-hopping within the network or to other networks. The most sensitive “lifeline systems,” such as transportation, communication, water and energy, are especially susceptible. Taken individually or in aggregate, all of these systems are intimately linked. Electric power networks, for example, are responsible for power generation, transmission and distribution. A successful attack could lead to widespread power outages that would disrupt public safety and emergency communications networks, and critically impact the public’s supply of potable water.

Interdependent and complex systems are the enemy of all risk managers. Only by addressing both can risk truly be reduced while ensuring resiliency. The threat of destructive attacks in the current rapidly evolving cyberthreat landscape requires comprehensive resilience and redundancies across networks. Resiliency depends on the ability to identify threats and vulnerabilities in real time, protect vulnerable infrastructure, quickly detect targeted attacks, and respond swiftly to contain damage to recover and restore operations.