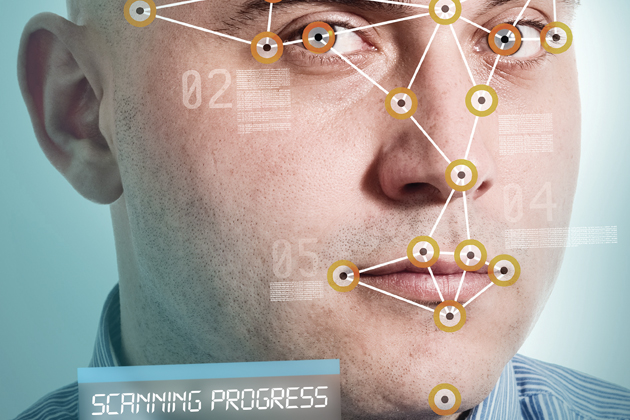 Recent terrorist attacks both in the United States and abroad have underscored the need for tools and strategies that can anticipate and mitigate the dangers of terrorism—whether attacks occur on city streets, in workplaces, at social gatherings, or online in the form of cyberattacks on corporate or government computer networks. As governments and businesses work to provide security protection from terrorists for the benefit of their citizens, employees, representatives and customers, many have turned to technology for assistance.

Major suppliers in this arena include defense contractors such as Lockheed Martin, Northrop Grumman, Raytheon and Boeing, which sponsor laboratories and incubators that produce technologies that can be applied to the counterterrorism effort. Lockheed Martin’s Advanced Technology Laboratories, for example, focuses on cognitive computing, robotics and predictive analytics, while the Department of Homeland Security, the Pentagon’s Defense Advanced Research Projects Agency (DARPA), the CIA’s technology investment fund In-Q-Tel, and private venture capital investors are developing tools of their own.

The Department of Homeland Security recently made it easier and faster to fund technology startups by opening a satellite office in Silicon Valley and introducing a new program to fund startups in 30 days, compared to the many months or even years normally required. It aims to support innovation in unmanned aerial systems, counterterrorism, border security and biological threat defense.

Corporations have also increased their efforts to address terrorism. “By and large, counterterrorism risk has been an afterthought for many companies in the United States and overseas,” said Frank Cilluffo, director of the Center for Cyber and Homeland Security at George Washington University. “But I think that is changing, given that the threat we face today has metastasized and comes in many different shapes, sizes and forms.”

The good news, Cilluffo said, is that innovation involving the use of technology to thwart terrorism is “robust and yielding a number of successes.”

He divides the universe of companies providing anti-terror technology into several categories, the first being big data and advanced analytics. “The lifeblood for a campaign against terrorism or any bad actors is good intelligence,” he said. “The key is to get there before the bomb goes off and to shape events before they go south.” Often, that involves using advanced technology to assist in careful monitoring and analysis of activity on social media as well as understanding the correlations among various individuals and groups.

Technology companies in the big data/advanced analytics space for information-gathering range from IBM and their Watson supercomputer to software from all the large defense companies as well as platforms and tools from smaller specialist firms such as Anomali, Palantir, Recorded Futures and Ryft.

Ryft is notable for its ability to speed up the capture of massive amounts of real-time data and conduct complex or “fuzzy” searches that can locate web content even when search terms are incomplete, misspelled or otherwise do not correspond to the desired information. “The best way to access big data analytics is by accelerating the algorithms used—not through software, but hardware,” said Pat McGarry, vice president of engineering at Ryft. He complains that too many technologists today only know how to work with software, rather than hardware, which he believes can be a far more powerful tool when the goal is to sift through multiple data streams in real-time.

Ryft employs field-programmable gate array (FPGA) chips to do just that and conduct “fuzzy searches” of foreign names and terms that often have 40 or more different spellings. Ryft’s query capabilities can identify approximate matches and make sense of information that is deliberately mislabeled by individuals aiming to hide their intent. “If your system can’t do fuzzy search, your counterterrorism intelligence efforts are in big trouble,” he said.

Terrorists and other bad actors are also increasingly using the so-called Deep Web and Dark Web to share ideas and technology. These areas of the internet are not indexed by standard search engines, offering closed environments where criminals and terrorists can communicate. 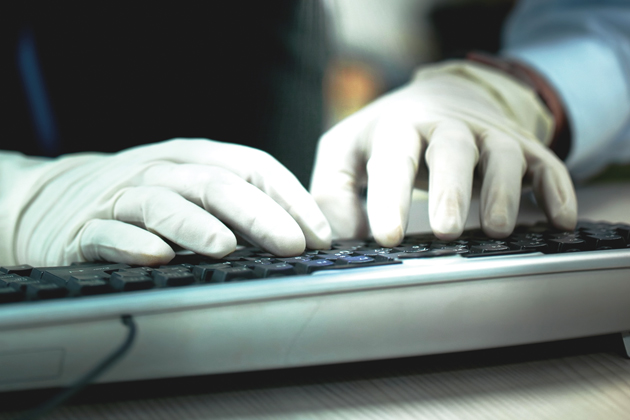 A number of new services specialize in monitoring and analyzing activities on the Dark Web.  According to Laith Alkhouri, co-founder of Flashpoint, which monitors and contextualizes Dark Web data, keeping tabs on the Dark Web is a way of measuring sentiment among the jihadist community, where hard-liners first propagate and hatch ideas. “We can give a business a far more realistic understanding of the nature of terrorist threats without jeopardizing your network or having you make linguistic mistakes,” he said.

Other companies focus on cybersecurity and the threat of a terrorist attack on internal networks. Aside from the usual suspects such as IBM, Intel/McAfee and Symantec, many new companies that focus on the threat of network attack are newcomers like Carbon Black, Crowdstrike, Cylance, FireEye, Tanium and Threat Stack. The lattermost is notable for its growing use of machine learning and artificial intelligence technologies.

Consultants warn that corporations also need to be aware of the possible threat of terrorism from within. Chuck Saia, CEO of risk consultancy Deloitte Advisory, said the company uses a combination of technology tools to monitor and measure 30 attributes about their own employees, trying to understand if someone is doing something “unnatural with technology,” such as downloading an excessive amount of company information or visiting suspicious websites, indicating a possible terrorist threat to the organization.

Technology that can be deployed in the field is also being developed. This involves the growing use of both biometric sensors to help determine if someone poses a threat and chemical sensors that can help to identify if someone is transporting explosives or dangerous chemicals.

Converus, for example, has developed eye-tracking technology that measures pupil dilations as small as a tenth of a millimeter to determine whether or not someone is lying. The company has touted its technology as an effective way to help investigate whether any terrorists have infiltrated the ranks of refugees coming into a country. “We could test 10,000 people in 15 working days,” CEO Todd Mickelsen said. The company’s technology is used within government agencies and to vet law enforcement officers by 230 customers in 22 countries.

Another company, Vaporsens, has developed a vapor-analysis device that it describes as a “portable, electronic nose.” It can sniff out trace amounts of dangerous chemicals, including a host of explosives and two dozen different toxic gases, providing far more accuracy than what is currently available, the company claims.

Other innovations that can be used to monitor or thwart terrorist attacks include bomb-sniffing and data-collecting drones and robots, systems to monitor behavioral activity on computer networks, omnipresent sensors and 24/7 data collection, digital face-search technology, 3-D scanning programs to better visualize building interiors in the event of an attack, blockchain technology to provide greater transparency in financial and real estate transactions, and satellite technology.

“Satellites used to be the domain of governments alone, but now you are starting to see the cost of satellites and their deployment coming down dramatically,” Cilluffo said. As a result, he expects the technology will be increasingly used by corporations as an intelligence tool to help monitor and block terrorist threats.

Part of the Solution

Of course, not all efforts to introduce anti-terror technology have been successful. In the aftermath of 9/11, millions of dollars were spent on biosensor and air detection technology that had not been fully tested prior to distribution and failed to work, the Government Accountability Office reports. Some experts believe the lesson learned is that the technology to thwart terror cannot rely exclusively on the counterterrorism market in order to survive. “The companies that will likely be most successful in the long-term will be those that have dual-use applications,” Cilluffo said. This means they will need to have been tested commercially, but also have the ability to be modified to support broader government requirements.

But for all its benefits, technology is never the be-all and end-all when it comes to fighting the terrorist threat. “The biggest terrorist danger for any organization is the possibility of a terrorist act coming from its employees,” said Patrick Skinner, director of special projects at security consulting firm Soufan. To that end, companies need to foster good employee relations, get to know their employees, train them in what to look for and what to do in the event of an attack, and aim to ensure their physical safety. “It’s not just about building a big cyber fence around the company,” he said.

“When it comes to terror risk, you can’t just focus on the technology,” said Mike Steed, co-founder and head of Paladin Capital Group, a venture capital fund that invests in technology firms targeting the threat of terrorism in the online world. Steed believes companies must have a holistic response, which means they need to identify the potential threats against their organization, create policies and programs to outline what to do in the event of a terrorist attack, and start thinking about hiring people to address these issues and potential risks full-time. “In the next five years, I think global corporations will go from having two to three people dealing with these matters to having teams of 40 to 50 people focused on terror risk,” he said.

Technology is not the only answer, though. “Technology can be overrated,” said Arnette Heintze, CEO at security risk management firm Hillard Heintze. “It is only one piece of the solution to keeping us safe.” His firm offers a real-time threat assessment travel risk management tool and an explosion detection technology for executives, but simpler tools can still play a key role in terrorism prevention. “There is another critical piece when we talk about terrorism called common sense and situational awareness of the environment,” he said.

Corporations need to foster greater awareness among employees and business partners because the threat is everywhere. “These days, you can’t assume that places around the world—and even in the United States—are safe,” he said. “It’s not like Mayberry from the old Andy Griffith Show.”
Katherine Heires is a freelance business journalist and founder of MediaKat LLC.