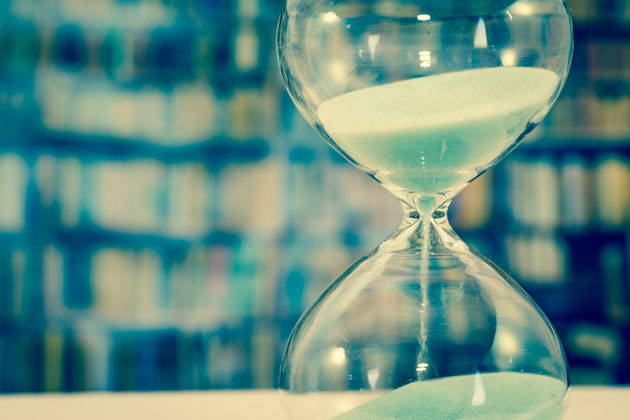 In current discussion of fraud and crime coverage, emerging cyberrisks and appalling financial schemes grab the headlines, and the direct loss conundrum captivates coverage counsel. While policyholders and their risk managers should of course monitor those issues, they also should remember the basic timing requirements that could undermine otherwise valid claims. Recent decisions show that even the most carefully crafted crime coverage may have no value if policyholders wait until it is too late to take action against dishonest employees or dissembling insurance companies.

Before claims arise, policyholders and their risk managers should keep in mind that continuing to employ an individual after discovering dishonest conduct may be entirely at the employer’s risk, forfeiting the protection of their fidelity or crime insurance as to that employee. In general, fidelity and crime policies include a condition cancelling coverage for any employee as soon as the policyholder, or any director or officer, learns of a criminal, dishonest or fraudulent act committed by that employee. The cancellation provision may specify time limitations, such that only dishonest conduct by the unfaithful employee during the policy period would cancel coverage, or monetary thresholds, such that only dishonesty or criminal conduct by the unfaithful employee involving property valued over a specified amount would cancel coverage. Once dishonest conduct is known, even if there is no immediate loss, the employer might not be insured against subsequent loss caused by that employee’s further misconduct.

For example, in NCUA Board v. Cumis Insurance Society, Inc., the U.S. Court of Appeals for the Sixth Circuit affirmed a trial judgment that credit union liquidators could not collect on a fidelity bond for losses caused by fraudulent loans discovered during the period of the bond, because a director of the credit union knew years before inception of the bond that the officer responsible for the fraudulent loans had falsely reported to regulators and to the board of directors itself that there were zero loan delinquencies.

At trial, the director testified that he knew in fact there were delinquencies, based on his prior experience as an officer of the credit union, that the board had concerns about the zero delinquency rate which it raised on occasion with the officer in question, who never provided a solid answer to the board's concerns. The trial judge found that taken as a whole, this testimony established that a director learned of the officer’s dishonesty before inception of the bond.

The Sixth Circuit affirmed, finding fanciful the argument that the policyholder “could discover [the officer]'s dishonesty prior to 2010 and, without revealing this discovery to an insurer, purchase a bond to cover any loss that might result from [the officer]'s dishonest acts, wait until the bond took effect on February 10, 2010, and then ‘discover’ the loss, file a claim, and recover for that loss.” Rejecting this argument, the Sixth Circuit cited a prior decision finding such a result "unreasonable and unnatural" and stated further that “others would label this insurance fraud and it would ill behoove us to endorse it in an overly reductive interpretation of policy provisions.”

Prudent risk managers should encourage their colleagues to consider prompt termination of any employee known to engage in criminal, dishonest or fraudulent acts, even if it has not resulted in immediate loss. Failing to do so could mean the enterprise is “going bare” on the risk of fraud loss caused by any such employee that is discovered later.

Risk managers or their advisors also should review policies carefully upon discovering a fraud or crime loss to ensure they provide timely notice of claims, proofs of loss and commencement of litigation. Wordings may vary but typically a notice of claim must be provided at the earliest practicable moment, a proof of loss must be provided within several weeks or months of discovery of the loss, and legal proceedings must be commenced within two years from the discovery of loss. Another recent decision shows that timing is everything when it comes to commencing litigation against an insurance company that fails to acknowledge its obligation to cover a crime claim.

Independent Trust Corp. v. Kansas Bankers Surety Co. involved a common scenario, in which a suit seeking indemnification under a financial institution crime bond was found to be time barred. The policyholder discovered a $68 million cash shortage in June 2000 and submitted a proof of loss in October 2000, leading the insurance company that had sold a $10 million crime bond to request information and documents but no formal denial of the claim. The policyholder filed suit in March 2004. The bond included typical provisions prohibiting suit after the expiration of 24 months from the discovery of loss, and the court held that the suit was untimely.

The Independent Trust court rejected the policyholder’s arguments for statutory and equitable tolling of the two-year contractual suit limitation. The statutory tolling argument failed because the policy constituted “fidelity insurance,” which was exempted from the applicable Illinois tolling statute. The court also declined to apply equitable tolling, which would apply if a defendant actively misled the plaintiff, or the plaintiff was otherwise prevented from asserting its rights in some extraordinary fashion. The policyholder argued it was prevented from asserting its rights because the insurance company stated the claims remained open and never issued a denial, but the court noted the policyholder had failed to respond to information requests for a substantial time, with nothing in the record to show the policyholder sought to determine the status of its claims or to assist in the insurance companies’ investigation.

The policyholder was compelled to raise statutory and equitable tolling arguments because it apparently had failed to ask the insurance company to enter a tolling agreement. The lesson is that policyholders must request a formal tolling agreement well in advance of the earliest potential suit limitation under the terms of the policy and facts relating to discovery, in order to preserve the option of commencing a timely action if the insurance company does not agree to toll the limitations period during its investigation.

In short, policyholders should take care not to forfeit crime coverage through forgiveness of dishonest employees or failure to meet timing conditions, especially with contractual suit limitations that can be strictly enforced.
Robert M. Horkovich is managing partner in Anderson Kill’s New York office and chair of the firm’s insurance recovery group. He is a trial lawyer who has obtained more than $5 billion in settlements and judgments for policyholders from insurance companies.
Edward J. Stein is a shareholder in Anderson Kill’s Stamford, Conn., and New York offices. His practice concentrates on insurance recovery, exclusively on behalf of policyholders, in matters involving fidelity, environmental, directors and officers, professional liability and other insurance coverage cases against U.S. and London market insurers.