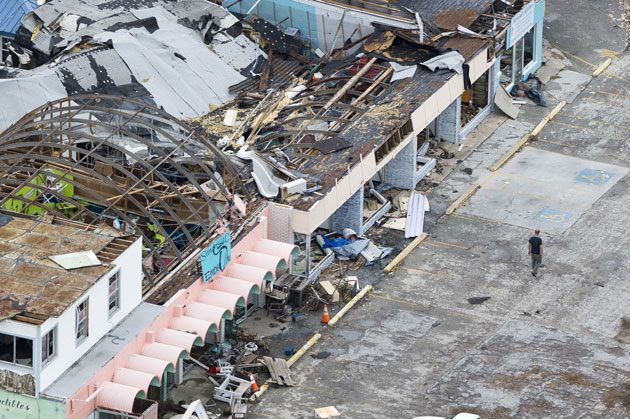 As shown by the recent catastrophic impacts of Hurricane Harvey and Hurricane Irma, ensuring that your business is adequately covered for all potential storm risks is critical. But even if your business is not in the direct path of a hurricane, you still could suffer significant financial loss if another business you rely on is shut down or impacted by the storm. For this reason, contingent business interruption (CBI) insurance is (or should be) an important part of your insurance coverage portfolio.

CBI typically provides coverage for loss of income due to physical loss or damage to property of a third party, such as a supplier, customer, transporter or other businesses that you rely on to operate your business. For example, if your sole supplier of materials is shut down because of a hurricane and subsequent cleanup, your business could suffer significant financial loss. CBI insurance provides coverage for this type of loss.

What is Required to Trigger CBI?

Additionally, some policies explicitly limit coverage to those businesses that are in a direct contractual relationship with the policyholder, whereas others employ broad language that triggers coverage after damage to “any supplier of goods or services.” This broader language should not require a direct contractual relationship between the insured and the dependent property. Thus, if the policyholder relies on a supplier, and that supplier relies on another supplier that actually suffers the direct property damage, CBI still may be available for the policyholder’s resulting financial loss.

As discussed above, most first-party property policy CBI provisions require that the dependent property suffer some direct physical loss. Whether particular damage constitutes direct physical loss to dependent property sufficient to trigger CBI coverage will vary based on the circumstances, including in particular, the language of the insurance policy at issue. For instance, if a hurricane were to flood and disable a dependent property’s computer systems, the flooded computers would likely constitute the requisite physical injury to tangible property needed to trigger CBI coverage. Of course, whether such flood damage could in fact trigger CBI would also depend on whether the policyholder’s own policy included coverage for flood, since most policies require that the loss giving rise to the interruption be one that would otherwise be covered under the policyholder’s own policy.

When Does CBI Begin, and When Does It End?

CBI is typically governed by time limitations, both for coverage inception and duration.

On the front end, CBI often does not incept until after a specified waiting period has elapsed.  Such waiting periods often are between 48 and 72 hours. Think of this as a “time-element” deductible or retention. Once coverage has incepted, CBI will typically last until the dependent property is rebuilt, replaced or restored. This period is often referred to as the “period of restoration.” Keep in mind, also, that like other coverages, CBI may be subject to a policy limit or sublimit.

How to Prepare a Business Interruption Claim