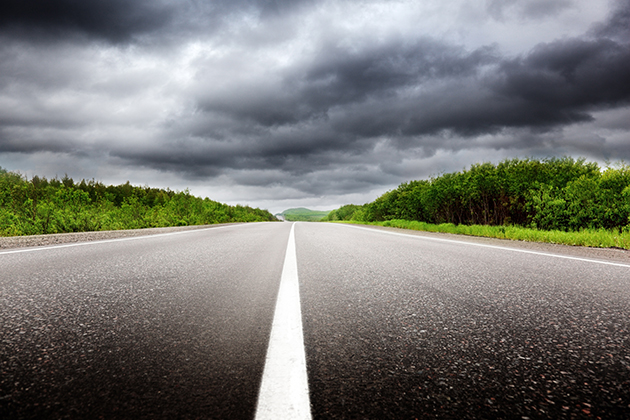 Disaster fatigue is an understatement for how insurers, first responders and relief agencies such as the U.S. Federal Emergency Management Agency must be feeling about 2017. Communities around the world are reeling from the record loss of life, property and livelihoods following this annus horribilis, which, just in the United States, has seen apocalyptic wildfires in California, record-flooding in Houston, and wide-scale devastation across the Caribbean and Florida Peninsula, courtesy of Hurricanes Harvey, Irma and Maria. These events, along with the devastating earthquake in Mexico City, have conspired to make 2017 what will no doubt prove to be the costliest on record for natural disasters for insurers, as well as for many of the inhabitants of the impacted locations.

These events may surpass the $500 billion mark in terms of economic costs and insured losses, making 2017 the worst year on record. Indeed, some insurers have already declared it their costliest year. Combine the clash of these man-made and natural catastrophe losses with other complex risks, which are beginning to affect the insurance industry’s collective balance sheet—such as cyber or political risk—and it is reasonable to expect a substantial hardening of rates and terms into 2018 and beyond.

The insurance industry oscillates between “hard” and “soft” markets as a function of market penetration, loss ratios across distinct categories of coverage, as well as interest rate and macroeconomic factors. With the top 10 insurers themselves sitting astride more than $7 trillion in assets under management, the global insurance industry is at once too big to fail and too big to hide, requiring new ways of allocating capital and pre-investing in resilience.

As an example, the Equifax cybersecurity breach is expected to cost international insurance markets as much as $150 million. When combined with the under-penetration of cyber insurance across comparatively safer industry segments and in the middle-market, the Equifax breach may itself result in more circumspect (read pricier) insurance terms moving into 2018. Indeed, Lloyd’s is already preemptively signaling a hardening of cyber rates. While exclusionary language often shields insurers from rampant threats, many of them are on the hook for cyber exposures that have not been explicitly carved out of their policy language and, therefore, adequately capitalized through customer premiums. One such gap is the potential marine and aircraft property damage exposure amplified by cyber threats, for which insurers are tacitly on-risk.

The other megatrend that has harmed the risk-bearing industry in 2017 is political risk, particularly in developed economies. The Brexit move, as one example, has cut Lloyd’s market access into the EU and, along with it what are known as “passporting” rights for insurance policies across the common market. With this move, the United States has become Lloyd’s largest single market, generating more than 50% of premiums. Heightened tension on the Korean Peninsula and the increasing likelihood of a proxy war between the Kingdom of Saudi Arabia and Iran ought to give broad segments of the market pause about the future, given the long investment horizon insurers rely on. The degree of uncertainty that pervades the global political landscape has not been seen in decades, and has contributed to a presumption that 2018 may witness the end of an extended period of relative peace in much of the world.

The insurance market thrives on underwriters’ belief that there is a better chance that profits will exceed losses. In an ordinary year, that is generally the case, which accounts for insurers’ ability to have amassed their embarrassment of riches. However, the chickens always come home to roost. The United States had gone a decade without experiencing a major hurricane landfall, but 2017 fixed that. Although cyberrisk is now in the forefront of many peoples’ minds, cyber insurance is a relatively new phenomenon, which has drawn in approximately 80 insurers and their balance sheets like so many moths to the fire. Insurers have in recent years gravitated toward insuring cyberrisk either as a bundled product coupling cyber with other classes of insurance, or on a stand-alone basis, which comprised just 5% of the market in 2015. The systemic nature of cyberthreats may make many of these insurers regret this decision. It seems likely, perhaps even probable, that the centrifugal political forces tugging at stability in various parts of the world will result in additional unforeseen events that will cause unanticipated insurance losses in the future.

A hardening insurance market—resulting in higher premium rates and reduced terms of coverage—is an insidious trap for the industry, which, rather than retreating, ought to press ahead and drive out underinsurance rates. Lloyd’s research has found that a 1% increase in insurance penetration equals a 22% decrease in the taxpayer burden of unfunded economic losses. This year’s persistent rate of natural disasters (in which a mere 15% of Houston households had flood insurance) means that up to 85% of costs are being passed on to taxpayers, or not funded at all. In confronting the trifecta of inferior underwriting results, low market penetration, and macroeconomic headwinds (set against growing geopolitical uncertainty and persistently low interest rates), innovation and risk-taking seem to be the only answer for the $5.5 trillion global insurance industry.

Looking into 2018 and beyond, there are three broad opportunities for insurers to gain yield on their balance sheets and shield themselves from further compounding losses. The first is in product innovation and diversification. Approximately two-thirds of economic losses resulting from man-made, natural or emerging risks are uninsured, which spells opportunity for innovative insurers, brokers, and other intermediaries. Wading into such uncharted waters requires a commitment to innovation and calculated risk-taking, however, which tends to make such a mature, risk-averse industry uncomfortable. Technological disruption and digital transformation should form part of this innovation agenda, where emerging technologies like blockchain offer unique pathways for transformation.

The second area of opportunity is in channel strategy and distribution. All too often the insurance industry’s balance sheet is weighed down by excess capacity constraints, which labors under unfulfilled distribution promises, excessive market fragmentation, and a yawning gap between the “risk-makers” (e.g., companies and people) and the “risk-takers” (e.g., insurers and reinsurers). Bridging this gap requires breaking down friction and “arms-length” transactions, which often labor under the opacity of brokers and agents who may not have either the talent or the best interests of their clients in mind. The third area of opportunity, which of course presupposes regulatory improvements, is to continue working within the public-private domain to create risk-transfer structures that help offset the enormous burden of unfunded losses. Loosening state-backed programs, such as flood and other catastrophe programs to broader market participation and innovation is just one area where this approach could apply.

Beyond the enduring pain, suffering, and recovery efforts required to dust off from 2017, we have also seen how the insurance industry provides an essential societal service. Increasing insurance penetration, innovation, access and market adoption—despite hardening conditions—will be for the greater good. The insurance industry has never seen such a confluence of factors at its doorstep before, being illustrative of the ongoing clash between man-made and natural risk. The industry’s challenge is to find the right balance between measured risk taking, continued innovation, and sustainable profitability, while being mindful of the many unforeseen challenges that await it in 2018 and beyond.
Dante A. Disparte is founder and CEO of Risk Cooperative, based in Washington, D.C., and co-author of the book Global Risk Agility and Decision Making.
Daniel Wagner is is senior investment officer for guarantees and syndications at the Asian Infrastructure Investment Bank in Beijing. He has more than three decades of experience assessing cross-border risk, is an authority on political risk insurance and analysis, and has worked for some of the world’s most respected and best-known companies, including AIG, GE, the African Development Bank, the Asian Development Bank and the World Bank Group. He has published eight books—The Chinese Vortex, The America-China Divide, China Vision, AI Supremacy, Virtual Terror, Global Risk Agility and Decision-Making, Managing Country Risk, and Political Risk Insurance Guide—as well as more than 700 articles on current affairs and risk management.