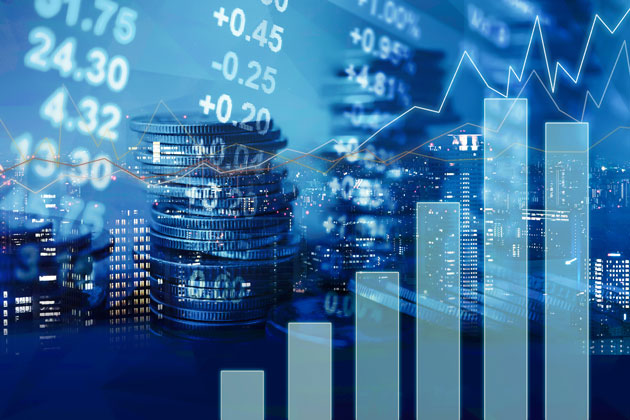 For businesses trading globally, understanding emerging economic risks is vital for setting smart strategy. Although the global economy performed well in 2018, experiencing mild growth of 3.1%, 2019 is predicted to be a little rockier, with growth reaching just 2.8%. Many factors contribute to this outlook, but the main culprit for a less rosy year ahead is rising uncertainty surrounding major developments such as the U.S.-China trade war, the faltering Brexit deal and U.S. policy unpredictability.

The Big Picture
Corporate insolvencies are expected to decline only 1% throughout the year, while GDP growth will decline slightly across the board, with the exception of mild 1.9% expansion in Latin America.

In the United States, GDP growth will likely fall to 2.5%, a -0.4% change from 2018 caused by the fading fiscal stimulus boost and less favorable financing conditions. Likewise, we expect GDP growth in the eurozone will fall to 1.7%, a -0.3% change from 2018. Emerging Asia’s growth, expected to decline -0.4% to 5.6%, will be hampered by the unfolding trade war and further tightening. In Eastern Europe, growth is expected to be negatively impacted by continuing struggles of the Turkish economy and sanctions against Russia. Also on the decline for 2019 is global trade, which saw remarkable expansion of 4.6% in 2017, down to 3.7% in 2018 and will likely dip further to 3% for 2019.

Again, uncertainty is the primary driver of these predictions. Uncertainty stems primarily from policy mistakes, which are at the heart of many of the emerging risks facing the business climate this year.

Poor policymaking has already translated to crises in several emerging economies. For instance, Turkey’s outlook for 2019 is among the most negative, thanks to the government’s slow response to surging inflation and recent policy mistakes, including the increase of government leverage on the Central Bank and the detention of journalists and human rights activists with EU citizenship. Its missteps have caused rapid deterioration of economic growth in the latter half of 2018. The recession will likely persist in 2019, with -1.7% growth forecast for the year.

Additional policy mistakes, both in faltering countries like Turkey and in economic superpowers like the United States, could have global ramifications. Thus, the biggest risks on the radar include:

Although there is broad support from both within and outside the United States for a more assertive approach in trade matters with China, many governments and economic analysts do not agree with the tariff approach. Analysts at Atradius predict that if the trade war continues, it will prove a net negative, hampering trade growth throughout 2019. As it stands, China is suffering the most from these tariffs, as well as countries in Asia closely integrated with China in global supply chains, such as Malaysia and the Philippines. Looking forward, additional tariffs would negatively affect inflation, business and consumer sentiment and, ultimately, global economic growth.

Unfortunately, neither country looks to be budging because both consider it a high-stakes game. The United States considers China’s trade practices in regards to technology as an existential threat to their technological leadership. China, on the other hand, sees its economic model and strategic ambition at the heart of its past, present and future economic development. The underlying issue, in other words, is global economic supremacy.

Another cause for concern is that U.S. protectionist measures on partners like Canada, Mexico and the EU may be expanded as well. The United States has already levied tariffs on steel and aluminum imports from the EU, Canada and Mexico. While the recently signed United States-Mexico-Canada Agreement (USMCA) reduces trade risks with Mexico and Canada and dialogue with the EU reduces chances of additional tariffs for now, the U.S. administration’s stance remains highly uncertain. For example, President Trump has threatened additional tariffs on imports of EU cars, a big risk for the German auto industry.

Risk 2: Federal Reserve Policy Changes
The second highest risk facing the global economy is changes in Federal Reserve policy. The Fed may be forced to accelerate tightening in 2019, thanks to the current framework and the unfolding trade war. Further tightening would not only put a brake on U.S. economic activity but would also cause financial turbulence. The most vulnerable countries are those with large currency mismatches through unhedged borrowing in U.S. dollars and low fiscal and external buffers.

The latter half of 2018 already saw some countries experiencing significant currency depreciations.

For instance, the Argentine peso depreciated more than 50%, the Brazilian real depreciated 25%, and the Mexican and Colombian pesos experienced increased pressure as well. These and other depreciations were caused by global risk factors, particularly capital outflows and a stronger U.S. dollar in line with rising Fed rates and the escalating trade war. On top of this, there has been elevated political uncertainty, such as presidential elections in Brazil and Mexico and domestic policy mistakes in Turkey and Argentina.

Without properly taking currency risk into account, U.S. firms could face some challenges. With broad depreciations against the dollar, demand for U.S. products and services from abroad eases because they are more expensive. In addition, firms may experience increases in non-payment from foreign firms that do not properly hedge against currency risk.

Risk 3: Increasing Oil Prices
As usual, volatility is perhaps the only certainty in the oil market. That said, there is a long-term upward price trend in the oil market, and the risks are increasing. Whereas demand growth dominated the late 2017 and early 2018 price run, the supply side has now taken over.

Policy missteps play a role in this risk factor as well. With the U.S. withdrawal from the multilateral Iran nuclear deal, Iranian oil exports may be hit to the tune of 1.3 million barrels per day. This figure comes in addition to an oil supply implosion in Venezuela and a disruption in Libyan production. Oil prices will likely climb above their 2018 rise to nearly twice the level recorded in 2017. We believe this rise in prices, and the uncertainty it creates, will pose a setback for the global economy, especially for oil-importing emerging economies.

An oil price surge is never welcome for oil importers, but this is especially poor timing. Two factors in the global economy may further worsen the impact of the oil price surge. First, global trade is under pressure, exacerbated by the unfolding trade war—not exactly the ideal time to gear up exports. Second, the higher need for finance will come at a time when the monetary authorities are already tightening.

Although it is true that economic risks are on the rise in 2019, there is still plenty of opportunity for firms to broker successful foreign trade deals. To mitigate risks, businesses would be well advised to stay informed of global geopolitical risks, as well as the economic and political health of individual countries in order to stay abreast of developing scenarios.
Dana Bodnar is an economist at Atradius, where she is responsible for macroeconomic and country risk analysis specializing in Central and Eastern Europe.

Looking Ahead: The 2019 Risk Landscape