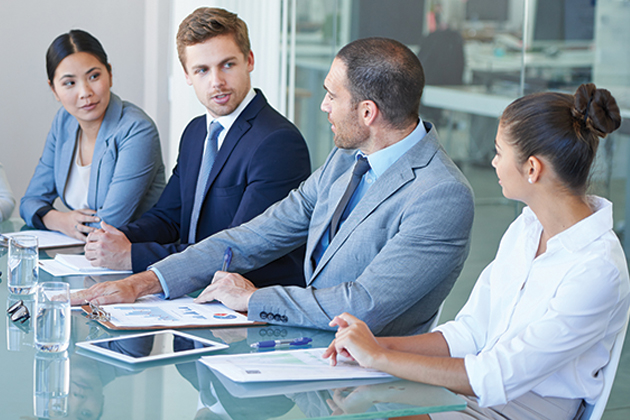 Especially at public companies, many corporate boards are facing increased risk and liability exposure from a volatile past few years. Case in point: After Marriott announced its data breach on Nov. 30, it took plaintiff’s attorneys only one day to file a securities class action lawsuit against the corporation. In fact, cyber exposure and the subsequent reputation damage are the top concerns cited by corporate boards in a recent study by Akin Gump Strauss Hauer & Feld LLP.

But there are many other potential risks that could result in lawsuits against corporate directors and officers (D&O). These include an ensuing drop in stock price after an incident, mishandling of personal information, effects of the opioid crisis, sexual harassment allegations, and pollution risk created by the use and disposal of dangerous chemicals used in manufacturing. Even liability suits for mass shootings in the workplace can find their way to directors and officers.

Insurance designed to protect corporate directors and officers has been on the market for almost a century, but it was not until the scandals of Enron and WorldCom in the early 2000s that many executives became more aware of the need for liability protection. While we all remember those two bankruptcies, many may not recall that directors of WorldCom had to contribute their personal assets to settle the D&O claims that ensued.

Today, the risk factors motivating the purchase of additional D&O insurance are compelling, but the type of coverage purchased has a material impact on the limits available to protect directors from liability. As corporate officers reevaluate their current D&O coverage, it is important to thoroughly understand the type of coverage purchased and to quantify a board’s potential risk or “claim severity.”

In 2017, 9% of public companies in the United States faced securities class actions—an all-time high. These are highly correlated with ensuing D&O claims, and the risks facing every company continue to grow. A U.S. Supreme Court ruling late last year, for example, now enables litigants to pursue class action suits regarding initial public offerings in state courts, which are commonly perceived to be more sympathetic to plaintiffs. These suits are also generally more expensive to defend because they cannot be consolidated and must be negotiated or litigated case by case.

Despite this increase in risk and liability exposure, the market for D&O insurance continues to be soft, with low premiums relative to the potential exposure. There continues to be ample competition for this business, preventing any meaningful increase in pricing. As such, this is a good time for companies to purchase additional coverage as pricing may be at a low point, especially in the excess layers. That said, not all D&O coverages are alike. An understanding of the coverages and their differences is essential for decision-makers looking to evaluate risk mitigation options.

With the introduction of the Private Securities Litigation Reform Act (PSLRA) in 1995, there followed a change in D&O coverage available in the marketplace. PSLRA is a federal law enacted in response to the perceived increase in frivolous class action suits alleging securities fraud under the Securities Act of 1933 and the Securities Exchange Act of 1934. The key features of PSLRA are:

Insurance companies expected a steep decline in the frequency of D&O claims after the passage of PSLRA, but that proved to be short-lived. It only took about a year for skilled plaintiff attorneys to learn how to work around the restrictions imposed by PSLRA for filing claims.

The addition of Side C coverage was justified because it was expected to eliminate enormous legal fees incurred in the allocation of settlements and judgments between the directors and officers and the entity. However, as the entity paid between 30% and 50% of the settlement or judgment, the addition of Side C coverage reduced the limits available to directors and officers by 30% to 50%.

In the case of bankruptcy, a policy with Side C coverage that protects the entity becomes an asset of the bankruptcy trust to be distributed among all creditors and, therefore, not always available to directors and officers.

This, in turn, gave rise to another type of D&O insurance coverage known as Side A. While this coverage was available in the market long before PSLRA, purchasing proliferated after the law was introduced in 1995. Side A limits are available exclusively to directors and officers, are not shared with the entity, and do not qualify as an asset in the case of bankruptcy.

Today, it is common for companies to purchase D&O coverage, including Side C, at the lower attachment points of the coverage in the D&O “tower” and then purchase Side A coverage to sit above that. Then, if the underlying limits are exhausted, the additional coverage is only for the protection of directors and officers. As such, when a board evaluates the amount of D&O insurance to purchase, every dollar of limits is not the same.

With a growing cadre of risks facing companies and various D&O insurance coverage options, boards are asking their risk managers to carefully evaluate the risks and any mitigation efforts that could reduce those risks and determine how much and what type of D&O coverage is right for the company and its board. Companies that are proactive when handling their D&O coverage will be in a better position to attract and retain the most talented and effective directors.
Joy A. Schwartzman is a principal and consulting actuary at Milliman.

Directors & Officers Abroad: The Rise of D&O Litigation Around the World