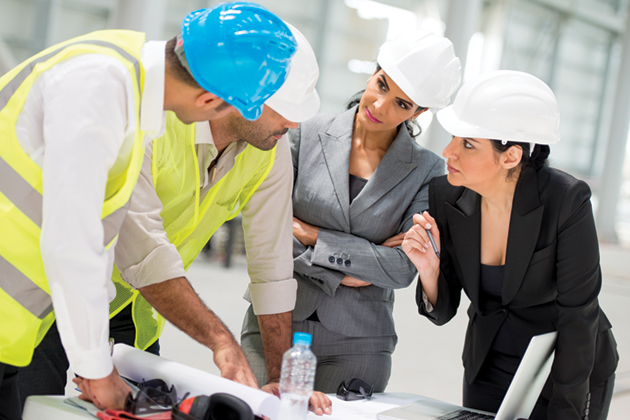 Disputes arising during a construction project can hurt the wallets of project owners and contractors alike. Not only are such disputes costly to project participants, but they can also cause delays that result in more expense for all involved. Disputes about the scope of work, possible defects in the work and the timeliness of the work often arise in construction. To minimize unexpected costs and delays and avoid disputes wherever possible, project participants should create a plan before the project. It is critical to:

Avoiding project disputes requires immediately establishing reasonable goals and expectations. Clearly and unambiguously defining what can reasonably be achieved and at what cost is essential before beginning the project.

For example, project participants should develop a reasonable and realistic budget. Disputes commonly arise because the budget of either the owner or contractor is unrealistic. If an owner underestimates its project budget or a contractor underestimates its cost, the likelihood of dispute increases significantly.

A realistic and achievable project schedule must also be carefully developed. Overly aggressive schedules that are unachievable lead to disputes. The project schedule should also have some flexibility built in to absorb any unanticipated events that arise during construction and create delays, including bad weather, unexpected design changes, late delivery of building materials or unforeseen site conditions.

Additionally, using an adequate number of qualified team members is essential, as underestimating the number of project staff needed to perform the job in a timely manner often causes disputes. Further, team members who have ineffective management skills, antagonistic personalities or poor communication skills can cause delays and further disputes.

Every page of the contract should be carefully read and meticulously studied before signing. While this may seem obvious, disputes often arise because project participants did not read or understand all of the clauses in the contract before signing. There is no such thing as “boilerplate”—all contracts are different, and parties should clearly understand their rights and obligations before they sign the agreement, not after.

Pay special attention to contract provisions most likely to generate a dispute, including the scope of the work, payment terms, changes, project schedules, completion milestones, delay damages and consequential damages. Study the notice provision carefully as well, because it often dictates the timeframe within which notice of a potential problem must be given to the other contracting party. Even more importantly, if notice is not given within the time prescribed in the notice provision, the contracting party may waive its right to make a claim for additional money or time.

Many contracts also contain a list of specifically defined terms that should be carefully studied. Project participants should be aware of and understand the implications of any qualifications or exceptions to the defined terms. Exhibits to the contract are also extremely important and should not be glossed over as they typically contain important provisions and requirements.

Because construction contracts are project-specific, participants must have a complete understanding of all the obligations of both the owner and the contractor before the job begins. This greatly reduces the risk of project disputes later.

Regardless of advanced preparation and planning, unexpected events such as design errors or scope changes almost always arise during construction projects. However, having early-warning systems in place can help avoid or minimize the risk. A risk management program designed to promote early detection and resolution of potential problems on the job goes a long way to prevent a full-fledged dispute from developing. The program should include a formal strategy and procedures for resolving issues that may arise during construction before they become formal disputes.

When a potential problem is reported, project managers should be proactive and promptly investigate and attempt to resolve the issue. They should immediately engage with the project team members involved and review the relevant documents and communications so that appropriate action can be taken quickly. Project participants should not wait until a warning sign becomes an actual dispute to attempt to resolve a problem.

The success of a project hinges on keeping project team members and stakeholders informed. Project participants should implement reporting systems before construction begins so that, if an unexpected issue occurs, it is promptly and accurately reported to the appropriate team members and stakeholders. While these reports can take many forms, participants should always track costs, resources, schedules, status of the work, changes and potential changes.

Project reports must be both accurate and timely to effectively prevent disputes, so it is imperative to task personnel with keeping the reports up-to-date as construction progresses. If your reports do not enable project stakeholders to obtain current and accurate information, disputes become more likely. A system of detailed, complete and consistent reporting will improve your odds of preventing formal disputes.

Requiring management-level project participants to first sit down at the table and negotiate increases the likelihood that disputes will get quickly resolved, and a contract provision that requires project participants to continue performing the job throughout the dispute resolution process is equally important. A carefully crafted dispute resolution mechanism in the contract will help to encourage quick resolution of disputes and minimize delays.

Being reasonable is the touchstone of dispute avoidance on a construction project. After all, construction contract disputes are generated by the way people respond to issues that arise during construction. Thus, project participants can typically avoid or resolve a dispute by first openly communicating about the issue both internally and to the other party, and second by responding reasonably to potential problems as they arise.

It is imperative that project participants maintain open lines of communication with each other and address issues that arise during construction as they happen. Be open-minded and prepared to compromise, and keep in mind that not all problems during construction are worth fighting over. When project team members are more interested in being “right” than achieving solutions, disputes inevitably develop.

Careful planning and implementation of real-time project management, effective and open communication, and proactive issue resolution are an effective way to avoid nasty and expensive disputes.
Gregory Seador is vice president of Shapiro, Lifschitz & Schram and a member of the firm’s litigation and trial, construction, and power and energy construction groups.