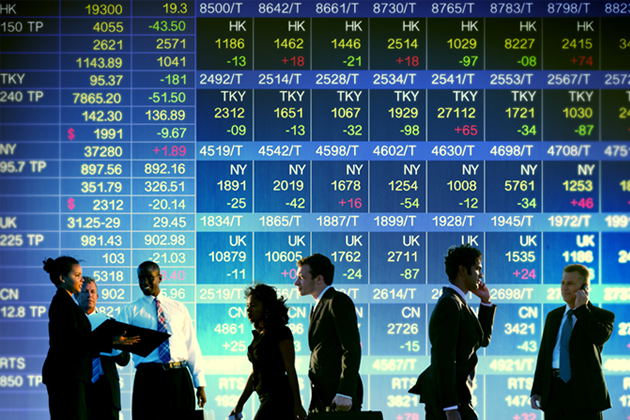 Litigation is on the rise, and the market is volatile, causing the risk management industry to chart unknown waters. The insurance industry is experiencing a hardening market—and special purpose acquisition companies (SPACs) are at the center stage of it all.

When David Nussbaum introduced SPACs to the open market in 1993, blank check companies were prohibited in the United States, but SPACs were considered an exception. These shell companies purposefully raise funds through an initial public offering (IPO) with the only goal of acquiring another company. This route allows private companies to bypass the traditional IPO process when they want to go public.

Since then, more than 500 blank companies have been formed, raising over $100 billion. There are several reasons for SPACs popularity. For one, many companies are highly attracted to the SPAC vehicle because they can have a tighter hold on public markets through early entry. Plus, SPACs are poised to outperform 2020, creating an even more competitive environment than before.

However, with SPACs upstaging other traditional routes for going public, they also face more unique threats. Insurance professionals and risk management specialists alike are taking note of SPACs’ morphing role in the market and the vulnerabilities these blank check companies face.

As with any company going public, SPACs must navigate the IPO process savvily. However, SPACs progress through a different life cycle than other companies. The following is a typical SPAC pathway, along with some risks they face during each phase:

A cyberattack could delay negotiations and compromise confidential information. It is no surprise then that most U.S. CEOs report an extreme concern about cybersecurity. With plenty of sensitive data passing between multiple parties and across several channels, cybercriminals could derail an acquisition quickly. Cyber threats are most common during the due diligence phase or mid-deal, putting the corporate transaction and the management team at risk.

Sourcing sponsors is significant exposure, mainly because conflicts of interest can quickly surface. Unlike traditional IPOs, investors consider SPAC founders a selling point, since they hold a sizable stake in the company. So, an unusual amount of financial responsibility weighs on SPAC founders.

Merger and acquisition (M&A) activity is frequently a target for cyberattacks. Unfortunately, SPACs do not have the option to keep their business plans and deal confirmations in the shadows because part of the process is announcing these activities. Naturally, cybercriminals jump on that exposure.

As mentioned, during M&A deals, parties pass sensitive information back and forth to complete the deal, including intellectual property, business strategies and confidential communication. All businesses face cyber threats in today’s world—but during M&As, those everyday threats skyrocket.

The news is peppered with success stories of SPACs performing well. Usually, former CEOs of Fortune 500 companies sponsor these companies, causing others to view them as archetypes instead of extraordinary. Some individuals might even assume that the SPAC route is free of risk altogether.

However, misrepresentations and omissions have knocked more SPACs off course than the success stories featured in the news. Some SPACs are highly profitable with a less dilutive structure—but they are the exception, not the standard. Post-acquisition success also usually points to careful capital structuring initially.

As new SPAC structures surface, the U.S. Securities and Exchange Commission (SEC) adjusts its rules and regulations. Unsurprisingly, many of the issues arise when the company starts operating as a publicly traded company. The SEC faces massive challenges, which trickle down to SPACs. And that’s just for starters.

Consider the Dodd-Frank Wall Street Reform and Consumer Protection Act, which reorganized the financial regulatory system and has been debated since the Obama Administration. Also, the Sarbanes-Oxley Act of 2002 (SOX Act) attempts to protect investors against corporations’ fraudulent financial reporting, imposing harsher punishments than others before it, and increasing regulatory risks for SPACs and IPOs.

SPACs and the Insurance Industry

SPACs surprised many individuals in the open market, but especially the insurance industry. Several insurance carriers covered SPACs when they first surfaced as the hot topic on Wall Street. Thanks to time and economic challenges, only a few carriers now cover them.

Add the hardening insurance market, and SPACs often run out of money before paying for their premiums. Facing risks as a newly public company has become increasingly more brutal. Plus, several lines are experiencing higher rates and less capacity. Some of these premium hikes—D&O insurance, cyber liability, employment practices liability and professional liability—impact the most popular coverages on which SPACs rely.

Unfortunately, risk management specialists recognize this cycle as a self-perpetuating one. A commercial underwriter will be the first to acknowledge that there are currently more SPAC risks to cover than insurance policies to write, yet many expect SPACs to continue on this roll well into next year.

According to Charles Boorman from Lloyd’s of London, “Everything I’m seeing is pointing to it being a two-, three-, or four-year hardening rather than just a one-year spike.” Companies are beefing up their risk management budgets to fare the current market climate.

Jonathan Selby is the general manager of Founder Shield, a boutique insurance brokerage specialized in serving emerging industries. He works to oversee client strategy, communication and has fostered a culture of providing unparalleled service and risk consulting for some of the fastest growing companies in the world.