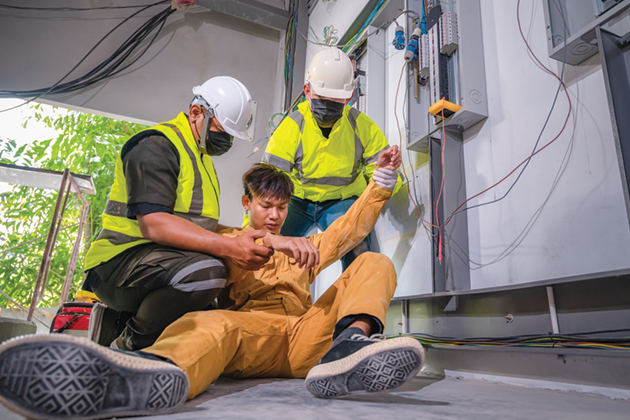 New companies and employees are at the greatest risk of injury among contractors, according to the AmTrust 2021 Contractor Risk Report. The insurer analyzed 26,000 workers compensation claims from artisan contractors, a class of skilled workers that includes carpenters, plumbers, electricians, roofers and HVAC technicians. Companies that were in business for fewer than four years accounted for 75% of claims paid out, and 33% of claims paid involved first-year workers.

Although younger workers were more likely to get injured, older workers were more likely to experience more severe injuries. Specifically, plumbers (28%) and electricians (19%) filed the most injury claims, usually from strains and falls. Injuries most often involved backs, knees, fingers and shoulders, keeping contractors out of work for 13 days on average. However, some forms of injury average far more days out, such as 23 days for repetitive motion strains, 21 days for falls, 19 days for burns and 14 days for cuts.