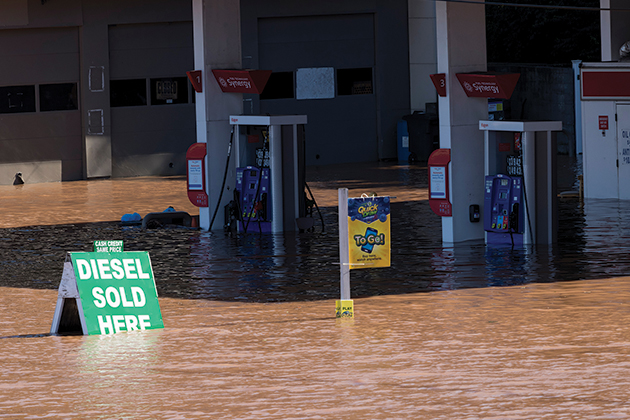 While the 2021 hurricane season is not officially over yet, catastrophic weather events including Hurricanes Ida, Henri and Nicholas have already caused substantial damage, bringing record-breaking rainfall and flooding. Hurricane Ida is projected to become one of the top five costliest hurricanes ever to hit the United States in terms of insured losses, which Risk Management Solutions recently estimated will total $31 to $44 billion. This estimate accounts for physical damage to property as well as business interruption losses.

There are many pitfalls policyholders can experience when preparing and presenting their claims for storm-related damages to insurers. In light of recent catastrophes and to prepare for future storms, businesses should evaluate their insurance programs, understand the coverage available, and develop strategies to minimize losses and maximize insurance recovery for damages.

First, businesses should know where to look for coverage. While different types of policies may provide coverage for storm-related losses, the most likely and robust source of insurance recovery is the company’s first-party property insurance policy. In addition to property damage, these policies typically cover pre-storm preparation, loss-mitigation efforts, loss valuation-related expenses and business interruption losses, which could encompass lost profits, lost business opportunities, and extra expenses the policyholder incurs before, during and after the storm. Business interruption losses may also include those resulting from a storm’s interference with an organization’s supply chains. The COVID-19 pandemic may further magnify these losses because labor shortages are increasing supplier turnaround time and businesses are challenged to find temporary replacements.

Businesses should also consider other potentially available coverage such as pollution legal liability policies if inventory is lost or damaged during a storm, and/or cyber liability and crime policies if a power outage creates opportunity for security breaches.

Be Proactive Before and After the Storm

Policyholders should not wait until after the storm passes and the damage is done to start thinking about insurance. Many steps can be taken (and may even be required) before a storm arrives to secure and maximize insurance coverage.

As much as is safe and reasonable, policyholders should try to minimize any expected damage. A good rule is to treat property as if it is uninsured. It is often difficult to determine whether a loss will be covered until after the damage is done, even if a first glance of the policy makes it seem like coverage will exist. Policyholders should move valuable property like raw materials and finished products to high ground and into a safe location, board up windows, create backup systems to maintain access to critically important electronic data, and utilize protective equipment. Such loss mitigation efforts are often a prerequisite to coverage. If significant damage is anticipated and well-publicized before a storm, a business that does not take proactive steps to preserve and protect its property is inviting a coverage dispute later. Further, many policies will actually cover the costs of these loss mitigation measures. Coverage often requires immediate or even advance notice to the insurer, however, so that should also be part of the contingency planning process.

Once the storm has passed and it is safe to assess the damages, the policyholder should immediately provide notice to all insurers that could potentially cover losses. It is better to be over-inclusive when identifying which insurers to notify. While giving notice under an inapplicable policy will have no effect on coverage, failing to give notice under an applicable policy could limit, delay or even forfeit recovery.

When giving notice, policyholders should refrain from identifying a specific cause of loss unless there is absolute certainty from the outset. Framing the cause of loss incorrectly could provide the insurer with a basis to later invoke an exclusion or apply an unfavorable sublimit to deny or limit coverage. Instead, policyholders should simply tell the insurer that a loss occurred and include whatever details are known about the damages sustained. After they have had adequate time to investigate the root cause of the loss, policyholders will be in a better position to answer any questions from the insurer.

Thereafter, mitigation efforts should continue. Often, a business must make expedited, temporary repairs to prevent further damage before the property can undergo a complete, permanent fix. The policy often covers these expediting expenses. If a storm has interfered with the company’s supply chains, it should make temporary arrangements to maintain business as normal by using backup suppliers. As with pre-loss mitigation, a policyholder’s failure to mitigate further losses after a storm may give the insurer one more reason to deny or limit coverage.

To the extent that is safe to do so, preserve any damaged property until the insurer has an opportunity to inspect it. If the insurer cannot personally inspect the damaged property before it is discarded or repaired, policyholders should be aware that the insurer may argue that it was prejudiced in its ability to assess damages. If the property must be discarded or replaced, the policyholder should first document the property in photographs or videos and then communicate those decisions to the insurance adjuster.

Many policies impose strict timeframes for reporting a loss, submitting proof of loss, and filing a lawsuit in the event of a coverage dispute. Policyholders should identify all relevant deadlines and take care to adhere to them. Policy deadlines to file suit are often much earlier than the deadline imposed by the otherwise applicable statute of limitations, and courts often enforce those shortened time periods. If compliance with a deadline is not feasible, the policyholder should always ask for a written extension. Insurers may be willing to grant these extensions to preserve the business relationship, especially with regard to the deadline to file suit, as the alternative would mean getting sued immediately.

Tread Carefully and Get Creative with Claims

Because storms like Hurricanes Katrina, Irene, Sandy, and now Ida have cost insurers billions of dollars, many are trying to market broad coverage to policyholders and collect premiums while reducing payouts. One way to do this is by ­including creative provisions in policies to limit coverage.

Policyholders are often surprised when an insurer responds to a claim by stating that the damage is covered, but only up to a particular sublimit (as opposed to the full limits set forth on the policy’s declarations page). Notorious in property insurance policies, sublimits cap coverage for damages tied to a particular cause, such as heavy winds and floods. Insurers frequently rely on sublimits in catastrophic storm damage claims because the cause of the damage from a storm is often difficult to pinpoint. As a result, insurers will argue that the damage stems from a particular cause to shoehorn the claim into a low sublimit.

Policyholders can also expect insurers to rely on anti-concurrent causation clauses, which say that if both a covered and uncovered event contribute to a loss, then the entire loss is excluded. For example, a policy may provide coverage for wind damage but not floods. If both wind and floods cause damage to a business’s property, insurers may contend the entire loss is excluded, even if the wind caused most of the damage. Obviously, these provisions can be devastating for recovery, and unfortunately for policyholders, courts will often enforce them. In the wake of Hurricane Ida, which brought unprecedented damage from flash floods, policyholders can expect insurers to include exclusions for flash floods in future policies and then rely on anti-concurrent causation clauses to deny claims caused by multiple sources, including those floods.

At renewal, policyholders should negotiate these points to obtain coverage with favorable sublimits and without anti-concurrent causation clauses. If the insurer is unwilling to budge on these points, then the policyholder should consider contacting their broker about marketing the coverage elsewhere. Insurers may be willing to negotiate in exchange for a higher premium. Depending on how important the sublimit is to the policyholder, this very well could be worth the increased cost.

Policyholders should also get creative when preparing their claims. By working with coverage counsel and forensic accountants, policyholders can develop novel theories of coverage when presenting their claim to the insurer. Think outside the context of the storm itself and consider other types of damage that may result from storms. For example, one frequently overlooked result of storms is pollution damage. Storm conditions can create new pollution or exacerbate historic pollution conditions, both of which may be covered losses. Experienced professionals can help identify additional sources of coverage for such damage.