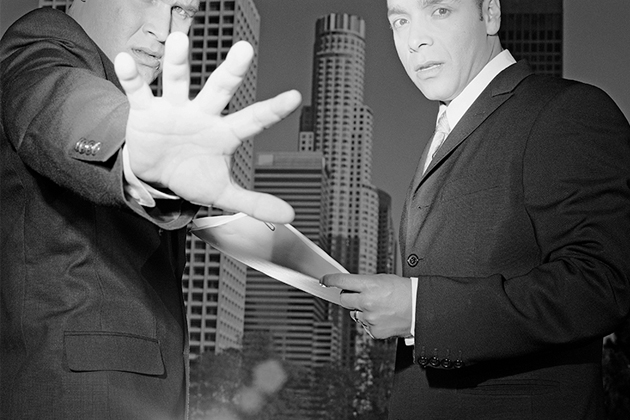 In late 2016, toward the end of the second Obama administration, the Antitrust Division of the Department of Justice and the Federal Trade Commission issued guidance that received limited attention outside the legal community, until recently.

In the 11-page Antitrust Guidance for Human Resource Professionals, the agencies unequivocally outlined their view that wage-fixing and no-poach agreements violate U.S. antitrust law. Wage-fixing is an agreement among competitors to keep wages for similar workers at similar levels to disincentivize employees from leaving one employer in search of higher wages at another. In no-poach agreements, employers conspire together to not solicit or hire one another’s employees.

One notable element of the DOJ and FTC guidance is a new approach to enforcement for such behavior. The guidance states, “Going forward, the DOJ intends to proceed criminally against naked wage-fixing or no-poach agreements.” Further, the regulators warned, “the DOJ may, in the exercise of its prosecutorial discretion, bring criminal, felony charges against the culpable participants in the agreement, including both individuals and companies.”

With this action, the 2016 guidance changed the calculus for both companies and any professionals involved in recruitment or hiring activity. No-poach and wage-fixing agreements are antitrust violations that involve an extension of the Sherman Act’s Section 1, and the FTC and DOJ have carried out enforcement actions for years, but only as civil cases. Now, these agreements are subject to criminal prosecution as well.

The distinction is important. The remedies available to plaintiffs in a civil antitrust lawsuit provide substantial deterrence to employers. These include injunctive relief, restitution, disgorgement, and granting a private right of action to the injured party, who can recover treble damages and reasonable attorneys’ fees. The new pursuit of criminal investigations, however, elevates the stakes for antitrust violations substantially. Criminal penalties can include imprisonment for up to 10 years, a $1 million fine for individuals, and up to $100 million or more for corporations.

Furthermore, while federal law is the primary source of these litigation risks, state attorneys general have also been increasingly active in pursuing antitrust cases, particularly in the labor markets.

Indeed, in December 2020, after a joint investigation by the FTC and the Texas attorney general’s office, a federal grand jury in Texas returned a first-of-its-kind criminal indictment alleging a per se illegal conspiracy for wage-fixing. The indictment alleges that the defendant, a Texas-based therapist staffing company, agreed with a competing staffing agency to reduce the rates each company paid for physical therapists during a five-month period in 2017. The defendant is also alleged to have separately reached out to four other competing agencies about collectively decreasing rates.

A first-of-its kind for no-poach is pending as well. In January 2021, the DOJ pursued criminal charges against a subsidiary of UnitedHealth Group, alleging that the defendants “entered into and engaged in a conspiracy to suppress competition between them for the services of senior-level employees” by agreeing not to recruit and hire one another’s employees. The indictment cites phone and email conversations between HR professionals, instructions not to solicit certain senior-level employees, and the monitoring of employees to ensure their adherence to the agreement. Senior-level employees were also required to notify their respective employers that they were seeking new employment for their application to even be considered by the other companies participating in the arrangement.

In March 2021, the DOJ announced that a grand jury returned an indictment against VDA OC LLC (formerly Advantage On Call LLC) a Nevada-based health care staffing company and a former manager of the company, alleging they had entered into and engaged in a conspiracy with a competitor to allocate employee nurses and to fix the wages of those nurses. According to the indictment, the manager and a co-conspirator agreed not to recruit or hire nurses staffed by their respective companies at Clark County School District facilities and to refrain from raising the wages of those nurses.

The legal premise for these criminal indictments is rooted in federal antitrust law, particularly Section 1 of the Sherman Act, which defines the terms “competitor” and “agreement” applicable to employer conduct in the labor markets. Two primary legal standards apply to potential violations: 1) per se violations—meaning agreements that are automatically presumed to be illegal irrespective of their anticompetitive effect or any justifications or defenses; and 2) rule-of-reason matters—meaning those that undergo an analysis of their anticompetitive effect and any economic justifications for them.

Criminal violations under Section 1 are traditionally reserved for matters with which courts have sufficient experience to dispense with the need to prove anticompetitive effects. These per se violations include agreements on prices, rates, fees and discounts; the allocation of markets and customers; group boycotts of a competitor, customer or supplier; and bid-rigging. No court has yet ruled that wage-fixing and no-poaching are to be treated as per se violations. However, several federal courts have denied motions to dismiss such cases brought under the per se label. Thus, the bellwether criminal indictments in the wage-fixing and no-poach arenas will be assessed and defended under a per se antitrust analysis.

The healthcare industry has been a primary target of the early federal criminal cases involving alleged wage-fixing and no-poach agreements, which will likely continue. State enforcement actions have cast a wider net, albeit pursuing these matters civilly rather than criminally. State attorneys general have focused on the franchise business model, seeking to eliminate no-poach clauses in franchise agreements that attempt to prevent employees from moving between different stores or restaurants in the same organization. For instance, in June 2020, the Washington attorney general announced the conclusion of a multi-year investigation into the use of no-poach agreements by 237 corporate franchise chains, ranging from McDonald’s to Jiffy Lube, claiming per se violations of Washington’s Consumer Protection Act. These agreements restricted employee mobility by prohibiting them from moving among stores in the same corporate chain. The investigation spanned businesses using the franchise model across many industries, including quick-serve restaurants, convenience stores, fitness centers, and automotive parts and service retailers. This effort may result in yet more federal criminal indictments from joint investigations.

Notably, some of these early federal criminal indictments reference market conduct from years ago, sometimes well before the 2016 guidance was issued. Legal challenges have already been launched based on this factor. In the meantime, as these cases continue to unfold, risk professionals should reconsider their market conduct over a broader period of time.

When considering the risks, it is important to understand that not all labor market hiring restrictions are necessarily illegal, even after the 2016 guidance. The latest enforcement round only targets so-called “naked” agreements. At least for the time being, nonsolicit and noncompete provisions are not categorized as such if they are: a) reasonably related to and necessary for the performance of a contract, joint venture, acquisition, or other legitimate collaboration or arrangement; and b) appropriately limited in duration and scope (usually guided by state law interpretations). That said, companies should consider periodically reviewing their nonsolicit and noncompete provisions with legal counsel, especially as the landscape is now evolving.

A recent executive order issued by President Biden appears to double down on the government’s efforts to eliminate anticompetitive conduct in the labor markets. The order addresses noncompete agreements most directly, encouraging the chair of the FTC “to exercise the FTC’s statutory rulemaking authority under the Federal Trade Commission Act to curtail the unfair use of noncompete clauses and other clauses or agreements that may unfairly limit worker mobility.” It also directs the U.S. attorney general and FTC chairman to consider revising the 2016 guidance to “better protect workers from wage collusion.”  Furthermore, given the order’s broad, “whole-of-government” approach, federal agencies tasked with eliminating anticompetitive behavior are expected to uphold and broaden the current momentum of criminalizing alleged naked wage-fixing and no-poach agreements.

It is also important to remember that the heart of a Sherman Act violation is typically a conspiracy. Conspiracies require some degree of collaborative or agreed conduct. Risk professionals should direct their attention toward any form of collaboration with competitors that might draw the ire or attention of regulators.

Keep in mind that legal precedent indicates merely sharing information can lead to the inference of an illegal agreement. When sharing information with competitors, consider what regulators might deem “competitively sensitive.” Price is always a red flag. In the employment context, that includes information concerning employee compensation and benefits.

Another activity frequently flagged for review is participation in salary benchmarking and market intelligence surveys. When carried out in a responsible manner, these have traditionally posed a low risk for antitrust violations. However, in light of recent successful class action price-fixing cases involving livestock and poultry, it should be noted that extremely detailed benchmarking exercises may carry greater risk if there is broad participation by competitors in the same industry. Threshold questions should include an inquiry into the purposes of the survey. Is it meant to enhance or hinder competition? How old is the information? The more historical the information, the safer it might be to share. Is the information blinded and aggregated? The less individuated the information, the lower the antitrust risk. What is the marketplace role of the entity collecting the information? Ideally, the surveying organization should be a neutral and independent third party.

Organizations should take the following steps to protect corporate integrity in the face of this new regulatory scrutiny:

Prohibit. Perhaps the most obvious lesson from the 2016 guidance and recent criminal indictments is to not authorize or participate in wage-fixing or no-poach agreements. Senior-level executives have faced no-poach and wage-fixing accusations arising from their email or text invitations to collude with executives in other companies that employ skilled workers of the same type, even where the companies may not traditionally be regarded as marketplace competitors. If invited to participate in such arrangements, document your refusal clearly in writing so there can be no question.

Audit. Examine past practices, even beyond the 2016 guidance, to ensure that prior conduct does not give rise to an allegation of such activities. If the audit reveals a potential problem, consult counsel. Be aware that government and state enforcers are now looking for evidence of no-poach and wage-fixing agreements in company documents and emails. Such items may be requested and produced in connection with unrelated civil non-merger and merger investigations, and this evidence can be referred for criminal investigation wholly apart from the underlying investigation or merger review.

Train. Foster a culture of compliance by providing antitrust training for managers, including senior managers and employees who participate in hiring and compensation activities. Help them spot and identify risks. Train them to decline invitations to collude. Training is beneficial for its own sake, but there is additional incentive as the DOJ will credit an effective training and compliance program as a mitigating factor.

Prevent. Communicate clearly that any external requests for employee-specific wage, compensation or benefits information must be passed up the chain of command and should also be shared with the corporate legal department or even outside counsel. If there is a legitimate need to share this information, consult legal counsel to ensure information exchange is appropriately limited and structured. Remind company personnel of the risks of external meetings with competitors. If these discussions turn to sharing competitively sensitive information, the wisest course is to leave the meeting—stating clearly why you are leaving—and report it to management and/or counsel.

Such actions might strike employees as overkill, so it is helpful to explain how the risks have been amplified. It is not just companies bearing the risk, but individuals as well. Make clear that employees face personal stakes, including fines, reputation damage and even prison time.

The new criminal enforcement of these antitrust matters and the Biden administration’s moves to ensure fairness in labor markets will pave the way for many legal challenges. It will take time for these issues to percolate through the court systems, but most risk managers would rather not have their compliance efforts hanging on subtleties. Until the law—and its enforcement—reaches a more settled state, organizations should take the 2016 guidance and new criminal indictments extremely seriously.

Risks to Employers in the Growing Gig Economy