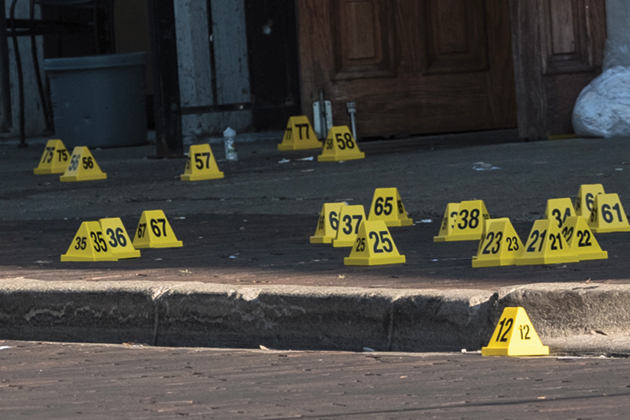 Gun violence in America is on the rise. As of November 13, there were 365 reported mass shooting events and 33,944 gun deaths this year in the United States, according to the Gun Violence Archive. Along with the incalculable human suffering left in their wake, shooting events also expose entities of all types and sizes to massive financial liabilities. A September report by the Democratic staff of the U.S. Congress Joint Economic Committee put the total annual cost of gun violence in America at an estimated $229 billion. Given this vulnerability, all entities from school districts and large event venues to small businesses should examine their current insurance programs and study the available options that can provide coverage in the event of a shooting tragedy.

Exposure to Loss and Liability

Losses and liabilities stemming from a shooting incident can be staggering. These costs include, but are not limited to, business income loss, defense and indemnity costs arising out of victim lawsuits, property repair, and less traditional expenses such as trauma counseling and media consulting.

For example, two years ago, 58 people were killed and hundreds wounded at a Las Vegas music festival in the deadliest mass shooting event in U.S. history. Some of the victims recently agreed to settle their lawsuits against MGM Resorts, the owner of the Mandalay Bay Resort and Casino (from which the shooting originated), for $735 million to $800 million. The final amount will depend, in part, on how many of the 4,440 plaintiffs choose to take part in the settlement. The settlement creates the third-largest victims compensation fund ever, surpassed only by the funds created following the September 11 attacks and the BP oil spill in the Gulf of Mexico. According to MGM Resorts Chairman and CEO Jim Murren, the company’s goal was to “resolve these matters so our community and the victims and their families can move forward in the healing process.”

The enormous cost of the Las Vegas shooting is not an isolated event. It is estimated that the Orlando Pulse nightclub shooting, in which 49 people were killed, will cost approximately $385 million, excluding the cost of mental health counseling. The 2007 Virginia Tech shooting also led to an estimated $48.2 million in litigation and recovery costs. It cost $50 million to build the new Sandy Hook Elementary School, and Broward County spent more than $1.2 million after the 2017 shooting at Fort Lauderdale-Hollywood International Airport just to reunite travelers with luggage, replace carpet and tiles, and perform a crisis response assessment.

Recently, bus stop ads in Los Angeles have sprung up addressing insurance for shooting events. “If there’s a shooting, are you covered?” read one. Another promoted “mass shooting insurance,” calling it “America’s signature coverage.” While these ads were part of a campaign to raise awareness about gun violence and no actual insurance was for sale, the ads do belie a key reality: The threat of gun violence has developed to the point that it is expected that entities can, or should be, insured against it.

Traditional insurance programs potentially cover many costs and liabilities stemming from shooting events. But pitfalls abound, some inherent in policy language, others created by the insurance companies’ either narrow or broad interpretations. In general liability policies, for instance, insurance companies may argue that coverage is not triggered unless the policyholder is deemed liable for the event or an employee perpetrated the shooting. Importantly, general liability policies may not provide coverage for crisis management expenses, counseling and funerals. Insurance companies might also assert that standard exclusions, such as for acts of terrorism, preclude coverage and some liability policies even exclude gun-related violence entirely.

As for property insurance, while it should provide coverage for direct damage to facilities, insurance companies may argue that the coverage attached to most property policies does not cover expenses related to having to demolish and then completely rebuild a new venue, as is often the case after a shooting due to the event’s emotional impact. In addition, property insurance policies might also tie their business income coverage grants to actual physical property damage. But after a shooting event, while the physical structure itself might have sustained relatively minimal damage, the business might not resume operations for months, if ever.

Recognizing these gaps in coverage, policyholders have begun to demand tailored insurance coverage to address the aftermath of a shooting to protect both public and private entities. As reported by the Wall Street Journal, school districts are increasingly looking into purchasing active-shooter insurance to protect themselves from the risk.

“It at least gives us some peace of mind that, in the event of horrible tragedy, we can begin to put things in place,” said Lance Erlwein, treasurer of Belpre City Schools in Ohio. In July of this year alone, insurance company McGowan Program Administrators sold about 120 active-shooter insurance policies, according to managing director Paul Marshall.

This emerging type of coverage is meant to cover those expenses typically associated with gun violence incidents that may not be covered by other, more traditional insurance offerings. “Many clients like these policies because they offer you crisis management services, medical expense coverage, job retraining and relocation and other supplements you might not have under your other policies,” said Tarique Nageer, terrorism placement advisory leader at Marsh. Active-shooter insurance can also provide liability protection when lawsuits arise, as well as coverage for costs related to handling media coverage and public perception, and other emergency response services such as temporary security and setting up a call center. It can also provide coverage for on-site counseling and for the victim’s funeral expenses.

As with any other insurance product, however, prospective policyholders should be keenly aware of any exclusions that might limit or preclude coverage. These potential pitfalls include policy terms that seek to cap coverage at a certain number of casualties, restrict coverage to damage caused by specific types of weapons, and broadly define excluded acts of terrorism. Further, coverage limits will vary based on a variety of factors, including the venue, location, and number of employees and visitors.

Nevertheless, as society continues to be plagued by gun violence, all entities should review active-shooter coverage as an option to protect themselves and those affected in the event of a tragedy.
Robert M. Horkovich is managing partner in Anderson Kill’s New York office and chair of the firm’s insurance recovery group. He is a trial lawyer who has obtained more than $5 billion in settlements and judgments for policyholders from insurance companies.
Jorge Aviles is an attorney in the Anderson Kill’s New York office. His practice concentrates in corporate and commercial litigation and insurance recovery, exclusively on behalf of policyholders.