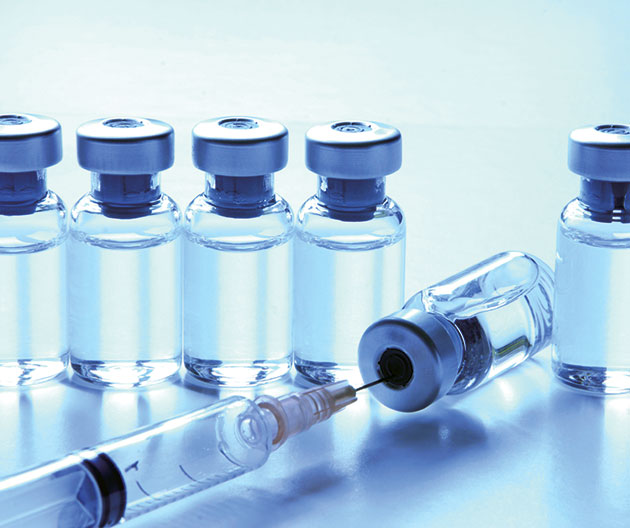 The deadly H1N1 outbreak, which killed some 10,000 in the United States, became the first global pandemic declared by the World Health Organization since 1968. With cold winter weather persisting throughout the northern United States, flu season will continue to present emergencies for hospitals, epidemics for public health officials and high absentee rates for employers.

There are a number of measures that communities, companies and individuals can take to safeguard themselves-from getting flu shots, taking antivirals and regular hand-washing to simple steps like staying away from infected people, getting proper rest and eating right. Ultimately, however, modern medicine offers few new solutions to the age-old problem of combating germs and viruses. Most of the techniques used today date back decades-if not centuries-and while the education on how to sidestep and beat infection is more widespread than ever before, the threat to public health is as real and scary as ever.

The following timeline represents many of the major advances in immunology that medical science still uses today. And hopefully for everyone's sake, there will be some new additions soon.  -JW

460 BCE
Hippocrates, a Greek physician considered "the father of medicine," is born and becomes the first major figure to base medicine on objective observation and deductive reasoning.

910
Persian physician Rhazes is the first to identify smallpox, as distinguished from measles, and to suggest blood as the cause of infectious disease.

1348
In response to the Black Death, which wiped out up to 60% of Europe's population, the city of Venice begins requiring ships arriving from infected ports to sit at anchor for 40 days before coming ashore. This 40-day restriction was known as a "quarantena" and became the basis for the modern concept of quarantining those infected with disease.

1747
A Scottish naval surgeon named James Lind discovers that citrus fruits help prevent scurvy. He publishes his findings in the Treatise of the Scurvy in 1754, although it takes 40 years before an official order mandates ships to carry lemon juice.

1796
Edward Jenner, the "father of immunology," develops a method to protect people from smallpox by exposing them to cowpox. In his famous experiment, he rubs pus from a dairymaid's cowpox postule into scratches on the arm of his gardener's son and then exposes him to smallpox weeks later. The experiment is deemed successful when he does not contract the disease and the process becomes known as vaccination (from the Latin vacca, meaning cow). Vaccination for smallpox is made compulsory in Britain in 1853.

1867
Joseph Lister publishes Antiseptic Principle of the Practice of Surgery, which centered on the need for cleanliness in the operating room. He develops antiseptic surgical methods, using carbolic acid to clean wounds and surgical instruments. In one hospital that adopts his methods, deaths from infection decrease from nearly 60% to just 4%.

1870s
Louis Pasteur and Robert Koch establish the germ theory of disease. According to germ theory, a specific disease is caused by a specific organism.

1879 to 1897
The first vaccines are developed for cholera, anthrax, rabies, typhoid fever and plague.

1945
The first flu vaccine is developed.

1964 to 1970
Vaccines are developed for measles, mumps and rubella, which along with polio, combine to account for the most well-known vaccinations given to young children. These vaccinations become integral to public health by helping to keep the incidence of cases very low in the hopes that they will one day be eradicated entirely. Many health officials are now concerned, however, that the recent trend of parents forgoing vaccinations could lead to a re-emergence of diseases that are no longer considered major threats to the public health in the developed world.

1980
The WHO announces that smallpox is eradicated.

1983
HIV is identified and, with its discovery, a global health calamity ensues. Countless die as the virus spreads throughout the United States and as a greater understanding of HIV/AIDS evolves, so do the concepts of sexual education and the use of condoms for disease prevention.

1992
The vaccine for hepatitis A is developed. With this and the hepatitis B vaccine that was developed in 1981, hepatitis C remains as the only major strain of the disease for which no vaccination exists-a reality that continues today.

2006
The WHO launches its "Stop TB Strategy," partially in response to the increasing prevalence of MDR-TB (multi-drug resistant tuberculosis) throughout both the developing and developed world. While drug-resistant TB remains treatable, it requires extensive chemotherapy and expensive medications with severe side effects. Other "superbugs" resistant to antibiotics are also appearing with increasing frequency due, at least in part, to the overuse of antibiotics. A deadly strain of staphylococcus aureus has emerged in hospitals and a drug-resistant strain of plague has even been found in Madagascar.
Emily Holbrook is the founder of Red Label Writing, LLC, a writing, editing and content strategy firm catering to insurance and risk management businesses and publications, and a former editor of Risk Management.