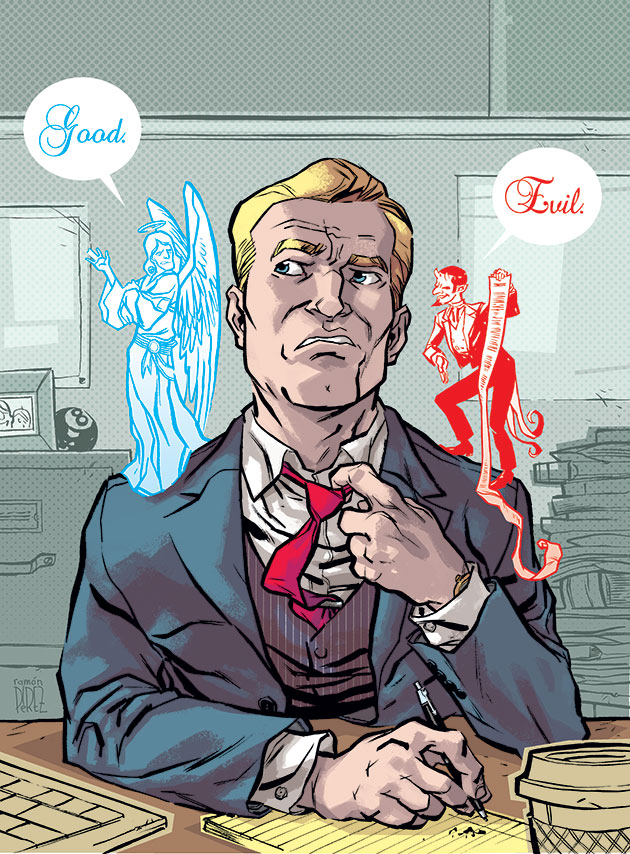 In 2009, senior management teams restructured departments and business units, and in many cases dramatically reduced the size of their companies. Upset by these changes, employees became cynical about their companies' ethical cultures and the integrity of the people who work with them. That cynicism translated directly into a rise in serious instances of fraud and misconduct.

But a survey conducted by the Corporate Executive Board's Compliance & Ethics Leadership Council (CELC), provides compelling evidence for why this finding does not tell the whole story.

According to the results from more than 300,000 employees in over 75 countries, this "decline" in misconduct during 2009 is actually misleading, as it pertains to less severe and risky behaviors such as the misuse of company resources or other "inappropriate behavior."

In fact, the real story in 2009 was that more serious types of misconduct (e.g., conflicts of interest, insider trading and improper payments) rose during the year. Observations of bribery and corruption were up more than 100%, and observations of insider trading were up 300%. At a time when regulators are on the warpath for precisely these kinds of violations, such behaviors tremendously increased risk for companies.

Consistent with this trend, and with the ongoing recession, CELC research found that the number of highly disengaged employees increased in 2009. At the beginning of the year, the proportion of such employees was one in ten. But by the end of 2009, it rose to one in five. (The data is based on the attitudes and work habits of thousands of employees.) Based on CEB's productivity models, this widespread disengagement not only created fertile ground for misconduct, but also decreased employee output by about 5%.

The fact is that while many have reported that overall misconduct was on the decline, the most troubling types of misconduct are actually on the rise. And they have increased to a staggering degree. Companies must not just be on guard, but learn how to prevent employees from wanting to skirt the rules-or even the law-in the first place. Prevention starts from within.

The Culprit: Employee Perceptions of Culture

In contrast to popular opinion, CELC research also found that misconduct does not vary by region. Europe and North America, for example, have nearly identical overall levels. That said, different business units in different locations within a company often do show varying levels of misconduct. But this disparity is not a national culture issue-it is a business culture issue. Weak business units within an otherwise average company can have sky-high misconduct levels.

Perhaps more disconcerting is that misconduct is rarely reported. This means that companies need to be diligent, creative and persistent in their efforts to detect and mitigate serious compliance risks and uncover information about employee misconduct.

A companywide assessment is a good place to start. By comparing business units' performance on such ethical culture measures as clarity of expectations, tone at the top, comfort speaking up, and levels of observed misconduct, companies can pinpoint business units that present a cultural risk to the company.

EVOLUTIONARY STAGES IN YOUR CORPORATE CULTURE OF INTEGRITY

The best way to prevent employee misconduct is not a draconian enforcement strategy. It is promoting a culture of integrity and openness.

Enron famously had a "no harm, no foul" culture where potential whistleblowers were either too apathetic or too concerned about their own advancement and profit to care what others were up to. Whether it was simply looking the other way or actual ignorance, most workers were unaffected by the executive pillaging going on across all levels of the business. And once that becomes endemic, it is tough to reverse course.

Creating and nurturing a culture where malfeasance cannot occur is not easy. But your best resources are right in front of you: your employees. By recognizing where your workers are in this evolution, you can start to determine how high the hill is that you have to climb.

Those who are very positive about the culture. These are the key influencers in the company who can help turn others into positive employees.

Employees who are somewhat positive about the culture but not particularly engaged one way or the other.

"Fence-sitters," these people may present some cultural risk to the company and can be influenced if the culture takes a change for the better-or for the worse.

These employees with the most negative perceptions of the culture at their company present the greatest risk.

Agnostics and Casual Supporters, in particular, report greater levels of uncertainty about observing instances of misconduct than other employees, and also report the misconduct that they do observe at much lower rates than do Integrity Champions. Their lack of certainty about what they are observing, and their possible negativity about their firm's ethical culture, suggests that awareness and education are the keys to reaching these Agnostic and Casual employees. Targeted communication and training can greatly impact the reporting rates for this segment of a company's population.

Organizational Justice for a Culture of Integrity

So how can executives restore a strong culture of integrity? Looking at the best-performing business units, it is clear that the key to a strong culture of integrity is an element called organizational justice. Organizational justice has two parts: (1) the belief among employees that the company does not tolerate unethical behavior, and (2) the belief that management responds quickly and consistently to unethical behavior when it occurs.

In other words, organizational justice is strong when employees believe that their company will take action on its policies and values. And it encapsulates the maxim that actions speak louder than words.

For those firms willing to do what is necessary, there are three key steps: (1) equip managers to decisively deal with unethical behavior, (2) show the whole employee population-using real instances from within the company-that the company deals decisively with misconduct, and (3) close the loop with employees who report misconduct so that they know that appropriate actions were taken.

Companies need to be accountable, consistent and transparent when taking action on misconduct. These efforts should focus on the top and middle leadership of the organization. Employees who believe that their senior leaders have high integrity feel more connected to the values of the company. Viewing it at another level, an employee who believes that his or her manager behaves ethically and demonstrates corporate values will consistently show better performance in the workplace-including working harder and longer hours.