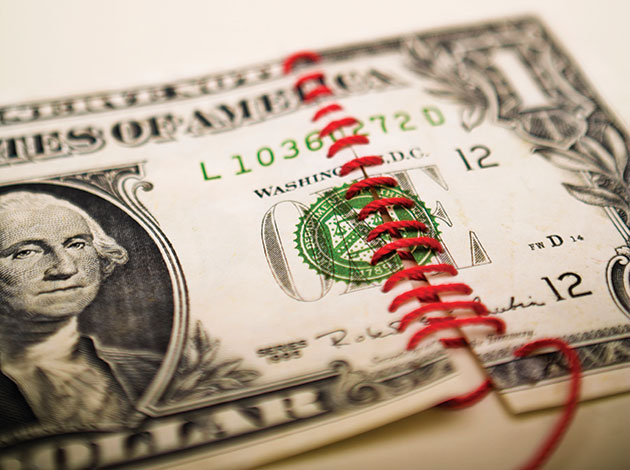 In 1360, a Barcelona banker was executed on the steps of his failed bank. In 2008, when AIG, a company known for its big bonuses and risky investments within its financial products division, was on the verge of bankruptcy, it was not allowed to die. Instead, the Federal Reserve stepped in to save the insurance giant and sent AIG a check for $85 billion, a tab that ballooned to $170 billion within a few months.

It soon became apparent that AIG was far from the only financial firm in need of a life preserver to stay afloat, and Washington created the $700 billion Troubled Asset Relief Program to rescue the banks. Given the unprecedented sums of taxpayer money going to Wall Street, a public outcry for strict banking regulation immediately followed. This could never happen again.

But as Congress has focused more closely on the health care debate, financial reform has seemingly been pushed aside. And as the stock market has slowly risen (the S&P is up nearly 60% since its 13-year low on March 9, 2009), fears of another financial disaster have subsided. It looks as though the financial industry, glowing again with self-confidence, may now have the clout to defeat reforms.

In January, President Obama vowed that he would put a stop to the excessive risk taking of large financial institutions, claiming that they nearly brought down the entire U.S. economy by taking "huge, reckless risks in pursuit of quick profits and massive bonuses." But so far, neither the administration nor Congress has done much to mend what many perceive as a broken system in need of an overhaul. They have, however, introduced some proposed regulations.

One possibility is the Volcker Rule, named after former Federal Reserve chairman and current chairman of Obama's Economic Recovery Advisory Board, Paul Volcker. The Volcker Rule aims to prohibit bank holding companies from owning, investing or sponsoring hedge fund or private equity funds and from engaging in proprietary trading (when firms trade from their own account for profit). Some feel the focus should not be on banning proprietary trading because, for most investment firms, trading their own account essentially makes up for only a few percentage points in terms of total revenue. Others feel proprietary trading is risky enough to bring down an entire bank-or economy for that matter-and should be prohibited.

The administration has also proposed a bank tax that targets institutions that rely on short-term borrowing. The plan, known as the Financial Crisis Responsibility Fee, would tax large banks based on their exposure to risk as a way to recover taxpayer losses from the 2008 bailout. The fee would fall most heavily on the nation's top banking institutions, such as Citigroup, JPMorgan Chase, Bank of America, Wells Fargo and Goldman Sachs. One Wall Street Journal estimate projects that such a tax would cut 5% of the banks' revenues this year.

As expected, these proposed rules have attracted a lot of criticism aimed at the administration from both political conservatives and the banking industry. But Obama claims he is not backing down. "If these folks want a fight, it's a fight I'm ready to have," he said. Thus far, it seems the fight has yet to begin.

In the late 19th century, a typical British or American bank had a core capital equivalent to 15% to 25% of its total assets. Heading into the financial crisis of 2008, some U.S. banks' core capital was only 3% of their assets-or less-and less than one-tenth of those assets were liquid, or easily accessible. Over-leveraged to such staggering degrees, few major institutions had reserves as a buffer to protect them from the ensuing financial disaster.

Blame was placed on quants who relied heavily on financial models such as value at risk (VaR) and the Gaussian copula function, a complex formula used throughout the financial industry that allowed large, complicated risks to be modeled with more ease and supposed accuracy than ever before.

There was also the failure of the ratings agencies, which consistently gave their highest rating, AAA, to the riskiest instruments. The blame cannot fall solely on those within the industry, however. Consumers also played a part by taking on too much debt and living well beyond their means.

But quants, ratings agencies and consumers were only a small part of the collapse. Among the main sources of the crisis was a poor regulatory framework based on the belief that banks could be trusted to regulate themselves. We now see that is far from true. And many are looking to Basel to help devise a better system.

The Basel Committee on Banking Supervision, an institution created by the central bank governors of the G10 nations, meets four times per year with the mission of improving banking supervision worldwide. Proposals referred to as Basel I were introduced in 1998 to, among other things, establish minimum capital requirements for banks. Currently, U.S. banks follow Basel I standards.

In 2004, Basel II was introduced to set up rigorous risk and capital management requirements designed to protect the international financial system from the types of problems that might arise should a major bank or series of banks collapse. Though designed to protect, they ultimately failed. "Basel II, at the time, was a significant step forward, but now is seen as not nearly risk-sensitive enough," said Peter Davis, a principal in the financial services office of Ernst & Young, where he coordinates the firm's Basel II services.

After the financial crisis, it was clear that changes were needed to address the modern landscape of increasing risk. More stringent rules and more specific forms of regulation were necessary. In December of 2009, the Bank of International Settlements (BIS), the secretariat of the Basel committee, proposed what is referred to as Basel III.

Possibly the most important proposal is the first, which pertains to the quality, consistency and transparency of the capital base. It states that financial institutions will be required to hold more capital and increase capital when markets are stronger and less erratic. These funds can then act as a buffer in more volatile times. Additionally, the quality of capital will need to be strengthened, with more emphasis on common equity and retained earnings.

The second proposal calls for the strengthening of capital requirements for counterparty credit risk exposures arising from derivatives, repurchase agreements and securities financing activities. Within this proposed change, banks will be required to use stressed inputs when calculating their capital requirements surrounding counterparty credit risk. "The committee will also promote further convergence in the measurement, management and supervision of operational risk," states BIS.

The third proposed rule suggests introducing a global leverage ratio as an additional measure to the Basel II risk-based framework. The leverage ratio will help contain the build-up of excessive leverage in the banking system. Though the details of the leverage ratio (the ratio between a company's debt and its equity) are still being determined, the BIS states that it will not only work to rein in risky leverage scenarios, but will also place additional safeguards against model risk and measurement error. "The idea of the leverage ratio was introduced in December to tell banks 'regardless of the amount of risk you're taking, there will be an absolute cap on the amount of leverage you can take,'" said Davis.

The fourth proposal introduces a series of measures that promote the build-up of capital buffers in good times that can be drawn upon during periods of stress. Along with proposing that financial firms operate in what is often called "counter cyclical" motion, the rule also advocates that banks move towards an expected loss approach, meaning that there will be ongoing assessments of expected credit losses. However, this type of model creates a disconnect between corporate accountants and regulators, since accountants go by the current state of affairs while regulators want to play by the expected loss approach, which follows predictions, not reality. It is a constant conflict between accounting regulations and regulatory desires.

The fifth proposed regulation introduces a global minimum liquidity standard for international banks that includes a 30-day liquidity coverage ratio requirement. In other words, banks will be required to hold high-quality liquid assets to cover the minimum of a 30-day stress scenario. Also included in the proposal is a significant regulatory reporting requirement that will require a level of data and transparency from banks that has never been required before. "Financial firms will be asked to implement a transparent process of internal capital management and allocation so that the businesses and senior leadership are aware of the risks inherent in their activities," said Michael O'Connell of Aon Risk Services' financial institutions practice.

The committee hopes that the United States will be able to implement the Basel III recommendations more efficiently than Basel II, which, six years later, is still being put in place throughout U.S. financial institutions.

"The fully calibrated set of standards will be developed by the end of 2010 to be phased in as financial conditions improve and the economic recovery is assured, with the aim of implementation by 2012," states the Basel committee.

The Bank of England recently issued a report stressing the need for "macroprudential" regulation. Regulation of the financial system as a whole instead of focusing on the soundness of each bank, says the bank, is the key to fixing the system.

Similar to the Basel III proposals, its "Role of Macroprudential Policy" paper suggests banks hold an amount of capital that matches their risk-taking, but that their risk-taking also be reined in drastically-and by external forces. The paper identifies two sources of systemic risk that macroprudential policy would aim to address. The first, is the banks' "tendency to become overly exposed to risk in the upswing of a credit cycle and to become overly risk-averse in a downsizing," while the second recognizes "the tendency for individual firms to take insufficient account of the spillover effects of their actions on risk in the rest of the financial network."

It may seem obvious, but nearly 18 months after the financial collapse that triggered the largest global downturn since the Great Depression, this dual strategy might be the way to mend a  system on the brink. Overarching regulatory reform, from both Washington and in accordance with the principles of Basel III, is necessary-and past due.

But individual institutions must also overhaul the way they think about risk. Lehman Brothers, the sacrificial lamb of the meltdown, had a supposedly strong internal risk committee. Yet this group met only twice per year-hardly enough interaction, it seems, to create a truly diligent risk task force. And, of course, it was not just Lehman that failed in this respect.

Financial firms need a risk management department that carries a large voice in day-to-day operations. The profits earned by deposits, investments and securities will always be the bank's bread-and-butter. But if some of these firms had listened to their risk managers as much as they did their traders, the financial crisis may have been avoided. It is now up to everyone-the regulators, the legislators, the rating agencies, the consumers and, mostly, the banks themselves-to reform the rules of the game, both from the top down and the bottom up, to make sure it does not happen again.

Incorporating such changes will be challenging. Let us just hope it is not just wishful thinking.
Emily Holbrook is the founder of Red Label Writing, LLC, a writing, editing and content strategy firm catering to insurance and risk management businesses and publications, and a former editor of Risk Management.