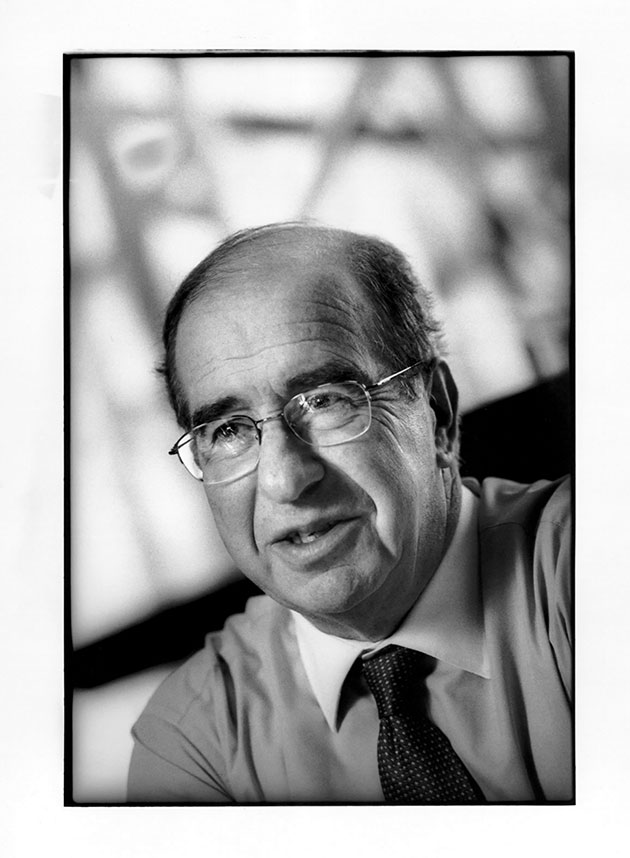 Lord Peter Levene has been the chairman of Lloyd's of London since 2002. During his time as the head of the world's oldest insurance market, he has seen all manner of catastrophic events from natural disasters to financial upheaval, giving him a unique perspective on the world of risk. Recently, he sat down with Risk Management to discuss a variety of topics, including an uncertain economy, volcanoes, climate change, financial regulations and British politics.

RM: Since Lloyd's is the quintessential global operation, you must be particularly attuned to global concerns. What is the biggest risk facing the global economy today?

Lord Levene: I think the biggest risk is insecurity and instability. People are just nervous about what's been happening. Maybe three of four months ago, they thought we were coming out of this tunnel. Now they're not so sure. They are worried.

However, the insurance industry has performed pretty well over the last two or three years despite everything, and that is hopeful to the wider economy because it needs the industry to be successful in order to be able to operate.

RM: Do you think that success will continue? What is your outlook for the insurance industry for the remainder of 2010?

Lord Levene: Tell me next week's football scores. You can't make predictions. Did you know there was going to be a volcano exploding that hadn't done so in over 200 years? And that one caused-and I have to say unnecessarily because the whole thing was nonsense-worldwide havoc for a week.

RM: But it is true that volcanic ash can disable planes. Are you saying this crisis was overblown?

Lord Levene: Twenty years ago there was a British Airways 747 that was flying over Indonesia. A volcano erupted, engines sucked the ash into the system and the power to the plane cut out. The pilot, with great presence of mind, put the plane into a steep dive and the force of the air coming through the engines in the dive blew out all the ash and he saved everybody's lives. So they had that very much in mind when they saw another volcano and they thought they had better be careful.

However, there are frequent eruptions, as with Mt. St. Helens for example, which are not in the middle of nowhere, and you avoid it. You don't avoid the whole western half of the United States for a thousand miles. When they finally analyzed the ash, after they sent up a plane to catch some of it, they found that the maximum size of the particles was 1/20th of the safe limit. It was total nonsense.

Now if they said, "look, this volcano has erupted, we know what it's about, and we're going to close down all flights for 24 hours until we sort it out," fine. But they didn't. It went on for a week. And in the end, look at the cost and inconvenience and the nightmares it caused for people.

RM: The volcano exemplifies the fact that 2010 has already been a much more active year for catastrophes than the relatively quiet 2009. What does this mean for insurers and, in turn, buyers of insurance going forward?

Lord Levene: What this means is that you never know and therefore you need to cover yourself against all the potential hazards that are out there. You need to cover yourself with policies through a provider that is reliable and, when you get a claim, is going to pay it. People complain that the premiums are too high, and I understand, but they don't think the premiums are too high when they get paid with a large check when they have a claim.

We don't make a profit. We don't accumulate a big piggybank full of cash. It's not a slot machine in Las Vegas where you get all the right numbers and the money comes out the bottom. We can't pay out any more than we take in. I have said to a lot of people, you can pay any price you like for insurance. If it's too expensive, fine, go down the road and get it cheaper. But you won't get paid for your claim. In Lloyd's 300-year-plus history, we have never failed to pay on any claim. You get what you pay for.

RM: Obviously in the United States, they are working on financial regulation and some of the proposed legislation has grouped the insurance companies in with the banks. One of the recommendations has been to require companies to hold more capital reserves. Will that effect insurers ability to pay claims?

Through the whole of this disaster that affected virtually every industry in the world, the insurance industry came out of it very well, with its capital intact, paying its claims on time. And 2009 was our best-ever year. So what's the problem? Get off our backs. Leave us alone. You have 55 insurance regulators in the United States. What have they ever done?

Despite all of that, the regulation of insurance runs pretty well, and the last thing we want to see is the IMF putting in requirements to require significantly higher amounts of capital when all that's going to do is damage the industry.

RM: Is there any regulation you think would be effective?

Lord Levene: Sort out the banks, absolutely. Learn from the insurance industry, [from] what we have done in order to keep the industry in good shape. Did we get any handouts from the government? No. For example, at Lloyd's, we have our central fund, which is like reinsurance for the reinsurance, so people know that they are going to get paid. We know what we're doing. The industry keeps itself in good shape, polices itself pretty well, does have regulation. Leave it alone.

RM: You have spoken in the past about the need to mitigate climate change. What can insurers and risk managers do to address this problem?

Lord Levene: I think the insurance industry can encourage policyholders to act responsibly. Nobody really knows how much global warming is caused by human activity. It might be huge, it might not be so huge. But one thing is sure: You see cars belching out noxious fumes. If they stopped doing that, is that a good idea? Of course it is. My view is this: At best it's going to make a significant contribution. At worst, it's going to make the whole atmosphere we live in infinitely better. So why not get on with it?

And it's not just the insurance industry. For example, in the UK, we have congestion charges where in a big city you have to pay to drive during certain times. If you have an electric car, you're exempt. It's going to persuade people. When they have some sort of financial incentive to change their activity, they are much more likely to do it.

Lord Levene: Or the other way. Load it. Make it more expensive if you don't.

RM: What are some of the other emerging risks that, as the risk management cliche goes, "keep you up at night?"

Lord Levene: There are loads of risks out there, and you never really know when they are going to happen. All these things are important. Is global warming important? Of course it is. But to rank them in some kind of order of preference is difficult.

I think the nervousness in the economy does concern me. And when you talk about risk, you can talk about political risk. We have had a situation in the UK for a very long time where there are two parties in power. And then you have a third party, from out of nowhere, suddenly causing havoc, and we don't know what's going to happen. We may have a hung Parliament, which would be bad for everybody. If you would have asked me a month ago what chance the Liberal Democrats had, forget it.

RM: The press seems to be a fan though. They are calling [Liberal Democrat candidate Nick Clegg] the "British Obama."

Lord Levene: He's not the British Obama. He's the British Ross Perot. That's who he is. See what happened was, rather than focusing on what the different candidates were saying they were going to do, it's become like American Idol. They worry about who put in the better performance. I don't like what I see because it creates uncertainty. The biggest risk of all, in anything, is uncertainty.

Turning up the Heat on Climate Change

ERM from the Top

A Conversation with Carolyn Snow