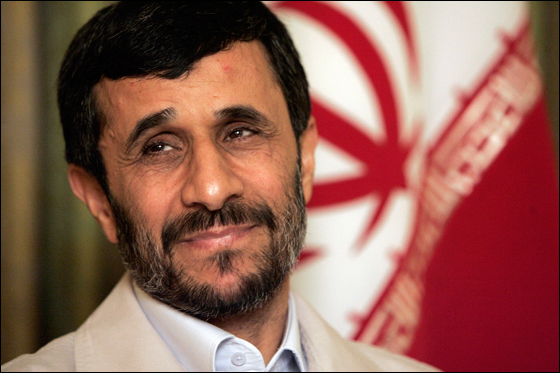 On July 1, President Barack Obama signed a new law to increase U.S. sanctions against Iran. This came on the heels of a similar UN resolution and the result is that more companies -- both in the United States and abroad -- are now prohibited from doing business that "directly or significantly assists" Iran's petroleum industry. But the law's language is ambiguous in some areas -- particularly when it comes to how insurers must react. To help add some clarity, we recently spoke with Pieter Van Tol and Bob Kyle, partners and international law practitioners from the law firm Hogan Lovells.

RM: With the new sanctions in place, what does this mean for companies that have to do business in the region?

RM: Obviously, insurance could touch any number of those activities.

Pieter Van Tol: We don't know whether or not there were any efforts made behind the scenes to remove the insurance and reinsurance provisions, but one bullet point headline here is that they remained in the bill -- and they are very prominent. But I think the other two major bullet points here are what else is in the bill and what else is not in the bill.

I'll clarify. What's not in the bill is a sense of clarity on how these sanctions are going to work with regard to insurance. For example, how will it apply to coverage that was written before July 1, when the bill was enacted? What happens if you have a reinsurance contract that was written before July 1 and you have claims after July 1? It seems like the bill has prospective application, but we don't know as we sit here today whether paying that claim is going to be sanctionable.

The one thing that reinsurers and insurers must do is continue asking questions. It's not over. You can't just say, "OK, here's the bill -- I'm going to comply." Even figuring out how to comply is going to be difficult and insurers will have to keep their eyes on the regulations as they come out over the next few months.

RM: It seems there is much to work out.

Van Tol: There is some good news: the due diligence provision. It says that if the president determines that a company has exercised due diligence in coming up with a program to ensure it doesn't underwrite insurance or reinsurance that supports the shipment of gas to Iran then it will be excepted from the sanctions. That is an interesting thing we have not seen before. But we don't know how the regulators are going to view it or how easy it will be to take advantage of. But we do know from the buzz in the industry that people are asking "how do I go about putting a due diligence program in place?"

Kyle: Another important part about the due diligence provision, as I read it, is that it assumes that if a company concludes that it will no longer insure or reinsure transactions that involve Iran and then, for some reason, mistakenly, despite their due diligence, they do engage in it, then the provision kicks in.

Van Tol: Here's a real-life example: a company sends out guidelines to all its underwriters saying "look, there is a new law, please make sure you do not underwrite any new risks that involve gas shipment to Iran." But then one slips through the cracks. Even though you have put this system in place, you have been careful about monitoring it, and you have told your people not to do it, mistakes happen. This gives the president the ability to say, "you've been trying to comply with the law, so we're not going to enforce against you for what is essentially a mistake."

RM: How has the industry responded?

Van Tol: Even before the bill was passed, the only thing I've seen is insurers and reinsurers saying they want to get out of anything that comes even close to providing coverage for shipments to Iran. The day after the bill was enacted, Lloyd's, the leading marine insurer, basically came out and said that it was going to abide by the law and that it didn't want to be anywhere near this risk. When [Lloyd's] does something like that, the whole market sits up and pays attention.

RM: How difficult is that going to be?

Van Tol: I don't know the answer to that. That's one of the things we have to work through and see how the regulations are enforced. If you have an existing contract, you can go to your counterparty and tell them that there is a risk that you will run afoul of the law if you pay a claim under this contract. But depending on what the wording is, they might not be able to get out of the contract. And their counterparties might say "there is no provisions for you to get out of the contract and, if I submit a claim, I expect you to pay it."

That's the difficult situation. Does the company pay that? And if they pay it, will that be considered a part of the sanctioned activity?

But the one thing that I have been counseling people against is to not just assume that this is yesterday's news and that they are "already out." It is important for people to keep an eye on how this is being enforced. Things can crop up that they may not have ever even considered.