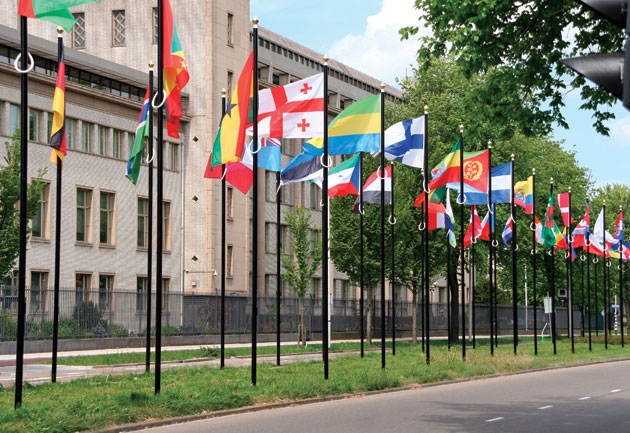 Each January, the Eurasia Group, a global political risk research and consulting company, releases its list of the top risks for the upcoming year. Generally atop the rankings are the names of unstable nations ripe for collapse or regional disruption. Iran, Iraq, North Korea and Venezuela, for instance, have all appeared as key threats on past lists. This year, however, only one rogue nation cracks the top five (North Korea). Instead, global macro-shifts and emerging, nontraditional global conflicts are viewed as the largest concerns.

We recently spoke with Eurasia Group president Ian Bremmer about some of the risks facing the globe in 2011.

RM: What is the one major theme we will see globally during the next 12 months?

Ian Bremmer: I think this is the year that the world order truly shifts. The last couple of years, there was a lot of economic unpredictability because of the extraordinary stress placed on the world's financial architecture given the global recession. But there wasn't that much political uncertainty because there was so much panic among the various countries in the G-20. They wanted to at least show that they were coordinated and taking this seriously. The initial meetings in Washington and London basically were the "G-7 Plus 13"-it wasn't really a change in the world order.

Ironically, the financial crisis masked some of the very significant structural changes-the global rebalancing-that is taking place in the world. Now that we're getting out of the financial crisis, now that the U.S. economy is picking up, now that there really isn't the same level of panic about the financial architecture globally, people are starting to think, "What is this new normal? Who's in charge? The U.S.? Or China? Or both? Or the emerging markets? What does the world look like?"

The answer is that we're not going to see any leadership at the global level. We're going to see what I would call a "G-Zero" where there is a lack of governance-an unwillingness and an incapacity to provide leadership on key public issues. We have seen this already in terms of climate [change], but that's kind of an issue at the margins-as sad as that is to say. We're now going to be seeing that on the world economy, in terms of currency, in terms of trade, in terms of fiscal policy and relative austerity, in terms of cybersecurity and industrial espionage. As geopolitics shifts from hard, conventional warfare, and military balance to economic warfare and economic balance, we're seeing that there is a lot more "zero-sum-ness" emerging. There is no sense of collective economic security and this profoundly changes the risk balance in the world. You basically have moved from panic to enormous uncertainty.

RM: What would you say to companies operating in the Eurozone, and what ramifications might the area's ongoing fiscal challenges have over the coming year?

Bremmer: Number one, you are going to see very slow growth in Europe, so it's not an exciting place to put a bunch of money. Number two, you might well see populist measures being taken in individual countries that could hurt corporations in terms of tax code and otherwise. Certainly in the case of Ireland, which has been very favorable for multinationals, if they have problems with significant austerity going through, they are going to have a tough time maintaining [a competitive advantage] vis-a-vis other European countries. Also, there is a growing likelihood of significant social instability, given extraordinary and spiraling unemployment-which is not going to change.

The level of austerity you're talking about in many of these countries is going to reduce people's quality of life by a quarter or more. In many of these peripheral countries this is very severe stuff, and it could certainly create a lot of instability domestically.

RM: And we might see strikes or other labor disruptions that could carry business continuity and supply chain risk?

Bremmer: I would be surprised if you don't [see that] in the European peripheral economies.

RM: In terms of an increasingly antagonistic relationship between the United States and China, do you foresee a situation in the next 12 months in which it could become so contentious that it would prevent companies from moving into the Chinese market?

Bremmer: I think that you are already seeing Western multinationals want to hedge their exposure more in multiple sectors, realizing that the historical social contract between American corporations and China is breaking down. It has been a relationship in which U.S. companies provide technology and know-how, and in return, the Chinese provide market share. But the level of technology that the Chinese need is increasingly very sophisticated, and at the same time, Chinese corporations are not only starting to compete with Western firms for market share in China, but they are competing in export markets, too.

Western multinationals are slow moving. They are not going to suddenly, after many years of developing China plans, say "we're going to pull up our stakes and leave." Even Google decided to keep some of its operations going in China. But definitely, you are seeing hedging behavior, and I think that will expand over time.

RM: With regard to Mexico, I have heard you say that you would not be surprised to see drug cartels increasingly target business leaders-both domestic and foreign. How do you see this progressing in 2011?

Bremmer: It's clearly getting worse. I don't believe it threatens the viability of the Mexican government, and I don't believe it's a Mexico City threat-it's the north and the west. But as the Mexican government makes greater inroads and ratchets up its military efforts against these narco-cartels, the fighting is intensifying. This is for a lot of money. The cartels are taking no prisoners. There really is a war going on in those provinces. And while it's not going to affect tourism because that's not where significant tourism is, for Western corporations investing in those areas, the security concerns could start to have a direct investment downside over the next year.