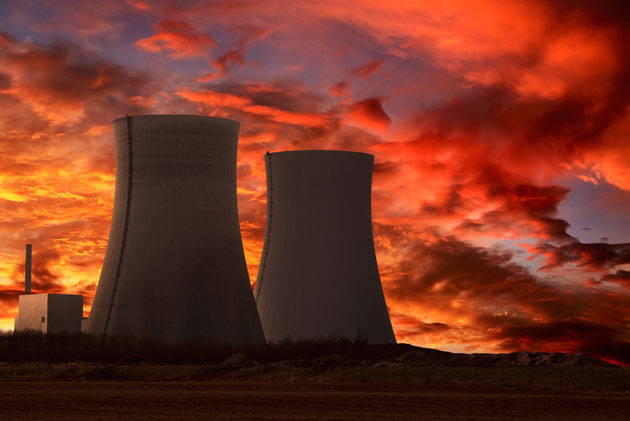 On the heels of the Fukushima Daiichi nuclear power plant crisis in Japan, the United States has turned its eyes toward the safety and security of nuclear power plants on American soil. The Union of Concerned Scientists (UCS) issued an in-depth report focusing on 14 “near-misses” at nuclear facilities in the United States in 2010. “While none of the safety problems in 2010 caused harm to plant employees or the public, their frequency—more than once per month—is high for a mature industry,” states the report. “That plant owners could have avoided nearly all 14 near-misses in 2010 had they corrected known deficiencies in a timely manner suggests that our luck at nuclear roulette may someday run out.” The report coincided with President Barack Obama’s request that the Nuclear Regulatory Commission (NRC) perform a comprehensive review of the safety of all 104 nuclear reactors in the United States. And as we see in the UCS’ findings, the contentious debate over nuclear power safety is not likely to end any time soon.

The NRC sent an inspection team to Diablo Canyon Unit 2, a reactor owned by Pacific Gas & Electric, after it learned that operators could not open valves that provide emergency cooling water to the reactor core and containment vessel. Inspectors found that a misguided fix of an earlier problem had caused an even larger problem. The NRC sanctioned PG&E for a bad fix and for inadequate post-fix testing that should have identified the unintended consequences but failed to do so. The plant’s location in earthquake-prone California is also worrisome.

Kansas’ only nuclear power plant, Wolf Creek, was visited by NRC inspectors in August 2009 after a lightning strike disconnected the plant from the electrical grid. The analysis of the site revealed a hole within a segment of water piping. The inspectors found that a 2007 internal study had forecast leakage in the same piping and that leakage had actually occurred in April 2008 in an event similar to what took place in August 2009. The NRC sanctioned the company for having identified this safety problem but failing to correct it.

The Braidwood Generating Station, owned by Exelon Corporation, provides electricity to Chicago and northern Illinois and ranks as the largest nuclear power plant in the state. In 2005, Exelon was sued by residents of Will County and the state’s attorney in a suit that alleges the Braidwood plant released radioactive tritium into local water. In August 2010, NRC inspectors found that poor plant design led to repeated floods in buildings with safety equipment, allowed vented steam to rip metal siding off containment walls and employed undersized electrical fuses for vital safety equipment. The NRC claims Exelon knew about several of the problems.

At Crystal River Unit 3, workers attempting to replace steam generators created a gap in the concrete containment walls in 2009. The inspectors found that the method used to cut through the thick concrete walls created so much pressure that metal reinforcing bars in the walls “acted like the San Andreas fault,” according to the UCS. This issue caused owner Progress Energy to delay plans to fire up the facility in April, the fifth delay in 18 months.

The HB Robinson plant, owned by Progress Energy, experienced two fires in March 2010. The fires prompted an NRC investigation that found numerous problems spanning many years in areas including design and procurement of safety equipment, maintenance, operations and training. Inspectors were again sent to the plant in October 2010, making it the second near-miss in six months. They found many of the same shortcomings that played a role in the earlier incident. The NRC issued a total of eight violations for both events.

The Indian Point Energy Center, though not listed as experiencing a “near-miss” in the report by the UCS, still causes great concern due its proximity to both an earthquake fault line and densely-populated New York City. The intense media coverage and reports that the plant was the U.S. nuclear facility most vulnerable to an earthquake prompted federal investigators to conduct a safety review.
Emily Holbrook is the founder of Red Label Writing, LLC, a writing, editing and content strategy firm catering to insurance and risk management businesses and publications, and a former editor of Risk Management.