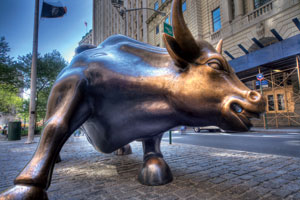 On July 21, 2010, President Barack Obama signed the Dodd-Frank Wall Street Reform and Consumer Protection Act into law. The goal was simple; following the economic meltdown of 2008, lawmakers sought to strengthen the resiliency of financial firms and curb the industry-wide risk-taking practices that were believed to have amplified the crisis.

Just over one year later, most companies are well positioned to address the most sweeping financial reform since the 1930s. "It is a hydra-headed beast," said Don Vangel, director of bank regulatory advisory services at Ernst & Young. "Because of its broad, far-reaching implications, firms began to mobilize pretty quickly after enactment."

That is all well and good, but the problem is that these business cannot prepare for the unknown. And given the rollout time line of the nearly 250 new rules the act has created, the industry still currently lacks clarity on what the future will look like.

Fortunately, some guidance is forthcoming. By the end of the year, Ernst & Young expects details to emerge regarding systemically important institutions, over-the-counter derivatives, proprietary trading and the so-called Volcker rule to name a few. "Certainly over the next six months, we're going to see a lot of clarity," said Vangel.

Articulated regulation is key. That alone will not be enough to ensure that companies are prepared to respond, however. Because unlike Basel II and Sarbanes-Oxley, there is a lot more to this reform than simply conducting exercises in compliance. Firms, in some cases, will be forced to re-think their whole business strategy.

Dodd-Frank may alter the incentives for certain areas of business, creating significant downstream effects on what companies will need going forward in terms of corporate infrastructure, IT systems, personnel and tax structures. And if a company does not believe it can continue to make the same returns in a market segment, it may no longer make sense to operate in that business area.

Such strategic decisions cannot be made anywhere but at the top. This is when the board and the CEO must be fully engaged. This is when the company must be ready to set its course for the future as soon as the new rules of the road emerge.

Complicating matters further is that this is not the only major overhaul coming down the pipeline. Ernst & Young says that most of its clients are developing a dual response to Dodd-Frank and Basel III, which will require higher capital reserves for some firms and define a global liquidity standard as soon as next year.

"There remains substantial uncertainty not just with respect to elements of Dodd-Frank but, with multinational firms, how they fit into the global context," said Vangel. "While, conceptually, the G-20 are on roughly the same page, there are some significant differences in substance and timing around how they go about addressing the underlying subject matter."

If all this does not seem daunting enough, there's more. Not only will financial companies have to respond to the change, they will have to react to a changing competitive climate after the change. "There are going to be reverberations of change," said Davis. "As major competitors set their strategy, that's going to impact what the competitive environment looks like and what the right business strategy is for individual firms. We're in the early stages of a multi-year period of dramatic change."

So while a company can be prepared to deal with the changes of financial reform as it stands today, it is important to remember that there are many unknowns ahead. And the strategic decisions-of both the company and its competition-will define how the firm fares for the long haul.

The Growing Influence of SPACs on the Insurance Market