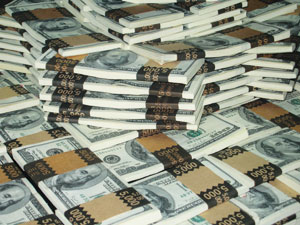 The Dodd-Frank Wall Street Reform and Consumer Protection Act is, to many, a much-needed overhaul and, to all, the most sweeping change to financial regulation in the United States since the Great Depression. But necessary changes will not come cheap. The act may require the federal government to spend close to $1 billion and hire or transfer more than 2,000 employees in the coming months, according to the Government Accountability Office (GAO).

"The consumer bureau, which has been targeted by Republicans for structural changes and funding cuts, may require $329 million in fiscal 2012 and more than 883 new employees," according to a Bloomberg news report.

It is likely, however, that taxpayers will only bear a portion of the implementation costs. Of the 11 agencies responsible for implementing the law, only three will be will be funded by congressional appropriations. More than half will be funded by industry while the remaining agencies will rely on federal budget offsets and, in the case of the Consumer Financial Protection Bureau, transfers from the Federal Reserve. The agencies reported that most of the expense would be recurring.

Most would agree that change is good, but as we can see from this high-priced example, it is also far from cheap.
Emily Holbrook is the founder of Red Label Writing, LLC, a writing, editing and content strategy firm catering to insurance and risk management businesses and publications, and a former editor of Risk Management.