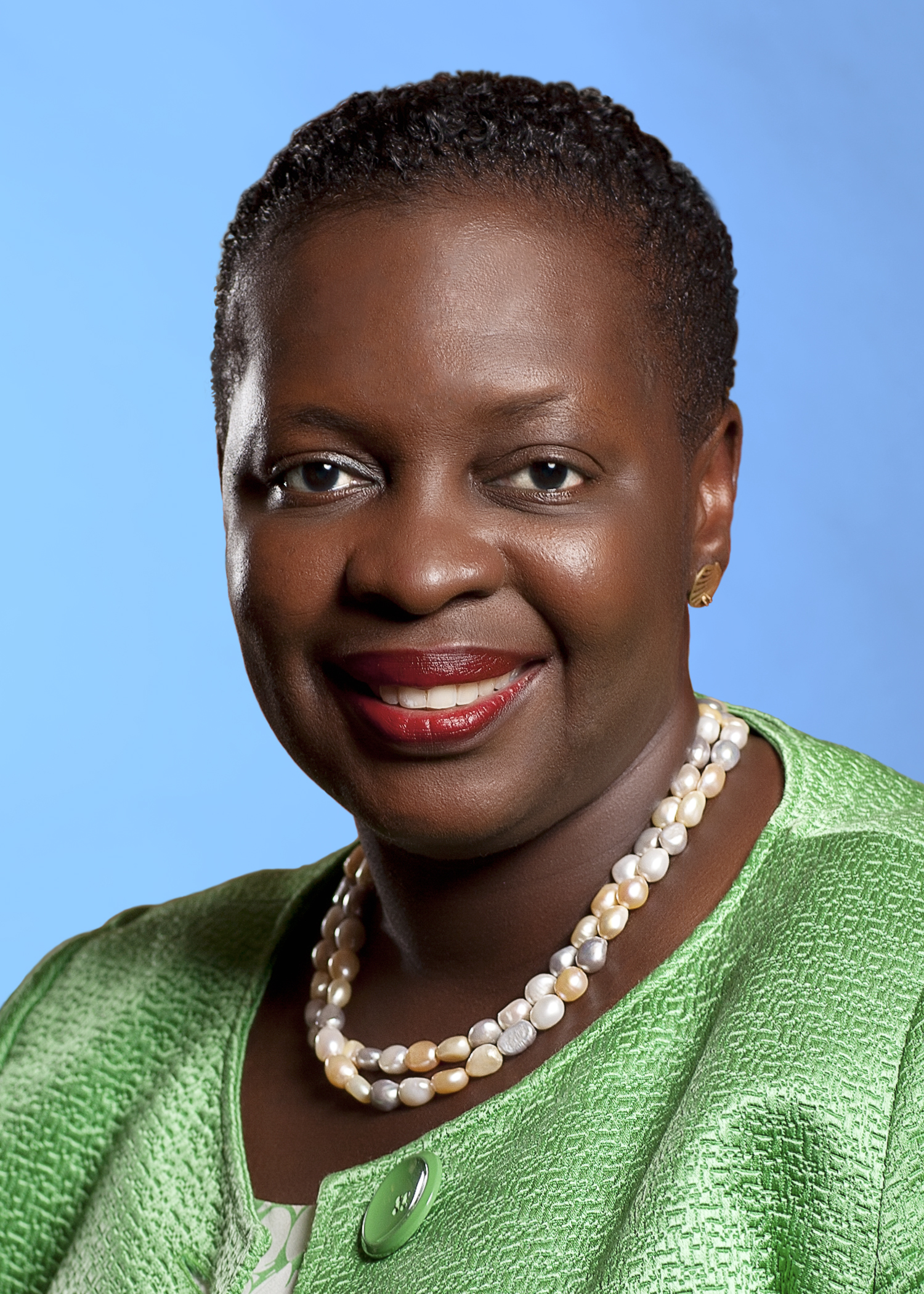 Bermuda has long been the world's captive insurance capital. No domicile has more active captives and business has been booming for years. But the nation is also a reinsurance giant, making it a leading laboratory for all means of innovative risk transfer.

To better understand the current business and risk climate on the island, we sat down with Bermuda Premier Paula A. Cox, who was sworn in last October after a career spent within the nation's cabinet, ACE Limited and the Bank of Bermuda. She explains the challenges of increased global competition, the importance of reputation and international regulatory concerns.

Risk Management: You have been premier for less than a year. During that time, what have been some of the greatest or most unexpected challenges you have had to face?

Premier Paula A. Cox: Change is always challenging...[But] for Bermuda, it is important for us, in terms of reputational stability and credibility, to continue to show that we are prepared to make the necessary changes, even in terms of our regulatory framework, without going too far.

What do I mean by that? I think it is important that we have intelligent regulation -- not necessarily more regulation. You have to make sure that as you balance the various competing interests and sectors, you don't become overzealous in effecting the regulatory changes.

We seem to be doing that relatively well but it is an ongoing process to make sure that as you look at what is required on a super-national regulatory tableau -- whether it is in the EU or the United States -- that we do what is right for Bermuda and that we also make sure that our commercial interests are being served.

It is a very competitive landscape. Bermuda has a strong reputation, and we want to make sure that we continue to be competitive.

RM: With so much global competition for captive and reinsurance business, how does Bermuda retain its status?

Premier Cox: We have to continue to be innovative. Part of Bermuda's cache is that we are able to take on challenging business, not just the vanilla business...Another asset and a feather in our crown is speed to market.

Business has to be able to work but it also needs to work with dispatch. It is very nice when people come in to see me and they want to thank the government and the industry for how quickly we've been able to get them up and running and not at the expense of having a proper regulatory probity.

So it is really innovation and speed to market as well as the fact that, almost within a block, you can see all the people you need to, whether it is your regulators, government ministers, brokers, insurance companies, lawyers or accountants. That accessibility also helps. We realize it is service, and that's what makes a difference.

There is a lot of competition so you have to find a way to differentiate yourself. That is what [Solvency II] equivalence is about -- it is part of making sure that our companies have a level playing field and Bermuda is seen as credible and comparable to anywhere else that they wish to operate. And that has to be a benefit in a cost/benefit analysis.

That's what we really offer. More than everything else that Bermuda has in terms of sun, sea and sand, it is really that innovation that is important.

Even in the face of the economic turmoil that characterized the four years from 2007 to 2010, captives bucked economic trends. According to a recent Marsh study, while the rest of the economy struggled and a soft market endured, captives actually performed extremely well. Financial stability and claims-paying ability improved, premium levels rose significantly and captive owner equity increased.

According to Michael Cormier, global captive solutions practice leader at Marsh, this trend points to a shift in how companies are using their captives. "Rather than using captives as a money-saving vehicle when traditional insurance costs rise, owners are viewing their captives as efficient and effective long-term risk management and risk financing solutions," he said.

The report also found that more captives are choosing onshore domiciles. While most domiciles remained stable or saw reductions, U.S. domiciles grew in 2010, likely due to the fact that many more states have passed captive legislation that has made them more competitive.

In particular, many smaller captives have been set up in U.S. jurisdictions to take advantage of the favorable tax treatment allowed under Section 831(b) of the Internal Revenue Code. States like Utah, Kentucky and Montana saw significant gains in 831(b) captives in 2010, much of this coming at the expense of traditionally strong offshore domiciles, particularly the British Virgin Islands.

RM: You have said that, following the recession, Bermuda will have to rethink how it does business in order to stay competitive. What are some of the ways you hope to accomplish that?

Premier Cox: From an insurance point of view, what we're doing is making sure that even with our regulatory changes -- remember what we did was change some of our insurer classifications so that you now have your class 3, class 3A and class 3B -- we're refining what is already a workable model. And that based on the appropriate risk, we're modifying some of the fee schedules and fee structures so that we assist those companies and we're not treating all insurance companies as if there is a one-size-fits-all [solution].

That helps because it reflects that you're sensitive to differentiation.

From a general point of view, the [Bermuda Monetary Authority] is really looking at how as part of regulation and the issues of Solvency II that we don't leave out or prejudice what is a key sector for us: the captives. While the EU has made it clear that they are going to be sensitive to that, we have to make sure that we don't take our eye off the ball and that we don't do any harm to that sector of our business.

This is our economic lifeline -- financial services -- and even more so in a time where tourism [has not yet recovered to] where it should be. Financial services are really the goose that lays the golden egg for us and we would be foolish and churlish if we were to do anything to deliberately or inadvertently harm that.

RM: The Neal Bill has been circulating through the U.S. House of Representatives and it seems to want to discourage U.S. insurers from doing business with non-U.S. firms and affiliates. This would seem like a direct threat to Bermuda's economic interests. What are your thoughts on this bill, and for that matter, any other similar proposals?

Premier Cox: I think [the Neal Bill] will continue to be an issue for all jurisdictions that are offshore to the United States, whether we're talking about Switzerland, Luxembourg, Jersey, wherever. That is why it is very important in terms of reputational integrity that we committed to sign and to be on that top tier of the [Organization for Economic Cooperation and Development] list of jurisdictions because we can demonstrate -- not just by words, but by our track record- -- that we believe in exchange of information and transparency.

With Neal we can't take anything for granted, but we do appreciate that this has been talked about for some time and that the U.S. administration, right now, probably has more important priorities. But we will continue to make sure that from a reputational point of view we are well positioned, and that we don't just rely on being well positioned, but that we also have people in Washington working for us, which will further bolster the caliber of people who can assist us.

The issue that resonates more than all the technical arguments when you talk to Congress and when you talk to senators is that when you look at it, all politics is local. And what that means for their constituents -- forget about Bermuda -- what that means to your people, is that it is going to raise the cost [of insurance]. And that's when they sit back and take note and have a much more direct interest in making sure that they sing the tune that Bermuda sings. Because when it affects their voters then it catches their attention.

RM: This has obviously been a tough catastrophe year. Do you have any thoughts on how it might affect the industry?

Premier Cox: It clearly has been costly but I think that for Bermuda, in terms of our [insurance and reinsurance community], they are resilient and they are properly capitalized and that is in no small measure due to the regulatory framework we have established. But you're going to probably see more convergence and more of a mixture of insurance and the capital markets coming up with different types of vehicles.

From a Bermuda perspective, I don't think that we've been adversely affected to a significant degree. Clearly some of our companies in Bermuda have had to pay because we tend to be the ones who fund many of the payouts when there are catastrophes -- that's a measure of the strength, importance and significance of our insurance companies that are in Bermuda.

But I think that because they are strongly capitalized, they are not at any risk. Everyone is probably just hoping that they can see the markets harden a bit more because they want to be able to make more profit.

RM: As the head of a country, what are some of the key risks that you have to pay particular attention to?

Premier Cox: Part of our mandate as a government is to be able to take note of existing risks including issues of reputational/political risk. We also need to make sure that from a financial point of view and from a fiscal prudence point of view that we're protecting ourselves.

As a new leader who also holds the ministry of finance portfolio, that is why I've taken the position that we're going to make some judicious cuts. Not everyone will like them but that's immaterial because I'm not playing for the short term. I'm playing for the long term and how we position Bermuda.

So you're dealing with political/reputational risk, anticipating and taking action, and you're dealing with the economic risk. And that is why it is so very important that we focus on our tourism industry. Because right now while I talk about the financial services -- and of the financial services, insurance/reinsurance is the jewel in the crown -- we also have to worry about not concentrating our risk in one sector.

Though we have insurance and reinsurance, it is critically important for tourism to get back to re-strengthen the legs of our economy.

We also have to look at new sources of revenue, whether that is telecommunications, space, the green economy or what they call the blue economy in terms of the sea. That is part of my mandate as a government, as a leader -- to look at how we can anticipate and deal with some of the risk coming down the road.