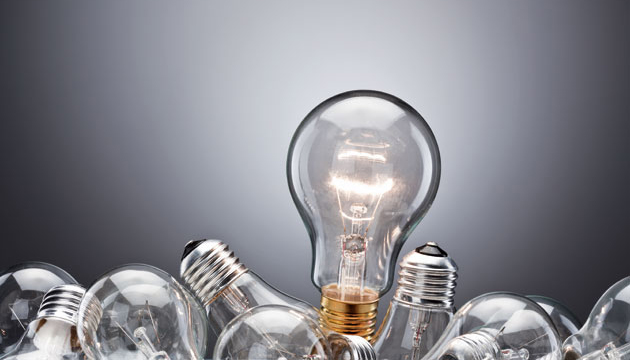 When you think of the risks facing energy companies, you probably envision major disasters like the Gulf oil spill or San Bruno gas explosion. These are certainly the most frightening and catastrophic threats. But there are many other less sensational concerns that energy companies encounter. Because today, the major players in the industry are invested in much more than simply petroleum and pipelines. They are heavily embedded in the commodity market and derivatives trading and must deal with mundane issues of bankruptcy liquidation and compliance.

The following risks may not be the stuff of blockbuster movies, but they are some of the emerging issues that all energy company executives must plan for now.

Dodd-Frank seeks to move most of the over-the-counter (OTC) derivatives market onto regulated clearing exchanges. The backers of the legislation assert that the move to cleared exchanges will increase transparency and thereby spread the risks of default across market participants.

There is a flip side to that transparency, however. To collateralize their positions, energy companies will be required to post margin. Those in the sector may be accustomed to posting some collateral or guaranties in their OTC transactions, but it is likely that clearinghouses will require significantly more margin (and in a more liquid form). The margin required by clearinghouses will include both initial margin, which is independent of market movements, and variation margin, which changes based on daily market fluctuations. The combination of the two may dwarf the liquid collateral that energy companies have traditionally posted in OTC transactions.

In the OTC market, many participants are given some degree of unsecured credit exposure, or credit thresholds. Those thresholds represent a general level of business risk that a counterparty will take, based on the participant's creditworthiness. Exchanges, however, will not allow any such thresholds. So it is safe to assume that energy companies will be forced to change their strategies based on the clearing requirement.

At first blush, it may appear to be a positive development for derivatives trades to move away from lengthier forms like the  International Swaps and Derivatives Association's (ISDA) "master agreement." The ISDA and similar forms consisted of many pages and often caused negotiations to last several months.
On the other hand, cleared swaps will now be documented on entirely different types of agreements, potentially reducing the consistency and predictability that the ISDA brought to the marketplace. Depending on the energy company's choice of futures commission merchant (FCM), each of which may have its own form of "cleared swaps documentation," there may be material differences related to the changes from the ISDA master agreement.

As one example, the "events of default" under the cleared swaps documentation may be incompatible with most OTC players' understanding of the term. Although the documentation will include many traditional defaults, it may also include a discretionary default, which would allow an FCM to declare a default anytime it is necessary for the protection of the FCM. Energy companies may want to attempt to negotiate such terms, or else make risk management adjustments to allow for the fact that the FCM can declare a default at any time.

3. Supply of Goods to a Bankrupt Counterparty

In its 2005 amendments to the Bankruptcy Code, Congress passed a new law that served as a boon to suppliers of goods, including many physical commodities. The new law provides for an administrative expense claim -- usually meaning payment in full -- for the value of goods supplied in the 20 days preceding a debtor's bankruptcy. Congress gave no indication of its intention in passing the new law, but some have speculated that it was a countermeasure against debtors' hoarding of goods (without payment) in the days leading to bankruptcy.

Whatever the intention, the effect of the new law has been significant. Previously, such suppliers of goods were usually left with unsecured claims, receiving only ratable distributions. Elevating such claims to a priority level that generally allowed for payment in full has been a great benefit for those suppliers, but a potential detriment to debtors. The harmful effect on debtors has led to two results.

First, debtors fight aggressively to limit the scope of the provisions. Litigation has ensued over the meaning of virtually every word in the statute, such as the meaning of "goods" or the meaning of "value," as well as other logistical requirements. Of particular relevance for energy companies are questions of whether electricity constitutes goods and whether utility providers sell goods. As a result of debtors' aggressiveness on such issues, even if a supplier prevails in establishing its higher priority claim, it will likely be only after paying significantly more in attorneys' fees.

Second, a movement has begun to repeal the statute, based on the perception that the harm to debtors is too great. In other industries -- most notably, retail -- the requirement of paying such suppliers in full has significantly limited debtors' ability to reorganize. Some have attributed the liquidation of high-profile retailers like Circuit City and Sharper Image to the 2005 amendments. Although repeal of a statute is rare, the liquidation of major companies may make for a more compelling argument than usual, particularly in an era when unemployment is such a major concern to politicians.

A separate section of Dodd-Frank creates a new insolvency regime, intended to prevent the bailout of entities that grow "too big to fail." The statute allows the U.S. government to appoint the Federal Deposit Insurance Corporation (FDIC) to oversee a slow and orderly liquidation of some companies that are at risk but whose failure would present a systemic risk to the country's financial stability.

Financial companies are subject to the Orderly Liquidation Authority (OLA) regime. The term "financial company" is broadly defined, however, and may include any company predominantly engaged in financial activities. So it is conceivable that the SEC could deem the major players in the commodity markets to be financial in nature.

The OLA follows the Bankruptcy Code in many respects. It also has similarities to the Federal Deposit Insurance Act, which contains the insolvency regime for the liquidation of national banks. One striking difference from those two regimes, however, is the wide authority and discretion the OLA grants the FDIC to take actions necessary to liquidate the relevant company.

Similarly, energy companies may face some surprises in the OLA's treatment of derivatives contracts. Like the Bankruptcy Code's safe harbor provisions, the OLA does provide some beneficial treatment of "qualified financial contracts," which includes most derivatives. The OLA, however, places some limitations on the ability to terminate, liquidate and accelerate such contracts. Under the Bankruptcy Code, the exercise of such rights is absolute under the safe harbor statutes. The OLA also specifically invalidates any contractual provision that suspends payment or delivery obligations based on the debtor's financial condition, a result that arguably is not specified in the Bankruptcy Code.

The risk for energy companies does not arise solely from the differences between the OLA scheme and the Bankruptcy Code. Rather, it comes from the combination of those differences and energy companies' inability to know beforehand which of its counterparties will be subject to the OLA. As outlined, the discretion of whether to commence OLA proceedings rests primarily with the secretary of the Treasury, with the consultation of the president.

Energy companies do not know whether their counterparties would be debtors under the OLA or under the Bankruptcy Code, and accordingly, do not know which of their traditional risk management tools will be effective.
Paul B. Turner is co-partner-in-charge of Sutherland Asbill & Brennan's Houston office and a member of the firm's energy and environmental practice group.
Mark Sherrill is counsel in Sutherland Asbill & Brennan's energy and environmental practice group in Washington.