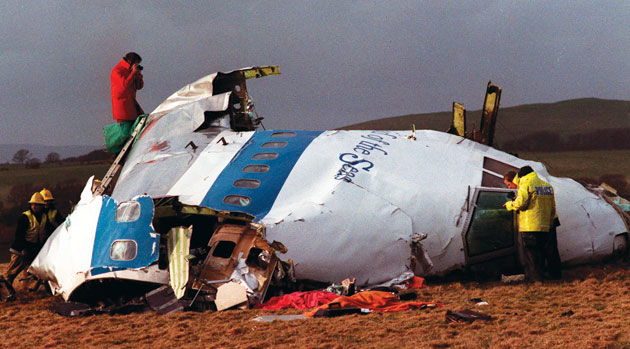 Ten years ago, nearly 3,000 victims died in the deadliest terrorist attack in history. September 11 changed the world in countless ways, directly leading to at least one ongoing war and flaming the fires of religious intolerance in many areas. But for the business world, it magnified an old threat, transforming what was once a horrific, but limited, exposure into an unimaginable peril with near-limitless loss potential.

Thankfully, the vast loss of life on that day proved to be an aberration more so than a new normal, but mass-casualty attacks have been something the world has been forced to deal with for decades. Here are the deadliest terrorist attacks in history.

Cinema Rex Arson
August 20, 1978
438 Deaths
Anti-Shah extremists set ablaze a movie theater in Abadan, Iran, killing hundreds and stirring the Iranian Revolution that would turn the country from a monarchy to an Islamic republic. At least seven people were publicly executed after a court found them to be responsible.

Beirut Barracks Bombings
October 23, 1983
301 Deaths
The terrorist group Islamic Jihad claimed responsibility for dual truck bombs detonated at the barracks of both the U.S. and French embassies in Lebanon. The death of 220 Marines marked the deadliest day for the Corps since the Battle of Iwo Jima during World War II.

Air India Bombing
June 23, 1985
331 Deaths
Everyone aboard Air India Flight 182 died after a bomb inside the plane exploded 31,000 feet above Ireland, causing the 747 to careen into the Atlantic. With 280 Canadians dying in the attack, which is believed to have been orchestrated by the radical Sikh group Babbar Khalsa, this is the deadliest incident in the nation's history.

Lockerbie Bombing
December 21, 1988
270 Deaths
Pan Am Flight 103 met the same fate as the Air India flight three years prior, but the wrecked fuselage also killed 11 when it crashed in Lockerbie, Scotland. After a long investigation, Scottish authorities convicted Abdelbaset Mohmed Ali al-Megrahi, who they believed to be a Libyan intelligence officer, for the crime. Megrahi was released from prison in August 2009 due to the fact that he had "terminal" prostate cancer and, doctors said, only three months to live. Today, he is alive in Tripoli.

Bombay Car Bombings
March 12, 1993
257 Deaths
Thirteen coordinated car bombs rocked Bombay, India, ravaging bazaars, a cinema, a hotel and a financial hub, among other buildings. The attacks were designed by Dawood Ibrahim, head of the Indian crime syndicate "D-Company," likely in response to the destruction of a mosque a few months earlier during religion-motivated riots.

Bentalha Massacre
September 22, 1997
277 Deaths
Militants armed with automatic weapons, rifles and machetes went door-to-door, slaughtering hundreds in Bentalha, Algeria. The Armed Islamic Group claimed responsibility for the massacre, which came amid a long period of national conflict that saw another dozen mass murders of this type.

Wilaya of Relizane Massacre
December 30, 1997
272 Deaths
Radical Algerian militants carried out another heinous massacre on the penultimate day of the year, killing anywhere between 80 and 400 men, women and children. The Algerian government officially counts 272 dead.

Beslan School Hostage Crisis
September 1-3, 2004
366 Deaths
186 children, plus nearly 200 others, were killed after Russian security forces stormed a school where Chechen Islamic militants had been holding some 1,100 hostages captive for three days in the North Ossetia autonomous republic of the North Caucasus.

Qahtaniya Car Bombings
August 14, 2007
More Than 500 Deaths
Four coordinated bombs detonated on the day of the worst terrorist attack to occur during U.S. military operations in Iraq. No group has officially been blamed but Al Qaeda is the suspected culprit. Some two tons of explosives were used.