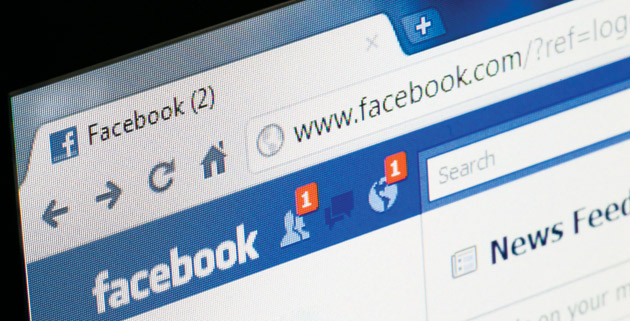 Facebook recently reached a milestone: 750 million active users worldwide. With people spending more than 700 billion minutes per month on the social network, it's no wonder many users get themselves in trouble for what they post. For example, a juror in the UK was dismissed after she disclosed sensitive case information on her Facebook profile, asking her friends to participate in a poll to help her decide "which way to go" with the verdict. But repercussions from other comments on social media sites have been much worse.

Many employees have been terminated over certain comments or pictures, and the National Labor Relations Board says it has been receiving an increased number of social media cases as this new mode of communication continues to grow in popularity and users continue to post with reckless abandon.

June 2008
20-year-old James Brennan was fired from his job at a store in central London after posting a derogatory statement about his employers. He believed his comment was visible only to his friends, but a colleague printed off the remark and showed it to his boss. Brennan claimed that what he wrote was private and done on his own time. Nonetheless, he was fired on the spot.

November 2008
Virgin Atlantic canned 13 flight attendants after they criticized the airline's flight safety standards and described passengers as "chavs" (a derogatory term used in the UK referring to aggressive, arrogant, lower-class young adults) on Facebook. Management at Virgin Atlantic fired the 13 individuals due to their "totally inappropriate behavior" that "brought the company into disrepute."

April 2009
An unnamed employee of Nationale Suisse, an international insurance company, lost her job after supervisors realized she was using Facebook after calling in sick because she was suffering from a migraine and needed to lie in a dark, quiet room. The woman claimed she was not using her computer, but instead accessing the site from her iPhone. The company said it lost trust in the employee while the woman accused the company of setting up fictitious "friends" to spy on her account activity.

August 2009
Georgia public school teacher Ashley Payne was given a "resignation or suspension" ultimatum after her supervisors saw that her Facebook profile included a photo of her taken during her European vacation that showed her clutching a glass of wine in each hand. Along with the photo, one of her status updates contained an expletive (though she was merely referring to the official name given a local bingo night). Payne sued the school, making hers one of several lawsuits filed within the past few years involving teachers who feel they were unfairly dismissed because of the contents of their Facebook pages.

April 2010
Tania Dickinson, a ministry employee in Auckland, New Zealand, was fired over a Facebook comment in which she described herself as a "very expensive paperweight" who is "highly competent in the art of time wastage, blame-shifting and stationary [sic] theft." The Employment Relations Authority refused to uphold a complaint from Dickinson that she was unfairly dismissed.

June 2010
24-year-old Andrew Kurtz worked as a "Pittsburgh Pierogi" mascot for the Pittsburgh Pirates baseball franchise, a job that entailed racing around the field between innings and greeting fans. Kurtz was also a diehard Pirates fan and when he found out team president Frank Coonelly decided to keep general manager Neal Huntington and manager John Russell on for another season, he took to Facebook, stating "Coonelly extended the contracts of Russell and Huntington through the 2011 season. That means a 19-straight losing streak. Way to go Pirates." He was immediately fired.

February 2011
Dawnmarie Souza, an employee of American Medical Response, a Connecticut ambulance service, took to Facebook to criticize her supervisor and other coworkers. Soon after, she was terminated from her position. The National Labor Relations Board (NLRB) promptly brought the wrongful termination complaint before an administrative court, arguing that the company's social media policy was too broad and that Souza's termination violated the National Labor Relations Act, which keeps employers from penalizing employees for talking about unionization or working conditions. A settlement was reached in which Souza did not return to work but the company changed its social media policy.

September 2011
In October 2010, five employees of the minority advocacy group Hispanics United of Buffalo were fired for complaining about working hours at their nonprofit employer. The five decided to fight back, taking their case to the NLRB. There, administrative law judge Arnold Amchan, in a first-of-its-kind decision, ruled that after-hours Facebook wall complaints about being over-worked constituted legitimate "concerted activity" within the meaning of Section 7 of the National Labor Relations Act. He ordered the organization to reinstate the five employees along with back pay.
Emily Holbrook is the founder of Red Label Writing, LLC, a writing, editing and content strategy firm catering to insurance and risk management businesses and publications, and a former editor of Risk Management.

Fake Facts: What the Rise of Disinformation Campaigns Means for Businesses

Brandjacking on Social Media and Beyond