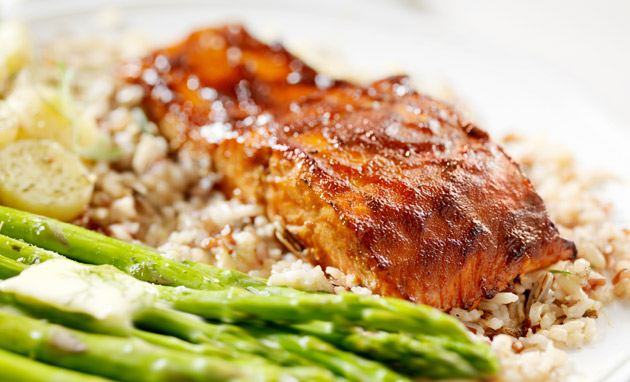 That delicious wild salmon on your dinner plate, cooked in Italian extra virgin olive oil and served with a glass of French champagne is not only delicious, it is also expensive. But hey, you get what you pay for, right? Not always.

The production of food that is labeled and sold as one thing but is actually something else is not a new phenomenon. Food fraud, or the intentional adulteration of food with cheaper ingredients for economic gain, has made headlines in recent years. In 2008, milk adulterated with melamine (a chemical that makes milk appear to have a higher protein content) caused 900 infants in China to be hospitalized for kidney problems, six of whom eventually died. In 2007, the University of North Carolina found that 77% of fish labeled as red snapper was actually tilapia, a less rare, expensive and flavorful fish. That same year, investigators in Florida found that much of the grouper being sold in restaurants throughout the state was actually catfish or other types of cheaper whitefish.

The problem is even worse in Europe. In November 2010, Europol, the European Union’s criminal intelligence agency, teamed up with international law enforcement agents at Interpol to conduct a week-long investigation into food fraud in various countries. What they found was startling. Agents seized hundreds of pounds of mislabeled food, including champagne, cheese, olive oil and tea from Bulgaria, Denmark, France, Hungary, Italy, the Netherlands, Romania, Spain, Turkey and the UK. The total value of the goods was an estimated €300,000 (or about $400,000).

The risks associated with food fraud are numerous, with the most dire being the health risk posed to the public. But for corporations within the food manufacturing business, there is another concern. “I think the biggest risk is brand reputation risk,” said Don Hsieh, director of commercial and industrial marketing with ADT Security Services. “Global brands have a reputation to protect. Their products mean something in terms of quality, and the consumer expects them to be safe.”

Just like the companies behind what is now known as the largest food fraud in U.S. history have learned, when your product is not what it seems, customers will not soon forget. In early 2011, honey packers across North America were exposed for using honey from China, where beekeepers routinely use  U.S.-banned antibiotics on their hives. What was being sold as pure honey was, in fact, tainted and mislabeled. Consumers were, and are still, wary of brands touting their honey as “pure” or “raw.”

John Spink and Douglas Moyer, of Michigan State University’s anti-counterfeiting and product protection program published a paper in the Journal of Food Science in which they wrote that “the food-related public health risks are often more risky than traditional food safety threats because the contaminants are unconventional. Current intervention systems are not designed to look for a near infinite number of potential contaminants.”

Fortunately, two high-tech tools have been developed to help combat fraud by determining the exact makeup of food. DNA testing on food can be done on cells extracted from foods such as fish, meat, rice and even coffee. Technicians can identify the animal or plant species by comparing the DNA to a database of samples. Isotope ratio analysis can also determine specific differences between food, such as whether a fish was farm raised or wild or whether caviar came from a stream in Finland or the United States.

As globalization increases the need for more diverse and longer food supply chains, Moyer believes there are four areas that will play an important role in preventing food fraud: food science, packaging science, supply chain management and crime science. The Food and Drug Administration, which is charged with ensuring that food in the United States is accurately labeled, has, by its own admission, been overwhelmed with trying to prevent food contamination. As a result, it has left fraud on the back burner. But since food fraud represents an underappreciated product risk, it may be a call to arms for major companies, which must re-evaluate their food safety and defense processes to protect their brands.
Emily Holbrook is the founder of Red Label Writing, LLC, a writing, editing and content strategy firm catering to insurance and risk management businesses and publications, and a former editor of Risk Management.

Investigations in a New Data Landscape