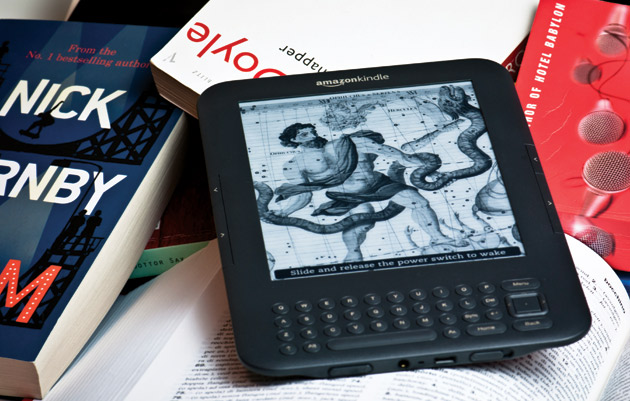 In 1999, the Department of Justice found that Microsoft had violated the Sherman Antitrust Act. It had essentially created a monopoly in the market for operating systems designed to run on Intel-compatible PCs, claimed the government. In a settlement, Microsoft was ordered to share its programming interfaces with third-party companies, a punishment that only recently expired. United States vs. Microsoft was arguably the most closely watched corporate legal case in recent history. Now, one may eclipse it.

As the first real player on the e-book scene, Amazon was able to dictate pricing to publishers, and it frequently sold digital books below cost to boost sales of its Kindle reader. Though book publishers largely opposed the practice, they didn't have much choice since there were few other viable options for publishing and selling e-books at the time.

But when Apple came along with its iPad and got wind of publishers' unhappiness with Amazon, the tech company decided to make a move. Apple introduced an agency pricing model under which the publishers set digital book prices and Apple received 30% of the sale. For publishers, this was obviously a more attractive option than Amazon's pricing strategy. And eventually, as more publishers threatened to withhold their titles from Amazon, the retailer adopted the agency pricing model as well.

The new model allowed Apple to gain a toehold in the potentially lucrative e-book market. And just as when it debuted the iPod and iTunes in the same year, the company was now positioned to profit from sales of both iPad hardware and content, rather than just from the hardware alone. "This would be sound commercial logic," said Frances McLeod, managing partner at Forensic Risk Alliance, "but all commercial activities must take place within the bounds of the law."

The DOJ is not the first to question Apple's influence on e-book pricing. The alleged conspiracy to raise e-book prices was the subject of a class action lawsuit filed against the same parties in a California district court last year. And in December 2011, the European Commission opened a formal antitrust probe for similar reasons.

So what does all of this mean to the parties involved? While publishers are likely pleased with the move away from Amazon's discount pricing, it is their investors who will be keeping a close eye on the legal proceedings. "The actions of the DOJ will also have been observed by shareholders and by those who feel they have been wronged, raising the possibility that owners and litigants may also act to investigate alleged bad behavior," said McLeod.

As for the retailers, Amazon has already made a few other enemies in the book publishing industry. Scott Turow, best-selling author and president of the Author's Guild, has called the retail giant "the Darth Vader of the literary world," suggesting that the company's tactics will unfairly undermine brick-and-mortar booksellers and, ultimately, the publishing industry itself.

Apple is not faring much better. For a company that prides itself on its reputation and ability to understand consumers, its customers could turn on the tech giant if they believe that it is Apple's fault that they are now paying more for digital books. In fact, after the price war began, Amazon was forced in some cases to raise e-book prices as much as 50% from its initial consumer-friendly $9.99 price point.

The DOJ lawsuit has already led to other changes. HarperCollins, Simon & Schuster and Hachette settled with the government, agreeing to grant retailers the ability to reduce prices. Under the agreement, the three publishers will also be forced to create new contracts with Apple and other e-book sellers.

But this story is far from over. The DOJ is vigorously pursuing claims against Apple, Macmillan and Pearson (owner of Penguin), all of which opted not to settle. States including Texas and Connecticut-and let's not forget Europe-are also seeking separate litigation against the involved companies.

Ultimately, many players in the market still have unfinished business. It seems one thing is finished for good, however: the agency pricing model.
Emily Holbrook is the founder of Red Label Writing, LLC, a writing, editing and content strategy firm catering to insurance and risk management businesses and publications, and a former editor of Risk Management.

The Sound of Risk