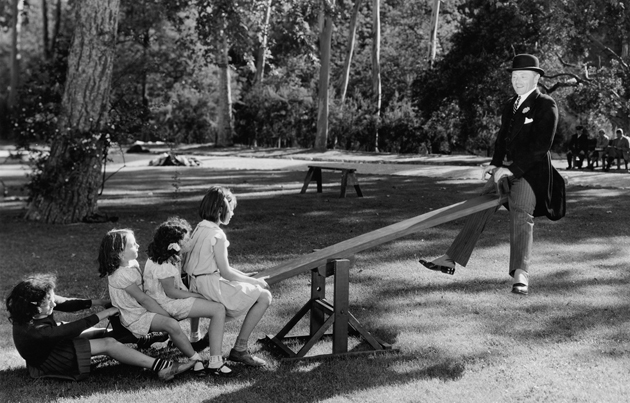 Market cycles are a result of inefficiency. In the past, the market has swung sharply from underpricing to overpricing instead of smoothly reaching equilibrium.

While these factors will never be eliminated, over the past 25 years the industry has been able to limit its impact and moderate cycles through the use of certain strategies.

New Insurance Investment Vehicles
The formation of ACE, XL and other industry facilities in the mid-1980s ushered in an era where capital could flow much more efficiently to solve market inefficiencies and take advantage of investment opportunities created by hard-market pricing. While the original Bermuda facilities were created by industrial firms looking to solve the capacity crisis of 1985, in subsequent market dislocations the model morphed into a more efficient way for capital to invest in insurance opportunities.

For example, the mono-line reinsurance facilities that formed after Hurricane Andrew in 1993 added $10 billion in capital to the market and dampened Andrew's long-term pricing impact. Catastrophe bonds of the late-1990s provided another vehicle for investors to thrust capital into the market. And sidecars in the early-2000s enabled capital movement into reinsurance opportunities in the post-9/11 loss environment.

Today, these vehicles--along with the hedge funds and private equity firms that fund them--allow capital to enter and exit the industry with a velocity not envisioned two decades ago. Any market dislocation can be quickly resolved by the influx of tens of billions of dollars of new capital virtually overnight.

Improved Regulation
State-driven insurance regulation in the United States has historically made it difficult for insurers to quickly adapt to changing market conditions, risk issues and customer needs. Designed as a means of consumer protection, these regulations have been ill-equipped for the needs of larger commercial insureds. But two decades of market events have influenced legislation and court opinion, and regulations have evolved to meet changing industry needs.

The Risk Retention Act of 1986, for example, allowed for insureds to pool risk in the form of risk retention groups or band together to create market clout through risk purchasing groups. More sophisticated risk assumption strategies like large deductibles, retained amount forms and collateral alternatives made it easier for insureds to assume risk efficiently. Free trade zones and large risk rules have allowed larger insureds to avoid the pricing constrictions of carrier rate filings. The nationalization of surplus lines industry through the adoption of the Nonadmitted and Reinsurance Reform Act (NRRA) in 2011 allows customers to purchase insurance nonadmitted coverage more efficiently. Overall, the industry trend is to allow sophisticated commercial insureds more options and flexibility in the purchase of insurance.

Globalization
The globalization of the insurance and reinsurance markets allows capital to quickly make its way to underwrite risk anywhere in the world. Risks in Indonesia, for example, can quickly attract capital from Connecticut, and risks in California can quickly find reinsurance support in Korea. Insurance truly has become a global industry allowing for better spread of risk across geographies, catastrophe zones and exposures, which puts less pressure on local insurers to deal with catastrophic losses.

More Sophisticated Rating Agencies
Since the mid-1980s rating agencies have become increasingly sophisticated in their ability to analyze the financial strength and viability of insurers and reinsurers. This is a result of improved tools and data quality as well as increased competition. A.M. Best, while still the dominant player, is now joined by Fitch, Moody's, S&P, Wiess Research, Duff & Phelps and Demotech in rating P/C companies. While the rating agencies still seem to always be playing catch up to the complex, global firms they attempt to accurately rate, these companies are nonetheless forcing insurers and reinsurers to be much more rigorous and transparent in their approach to risk.

Better Modeling
While catastrophe models are still notoriously imperfect, they have greatly improved their accuracy over the years. Improvements in data capture and significant increases in computing capabilities have led to much more powerful modeling tools from companies like RMS, EQECAT and AIR. Similarly, insurers are becoming much more sophisticated in their ability to create modeling tools to better understand loss drivers, inform risk selection and improve account pricing.

While today's market cycles are shorter and less dramatic, there are always unknowns that will influence market efficiency. Until we can accurately predict weather patterns, storm severity and the impact of climate change, catastrophe property pricing and results will be uneven.

In addition, the vagaries of the investment market and the uncertainty of future returns make it impossible to accurately predict insurer profitability. The uncertainty of future inflation, too, has a material effect on long-tail risk and the underlying loss experience. And if the industry were to experience another major event that created sufficient uncertainty about the future (like a hurricane hitting New York), any excess surplus in the industry would be wiped out and capital would be less inclined to return to the market to smooth the cycle.

All of these uncertainties mean that the insurance industry will always maintain some degree of pricing fluctuation.
Christopher M. Treanor is the president of Preferred Concepts, LLC, a specialty insurance broker and program administrator.

Last Call for the Soft Market