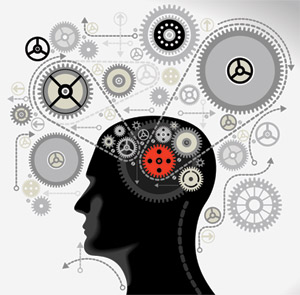 Henry Good remembers when longevity mattered. An independent risk management consultant whose career spanned 35 years at Rohm & Haas, 20 as director of insurance, Good felt the trust and respect he received from the C-suite were the direct result of that longevity. “They knew me and I knew them,” he says.

That same trust was not afforded his replacement, whom Good says did not have the same influence on decisions that he had. “He was an unknown, even though he came from within the company.” Good says this is typical of how risk managers are viewed by the corporate upper echelon. Trust and respect is earned, not part of the job description.

Good’s experience is one that is about to play out all across corporate America as baby boomers, who started retiring in 2011, head for the exit in droves. With more than 78 million boomers taking their knowledge and on-the-job skill sets with them as they leave, the risk management function is facing a serious brain drain.

The severity of the problem depends on who is doing the talking. Despite the decade-plus of discussions and alarms being sounded throughout corporate America, there are those who do not believe the problem is all that serious. A 2003 Wharton School study titled “Will There Really Be a Labor Shortage?” suggests that the expected loss of labor overall is exaggerated. The study also suggests that “employers may well face new and more difficult challenges in recruiting and hiring than previous generations faced. But the challenges have to do with changes in the employment relationship that increase retention problems, not a shortfall of workers caused by demographic changes.”

A February 2012 report from the Bureau of Labor Statistics (BLS) seems to suggest something different. The BLS states that, by 2020, there will be 10.5 million more members of the U.S. labor force. However, between 2010 and 2020, the BLS predicts a total of 54.8 million job openings, over 60% of which will be the result of current workers retiring or otherwise permanently leaving the workforce.

For the insurance industry, the need may be even greater. A 2007 study by the professional services firm Deloitte revealed that 88% of Chartered Property Casualty Underwriter (CPCU) members were 40 years of age or older, along with 70% of company adjusters. Life agents over the age of 45 made up 60% of the industry’s workforce.

No matter whose estimates are to be believed, the boomers will soon make a large impact on the economy. A recent study from the San Francisco Federal Reserve Bank suggests that an anticipated shift from buying to selling stock by the boomers could lead to a drop in real stock prices of 13%, with relatively no uptick in their levels until 2027.

From a corporate standpoint, there is more being lost than risk management expertise. According to Good, businesses will lose something just as vital: the wealth of skills that many risk managers learn over time—something that cannot be taught in a classroom.

This is because, he says, risk managers too often create an uneasy relationship with the broker community. They rely on broker advice as a sole source of information, which he says breeds an unhealthy level of dependency.

Good sees how this can develop, as he entered his risk management position in 1988 with virtually no mentoring. The risk manager he replaced was transferring to a position in London and the plan was to transition the duties and all the job particulars over to Good during the Christmas holidays.

But that was before the outgoing risk manager boarded Pan Am Flight 103, which exploded due to a terrorist attack over Lockerbie, Scotland, on December 21, 1988, killing all passengers. Suddenly, Good found himself without a mentor, without the historical knowledge of the job and no idea where or how to start.

Luckily for Good, the transition had already begun. He had already attended a conference with his predecessor and made acquaintances with some of the very people who would later come to his aid when he was flying solo.

Most experts agree that relationships are the most precarious when experienced risk managers depart. Not just client relationships, but also those among upper management and staff members can be affected. Carla O’Dell, CEO and chief knowledge expert at APQC in Houston, says the smart companies start planning well in advance of any key person’s departure. Some of her client companies recognized the problem and started planning for what she calls the “big crew change” around the same time they were preparing for Y2K.

Stephen Clarke saw it coming, too. As vice president of ISO’s commercial properties division in Jersey City, New Jersey, Clarke says identifying and monitoring emerging issues are what ISO does best. “The issue first came on our radar screen 10 or more years ago.”

Getting companies to recognize the importance of the knowledge drain is key. Lauren Trees, APQC’s knowledge specialist, believes companies already understand the value of their most knowledgeable employees. “Why do we pay someone with 20 years of experience more than the new hire? The market recognizes that tacit experiential knowledge.”

Yet ironically, some companies are still failing to fully recognize the worth that experienced workers can bring to the company. According to the Equal Employment Opportunity Commission (EEOC), age discrimination complaints or charges filed increased from 16,585 in 2005 to 23,465 in 2011.

Jay Cannon, assistant vice president and manager of FM Global’s SimZone Center in Norwood, Massachusetts, has witnessed this lack of realization for some time. He thinks the role of the dedicated risk manager is in jeopardy. He sees a wealth of knowledge that has been leeching from companies in the last 20 years as a result of outsourcing, and he fears the same for risk management. “As they retire, companies will rethink whether they need to have an individual devoted to this or can they treat it like a commodity,” says Cannon. “We’ll treat buying insurance like buying supplies; maybe give it to someone within finance or treasury. I think you will see fewer true risk managers.”

Cannon has watched as risk departments that once comprised dozens of people are now run by only a few individuals at most. And there may be no one to replace those people when they do depart. “The number of entry-level jobs just aren’t there anymore,” he says. “Companies wanting to be more competitive want someone to walk in the door and jump right in with minimal guidance and training. It’s not that simple.”

What Companies Can Do

Clarke says that mentoring programs can help less-experienced risk professionals understand what he calls elements of a correct decision. This is what mentors should be teaching up-and-coming risk managers. “If they understand your thought process in arriving at a decision, that stacks the deck in your favor.”

He says risk management can make the most impact with what he calls stories from the trenches: experiences that are tough to put into a workshop environment. Understanding where issues come up, particularly if it has happened in the past, and how the company solved it then and now, Clarke says, helps risk managers learn key thought processes.

He says education is fine, but should not be the only requirement for the job. “Education works very well in black-and-white situations and maybe even in a little bit of grey. But given the complexities of today’s business model— with black, white, grey and every other color, pattern and style out there—you need to be able to experience it firsthand.”

All the experts agree that personal interaction is important. Good believes that personal interaction builds what he thinks is one of the more essential characteristics of a risk manager: courage. Clarke illustrates why courage is needed. “It’s the first time you’re across the table from someone, if it’s a tense negotiation or a claims settlement or underwriting issue, it’s experiencing how those things are handled that will help you handle them in the future.”

It is not just mentoring and personal interaction that makes the difference. Good suggests companies look for candidates from within and do so while there is still someone senior there to train the newcomer. He says the best scenario would be for risk managers to have a financial background, and for companies to give risk managers a rotation of positions in order to gain the experience in several key business areas. “Also, you need strong support of the people working for you,” he says. “You need to have the right broker for the right reasons.”

He also suggests that risk managers learn their companies. For that, he says risk managers should be calling on people within the company to explain the intricacies of their jobs and the concerns they have to face in their jobs. In training staff, Good says that risk managers should be mentored in their primary responsibilities, but also taught to team with operations staff and attend conferences, manager training and sales meetings to further understand the business.

Knowledge capturing is not rocket science, but it takes planning. O’Dell has seen companies generally take one of three approaches when trying to capture the knowledge. First is the brain dump: the putting off of any action until someone is ready to leave then transferring only a small portion of the knowledge. Second, she says, is the implementation of knowledge-sharing systems that allow people to share what they know about solving real problems. To her mind, this is the best solution. “You hear about knowledge they have based on judgment and isn’t written down because no one ever asked that question that way before,” she says.

Third, O’Dell says companies are also hiring back their retiring talent as consultants. This can also work in cases where the remaining staff is not up to speed on the job and needs the additional mentoring by the retired person. In fact, she says, mentoring programs, apprenticeships and special assignments where people can learn skills on the job are good ways to pass on the knowledge.

Sometimes a recession can be a good thing, and in this case it may give unprepared companies a huge break. According to a 2011 Transamerica Center for Retirement Studies report, 40% of workers surveyed expect to work beyond their intended retirement date. Another 39% say that they intend to be on the job past 70 years of age.

What that means for the risk management community is opportunity. “One of the things the great recession did was defer that day of reckoning,” says Clarke. “If you missed it the first time around, you have one of those rare second chances to try to address such a critical business issue.”

While this deferment may help, knowledge transfer cannot be done overnight. Companies will soon begin losing decades of expert knowledge if they fail to act.

According to Clarke, a mentoring program will work best, and companies are wise to implement them now. “You have that second chance,” he said. “That silver tsunami is about to hit and if you haven’t already put some contingencies into place, there’s not much time left.”
Lori Widmer is a Philadelphia-based freelance writer and editor who specializes in risk management and insurance.