Amid rampant unemployment, bailouts, austerity packages, protests and a massive financial imbalance, the countries in the euro zone are locked in the turmoil of trying to exist under one currency. Will those engaged in this grand experiment pull together or will a Greek exit splinter the union’s foundation? And what will all this mean for companies in the United States? 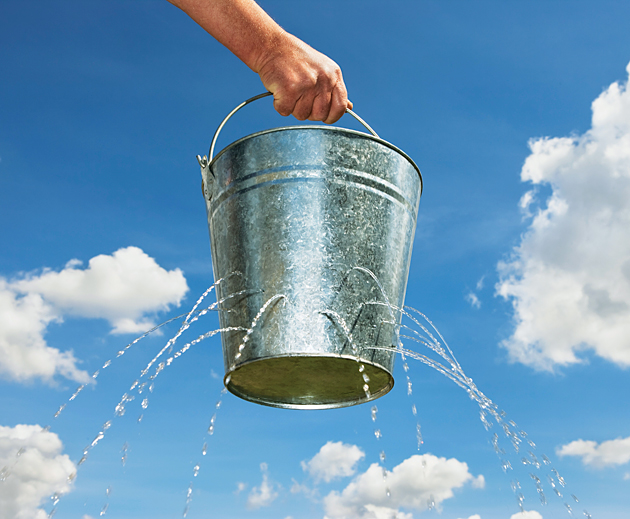 Welcome to the currency wars. An overstatement? Not if you have been paying attention to what is happening within the euro zone, where ripples in a single, congealed currency pond are causing upheaval and chaos. European countries, no longer financially independent, are struggling to find their way under a new, homogenized financial identity.

It all started with the notion of joining monetary forces in an attempt to build a stronger economic position. In 1998, 11 European Union (EU) member countries officially met the newly minted criteria to begin using the euro as their new currency.  Currently, of the 27 EU countries, 17 have adopted the euro. The idea was to meet the global financial markets with a combined strength that would be shared by countries that had less economic punch than they would on their own.

That meant nations like Cyprus, Estonia and Malta could compete. It also meant that economic powerhouses, such as Germany, France and Italy, could firm up a unified monetary policy, hand it to the European Central Bank and collaborative Eurosystem bank conglomeration for administration and inflation control, and get down to the business of increasing their financial strength globally.

A funny thing happened on the way to the bank, however. Late in 2009, investors started pulling out of the euro zone, mostly fueled by fears of a looming sovereign debt crisis. They had reason to doubt: downgrades of government debt in some of the euro zone states suddenly hung a huge question mark over the viability of a European monetary union.

The small cracks in the euro zone foundation began to widen when Greece’s over-commitment to public sector wages and pensions spearheaded its own steadily rising debt. Doubts crept into the euro zone. There was a monetary union, but fiscally it was every country for itself. That structure tied the hands of euro zone leaders, and marked the beginning of a steady decline of confidence in the euro zone as a sound investment.

The euro zone is now staring down the barrel of a full-on crisis. Greece has begun a dramatic, front-page implosion that involves everything from wages to jobs to business stability. The lack of attention to spending, coupled with Greece’s violation of the deficit and inflation limits set by the European Central Bank, sent the country into a tailspin in 2010 that even a €100 billion bailout and heavy austerity measures have not cured.

Wolfgang Koester thinks it is a house of cards. Koester, CEO of foreign exchange management company FiREapps in Scottsdale, Arizona, believes the euro zone is not set up properly from a fiscal, monetary and political unity perspective. And while politicians are doing their best to create confidence, Koester thinks the rhetoric is masking the extreme difficulty of achieving balance. “I would call it false hope.” Their corrective actions of late now have them going in the right direction, he said, “but it’s a little too late.”

The more critical issue, to Koester, is how much Germany has bought into supporting the entire euro zone financial structure. He is still surprised that the German Constitutional Court, in September, passed the latest rescue fund treaty, although the court did limit Germany’s contribution to the fund to €190 billion. The fund itself, expected to have €500 billion funneled into it by governments, has been established to provide funding for the more financially strapped countries in the union.

While the move is increasingly unpopular in Germany, the government in Berlin may not have had a choice. “If the Constitutional Court would have said the move is unconstitutional, the euro would have blown up right there,” said Koester.

Aside from where the money is coming from, there is the issue of where it is going. Doug Richardson, vice president of Global Trade Solutions for Fifth Third Bank in Winter Park, Florida, says that some of the countries not getting press are quietly dealing with their own crises-in-the-making. He says problems in Spain, Portugal and Italy should have been discussed in the media, and among EU members, much earlier. In his opinion, Spain is reaching a critical point that may evolve into a crisis situation. In fact, all of the PIIGS nations (Portugal, Italy, Ireland, Greece and Spain) are facing their own potential financial meltdowns.

Richardson says that in addition to political risks, the key trouble areas for business include contract risks and currency convertibility. “Both can be addressed with forms of hedging or insurance,” he said.

Then there is Greece. Having qualified in 2000 for euro zone member status, and having done so seemingly under false pretenses (see “Stretching the Truth” below), the country adopted the euro in 2001 and started doing business. However, thanks to rampant spending, the government tried to impose austerity measures in 2005. That worked until 2009, when the global financial crisis hit home. Greece’s national debt leapt from €168 billion in 2004 to €262 billion in 2009.

Fast forward to today. Greece is still on the precipice. Its credit rating status is negative. Protests against further austerity measures have turned violent in the streets. By September 2012, one-third of Greek businesses had closed, and unemployment nearly hit 25% (and eclipsed 50% for people 25 and under). Some workers’ wages were slashed in half. Money was being withdrawn from the banks. Greeks took to the streets to protest their government’s handling of finances and the austerity measures that have crippled the country. There are rumors that Greece will return to the drachma and leave the euro zone behind.

If Greece does leaves the euro zone, however, the result could match Koester’s suggestion: the fall of a house of cards.

Despite the efforts to collaborate under one currency, the euro zone did not build fail-safe measures into its agreements that would protect the collective against a crisis in one or more member countries. Richardson says the EU agreement failed to address what is now a critical factor—an exit strategy for countries that may need to leave the economic union in order to right themselves again. For that reason, a departure of an EU country could send financial shockwaves throughout Europe—and beyond.

So how does this uncertainty affect U.S. businesses? For the most part, businesses are responding with short-term solutions. Cash up front on purchases, says Richardson, is the order of business. As one expert put it, some companies are not holding on to euros even overnight.

Unlike the U.S. government, which oversees and acts as a backstop to the states, Europe does not have the same structure, so the guaranty is not there. Still, Richardson says efforts are underway to create something from a central-bank perspective that acts like the U.S. government or Federal Reserve. “If they can get through it, that can make the euro zone a really strong regional economic powerhouse,” said Richardson.

As of yet, Richardson says many businesses in the United States are not experiencing problems with euro zone-based business dealings, so quantifying the anecdotal tales heard in the news is difficult. Still, U.S. businesses should expect ripple effects from the euro zone.

For business owners, their level of risk starts with one question, he says: “Are they buying or selling to Europe?” Those that are doing so will naturally be affected more. But unfortunately, even those with little direct dealings remain exposed. “Some of the risks you’d need to mitigate are applicable to both of those situations,” said Richardson.

The response by businesses also depends on the day-to-day situation. Paul Dennis, research director at the Corporate Executive Board (CEB), says what Greece does next means everything to the health of global finance. “It’s not if Greece leaves the euro zone, but the manner in which it leaves,” he said.

Yet many are not expecting a messy breakup. CEB surveyed its clients in June and found that 80% are preparing for a scenario of Greece leaving the euro zone. Only one-fifth of those respondents believed that other countries would follow, however. “The great majority of our clients are preparing for an orderly, constructive Greek exit, with the proper firewalls put in place, and it not spreading into other countries,” he says.

Partly for this reason, the fallout to really worry about may be the longer-lasting effects of the debt crisis. “It has longer-term strategic questions that business must answer, [but] most businesses aren’t there yet in figuring out what those key risks will be.”

Plus, Dennis says, a sustained recession in Europe will cause companies to seek other markets and sources of growth, as well as the emergence of some smaller countries that could change the face of the competitive landscape. So far, however, the C-suite is focusing its concern on the financial and operational risks should a sudden Greek exit be followed by other countries. “In the boardrooms at the moment, it’s less about the long-term strategic impact,” he said.

There are methods to safeguard revenue, however. Dennis says companies can protect themselves against financial upheaval in other countries by planning for the worst-case scenario; have a cash-management plan, and pay attention to customers and third-party contracts. If a country changed its currency overnight, many contracts have no explicit provision defining how the payment would be handled. “If you have a contract with a Greek supplier, if they were to redenominate in drachmas, would your contracts become significantly less profitable?”

As the financial crisis plays out in Europe, U.S. businesses can find ways to protect themselves in their contracts and their collection processes in the short term. In the longer term, much depends on the euro zone’s oversight board adopting useful, enforceable measures that help to staunch the bleeding and help dress the financial wounds.

It’s not a question of if it happens, but how and when. “Not many believe the euro will disappear,” says Dennis. “But it is in severe need of reform.”
Lori Widmer is a Philadelphia-based freelance writer and editor who specializes in risk management and insurance.