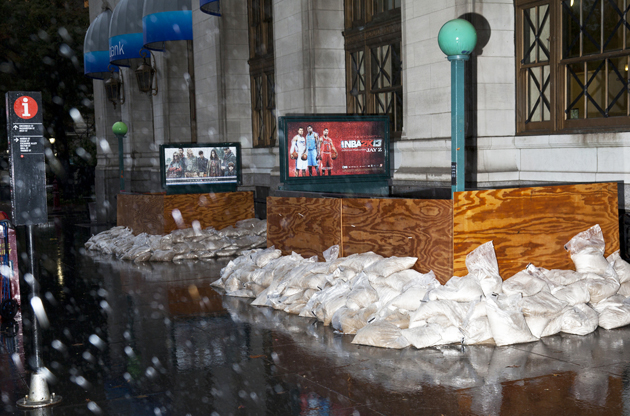 On April 6, 2009, a 6.3 magnitude earthquake struck near the city of L’Aquila in central Italy. The disaster killed more than 300, injured 1,500 and left some 65,000 homeless, while destroying much of the city’s centuries-old medieval architecture. In October, L’Aquila made headlines again when six scientists and a government official from Italy’s National Commission for the Forecast and Prevention of Major Risks were convicted of manslaughter for failing to adequately warn the public about the impending risk before the quake hit.

Understandably the court’s decision sparked outrage, particularly among the scientific community, many of whom thought that the seismologists were being unfairly attacked for their inability to predict an unpredictable event. But in reality, the case was more about poor risk communication.

In the days leading up to the quake, the convicted scientists repeatedly assured the public that, despite the recent minor tremors they had been feeling, they were in no danger. One scientist even suggested that the public stop worrying, sit back and relax with a nice glass of wine.

As they soon found out, their confidence was misplaced and the court determined that by lulling people into a false sense of security, rather than encouraging them to take necessary safety precautions that could have saved lives, these government-sanctioned experts were criminally responsible for the deaths of 309 people.

Whether or not this was a case that deserved a criminal conviction is a debate for another time and for the inevitable appeals process. It seems apparent, however, that mistakes were made in how risk was communicated (or not communicated as the case may be) in the days leading up to the disaster. Hindsight is 20/20 of course, but the way these Italian scientists dismissed the risk stands in stark contrast to the level of warning that U.S. officials offered as Hurricane Sandy approached its eventual Northeast landfall.

Granted hurricanes are much more predictable than earthquakes, but that still doesn’t make a disastrous landfall a sure thing. There are often more misses than hits—before Sandy the last two hurricanes to threaten the Northeast, Earl in 2010 and, to a lesser extent, Irene in 2011, were weaker than advertised once they made landfall in the area. Not since Hurricane Gloria in 1985 had any hurricane really done serious damage in the area.

Despite a recent history of what amounted to a series of false alarms, however, there was no shortage of reports indicating that Sandy had a very real chance of causing serious harm. Meanwhile, countless public and private organizations began issuing lists and guides on how the public should prepare. Initially, these measures had to contend with the complacency of a populace who thought it had heard it all before and figured that all it had to do to prepare for this latest, media-driven Stormpocalypse was bring in their patio furniture and stock up on alcohol. But as the storm approached, the warnings intensified in both traditional and social media in an effort to reach anyone who may have been at risk.

These warnings were also enhanced by reports of the extensive preventative measures authorities were taking. For instance, the Metropolitan Transportation Authority, which provides public transportation throughout the greater New York metro area, announced systemwide closures nearly a day before Sandy made landfall. Service announcements that on a typical day simply inform travelers of delays or new timetables began to be supplemented with photos on Facebook and Flickr showing rail workers putting sandbags in front of stations and removing essential equipment.

Most dramatic were photos of deserted Grand Central Station and Penn Station concourses—a sight that probably had not been witnessed since these two iconic train stations were opened more than a century ago. Without stating it explicitly, these images further demonstrated the potential severity of the storm in a way that could not be done by yet another address by an elected official behind a podium or live shot of a weatherman on a rain-soaked beachfront.

Essentially all disasters are unpredictable. Sandy could have blown out to sea just as easily as L’Aquila could have remained undisturbed. Unfortunately, in both instances, that was not the case. But the issue is not about the accuracy of predictions. It is about how to best prepare those at risk for a possible threat. Because even if nothing goes wrong and your constituents are annoyed that you wasted their time, at least they will still be alive to complain.