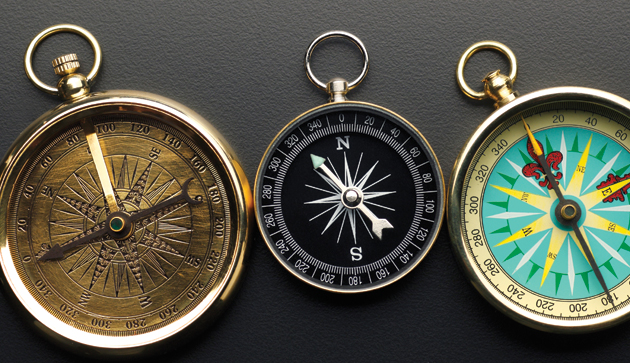 In the past, the question of whether the property/casualty market could be considered “hard” or “soft” was fairly simple to understand. Rates were either up or down, the indicators of a market shift were obvious, and insurance buyers could react accordingly. But in the years since the financial crisis, the market has defied traditional expectations. Even though insurers were suffering annual underwriting losses, prices remained low, as reduced consumer demand for insurance and increased competition among peers proved to be greater influencing factors on the market. In addition, industry surplus had reached record highs, so insured losses—even from a historic catastrophe year like 2011—could be absorbed without the need for major pricing changes.

No market cycle can last forever, however. Over the past year, rates have finally started to move upwards. By the end of 2012, MarketScout was reporting a average property/casualty rate increase of 5% over the previous year. This slow but steady increase has been driven by continued underwriting losses, but it has also been the product of persistently low interest rates that have reduced investment income and made underwriting losses less tolerable to insurers.

So while insurance buyers should expect modest policy rate increases throughout 2013, particularly on vulnerable lines like disaster-exposed property coverage, most experts agree that a shift to a traditional hard market is unlikely. This is because the underlying market conditions that have constrained rates over the past few years remain. For the near future, these factors—reduced demand, increased competition and record-high surplus levels—should outweigh insurers’ desire for higher profit margins.

For the second year in a row, the property/casualty industry saw an increase in net written premiums of about 3%, according to projections from ratings agency Fitch. Once again, however, the industry experienced an overall underwriting loss, this time of $14.5 billion, which is actually an improvement over its $35.4 billion loss in 2011.

While investment income remained sluggish in 2012—and well below its 2007 pre-financial-crisis peak—the industry’s net income, estimated at almost $28 billion, is a 40% jump over the previous year. Coupled with record policyholder surplus levels, which exceeded $580 billion at the end of the third quarter, these numbers paint a picture of an industry that was on strong financial footing—just in time for one of the costliest hurricanes to ever hit the United States. 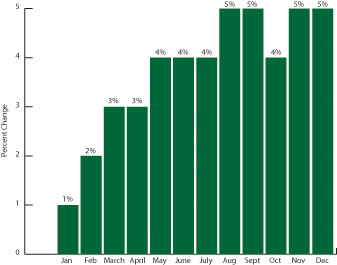 Before Hurricane Sandy made landfall near Atlantic City, New Jersey, on October 29, U.S. catastrophe losses were about half of what they had been in 2011. After Sandy, the story changed entirely, turning 2012 into yet another historically costly catastrophe year.

Although Hurricane Sandy struck in the fourth quarter, making its exact financial impact on the insurance industry unknown for now, insured loss estimates from risk modelers RMS, AIR and Eqecat have ranged anywhere from $10 billion to $25 billion. Taking a midpoint projection of $18.8 billion would make Hurricane Sandy the third most costly hurricane in insurance history after only Katrina and (an inflation-adjusted) Andrew, according to the Insurance Information Institute. When looking at all insured disasters, Sandy would be the sixth most expensive event in history, and given that this estimate might prove to be low, Sandy could very well move up the list after all the data is in. (The five more costly are Katrina, Andrew, the 2011 Japanese earthquake/tsunami, September 11 and the 1994 Northridge earthquake that struck near Los Angeles.)

For all of those affected by the disaster, these numbers are merely academic. But from a financial perspective, the strength of the insurance industry pre-Sandy meant that even a disaster of this magnitude could be covered.

Early returns have also seemed to support the fact that Sandy will not be a harbinger of a drastic market shift. For instance, Marsh’s Global Insurance Market Quarterly Briefing indicated that while rates were still firming in the fourth quarter of 2012, they were doing so at a slower pace than what had been seen previously, despite insurers now having to contend with Sandy-related costs. “While Superstorm Sandy caused some insurers to suffer significant losses, we do not expect it to be a market-changing event,” said Dean Klisura, Marsh’s U.S. risk practices and specialties leader. “Insurers remain well capitalized, with most of them unlikely to reduce their capacity in 2013.”

Klisura noted, however, that some insurers will be aggressively pushing for rate hikes in 2013. As a result, policyholders may find it hard to get price cuts on property policies any time soon. “This is especially true for those with losses from Sandy,” he said. “Flat or declining premium rates at renewal typically are likely to be reserved for insureds with favorable loss histories and low catastrophe exposures.”

Sandy’s impact on policyholders, therefore, is not expected to be the same across the board. Many insurers will increasingly judge risk on a policy-by-policy basis while using a wider range of supporting data than they may have previously employed to set prices.

“Sandy likely will be an earnings event for most carriers,” said Randall Schreitmueller, vice president of global services and market relationships at FM Global. “It may not affect capacity, but insurers will have a sharper eye on nat cat terms, conditions and pricing.”

In some respects, the industry’s reaction to Sandy reflects the complexity of today’s property/casualty market. There are now so many tools and so much easily accessible information to help insurers better assess and price risk. At the same time, many policyholders have become much more sophisticated when it comes to managing their risks, which has created organizations, even within the same industry, that have vastly different risk profiles. So, with a solid capital base as a stable starting point, many more insurers have opted to price risk to the individual buyer rather than just issue blanket increases or decreases for all clients and all exposures.

As a result, some experts are suggesting that the concept of a black-or-white, hard-or-soft, market may be developing more shades of grey. “The traditional definition and historical length of a hard or soft market is evolving for reasons like the speed with which capital moves in a global economy,” said Dax Craig, CEO of Valen Technologies, a data and analytics provider for property and casualty carriers. “While pricing increases are expected in a hardening market, carriers are facing more complex market conditions overall.”

These complex conditions create competing pressures that seem to balance themselves out within the market. On one hand, for instance, Hurricane Sandy will cost insurers dearly. But on the other hand, the industry can afford it. Or, as another example, underwriting and investment losses are becoming unsustainable but, in a struggling economy, price increases may not be prudent in the face of reduced demand and fierce competition.

Barring an unforeseen catastrophic or economic event that disrupts this fragile balance, what this means for the property/casualty industry in 2013 is that policyholders will likely experience a more efficient, intelligent market. Some rates may increase, but they will do so in a manageable way based on a true reflection of a company’s risk profile.